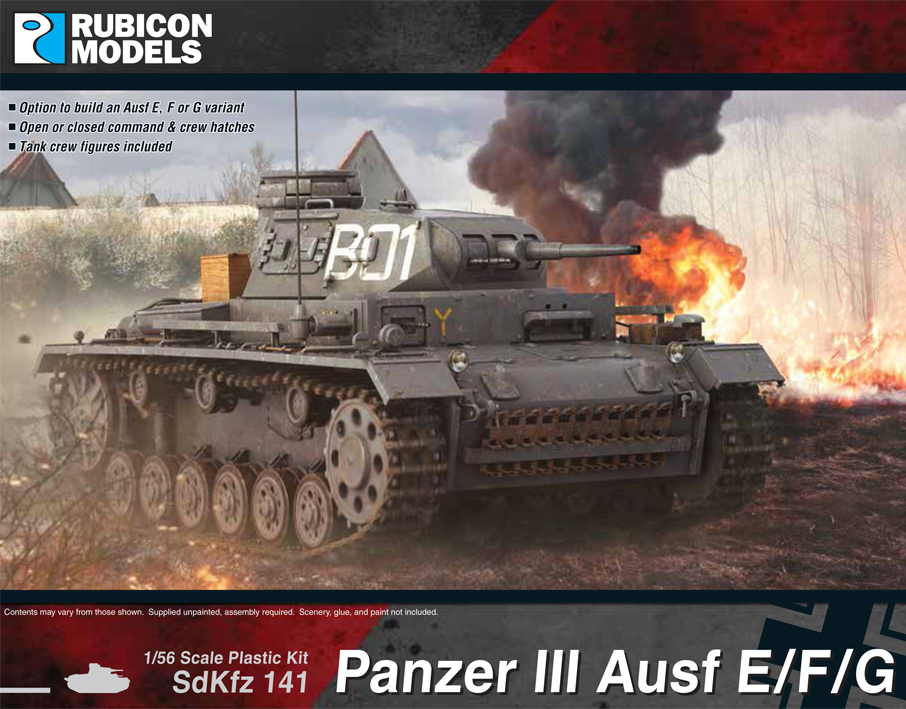 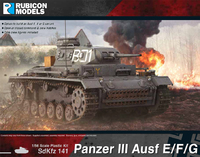 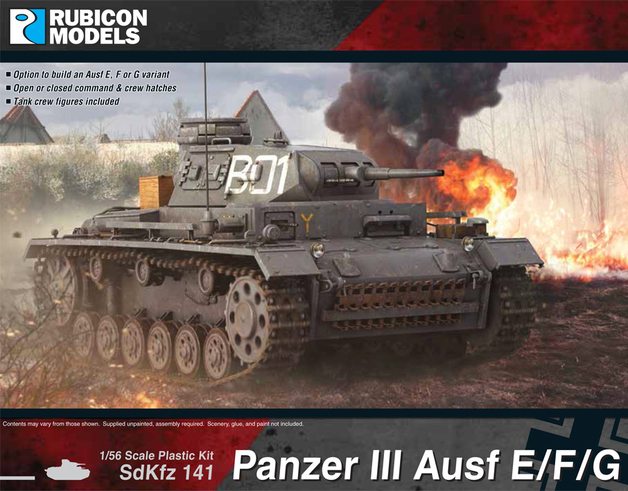 Rubicon kits just keep getting better & better. The level of detail on a relatively small scale kit is fantastic & as with most Rubicon kits there are heaps of building options. Track detail is also an improvement on previous Rubicon kits. I don't think you will find a better panzer III in this scale & will rival many larger scale kits.

The Panzerkampfwagen III (SdKfz 141), commonly known as the Panzer III, was a medium tank developed in the 1930s by Germany, and was used extensively in WW2. It was intended to fight other armoured fighting vehicles and serve alongside and support the similar Panzer IV which was originally designed for infantry support. However, as the Germans faced the formidable Russian T-34 tanks, more powerful anti-tank guns were needed, and since the Panzer IV had more development potential with a larger turret ring, it was redesigned to mount the long-barrelled 7.5cm KwK 40 gun. The Panzer III effectively swapped roles with the Panzer IV, as from 1942 the last version of Panzer III mounted the 7.5 cm KwK 37 L/24 that was better suited for infantry support. Production of the Panzer III ceased in 1943. Nevertheless, the Panzer III's capable chassis provided hulls for the Sturmgeschütz III assault gun until the end of the war. A total of 5,774 were produced between 1939 and 1943.

The Ausf E was the first version of the mass produced Panzer III tanks. The Ausf E, armed with either a 3.7cm KwK 36 L/46.5 or a 5cm KwK 38 L/42 gun, was fitted with torsion bar suspension with six roadwheels on individual swing axles. Three track return rollers were positioned above the road wheels. A few Ausf E saw combat in Poland in 1939.
The factory painted dark grey (dunkelgrau RAL46) and dark brown (dunkelbraun RAL45) camouflage pattern was discontinued by order dated July 31, 1940. They were painted dunkelgrau after that date. Most were used in the invasion of Holland, Belgium and France in May 1940.

The Ausf F was initially armed with a 3.7cm KwK 36 L/46.5 gun and later up armoured and fitted with 5cm KwK 38 L/42 gun. Armoured vents were fitted to the turret roof and rear engine deck to enable it to cope with the dust and heat of the North African desert. Paint was dark yellow (dunkelgelb) with extensive usage on the Eastern Front.
The Ausf G was produced between March 1940 and early 1941. The first Ausf G tanks were armed with 3.7cm KwK L/46.5 guns. Some took part in the invasion of Holland, Belgium and France in May 1940. After experience during the Battle of France, some were upgraded with a 5cm KwK 38 L/42 gun. They were used on the Eastern Front and in North Africa. Rear turret stowage boxes were sometimes fitted later.

This product is supplied unassembled and unpainted. Glue and paints not included 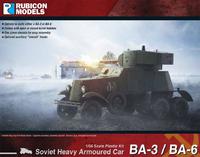 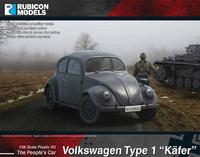 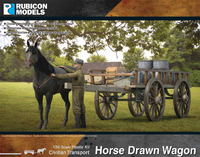 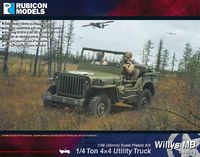 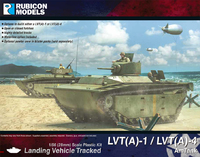 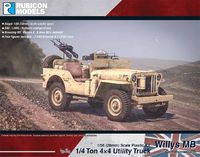 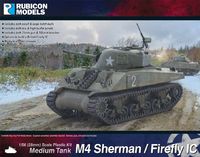 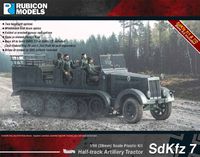 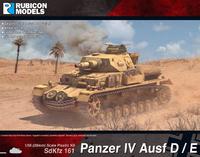 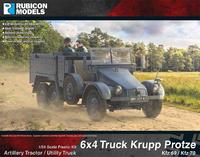