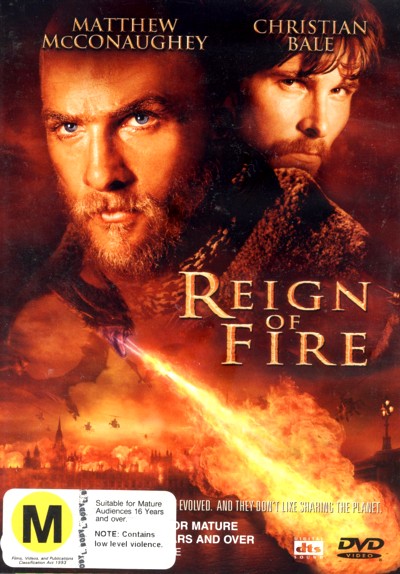 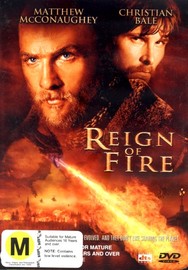 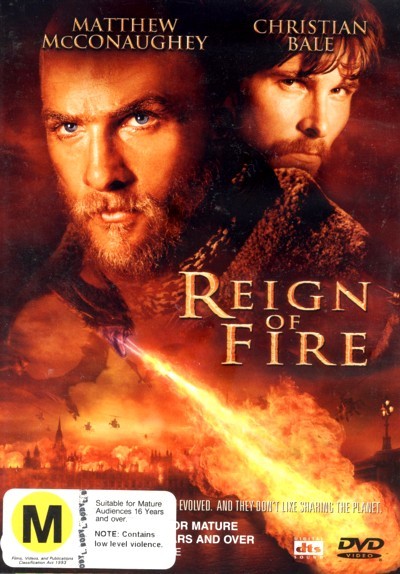 One of the better movies I've seen about dragons

It was surprisingly good, I watched this years ago but it was cool to see so many actors in a decent film with cool dragons. Loved it.

In present-day London, twelve-year-old Quinn watches as his mother, a construction engineer, inadvertently wakes an enormous fire-breathing beast from its centuries-long slumber. Twenty years later, much of the world has been scarred by the beast and its offspring. As a fire chief, Quinn (Christian Bale) is responsible for warding off the beasts and keeping a small community alive as they eke out a meager existence. Into their midst comes a hotshot American, Van Zan (Matthew McConaughey), who says he has a way to kill the beasts and save mankind – away Quinn's never seen done. Directed by Rob Bowman (“The X Files”), “Reign of Fire” fuses a medieval past with a post-apocalyptic future in this exciting tale of adventure and survival.