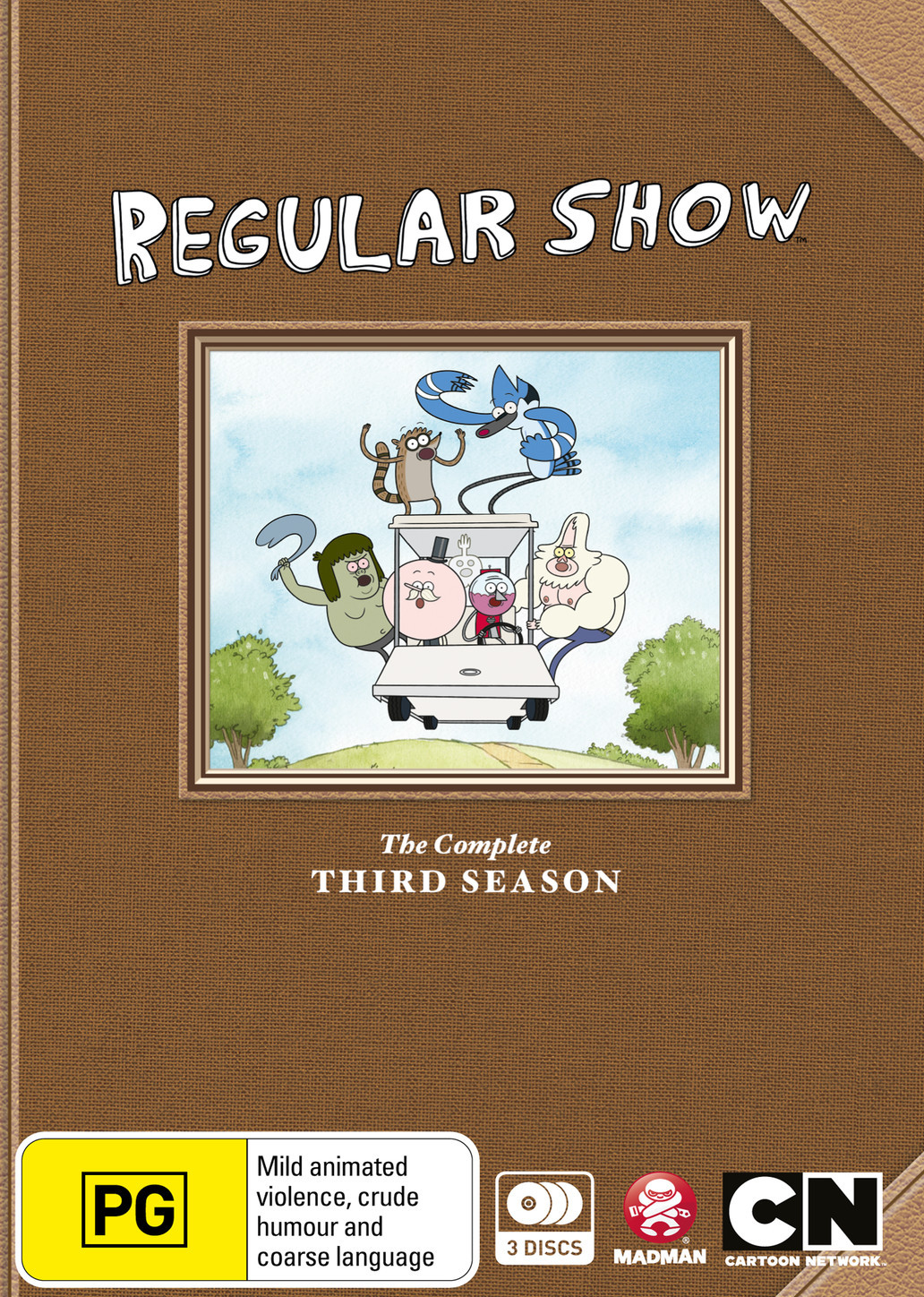 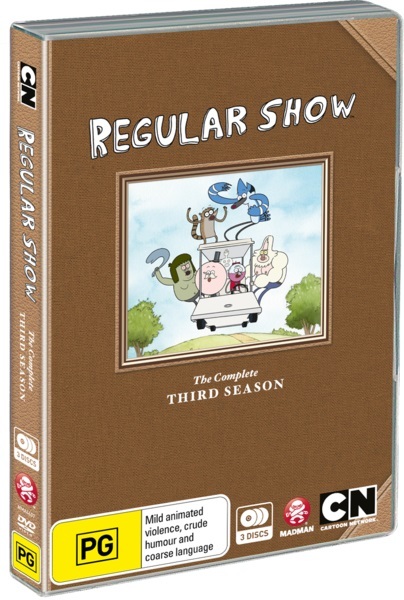 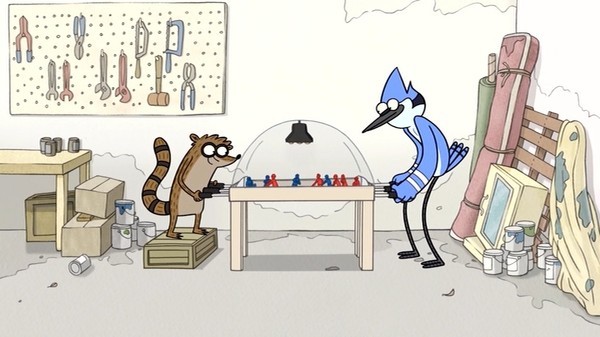 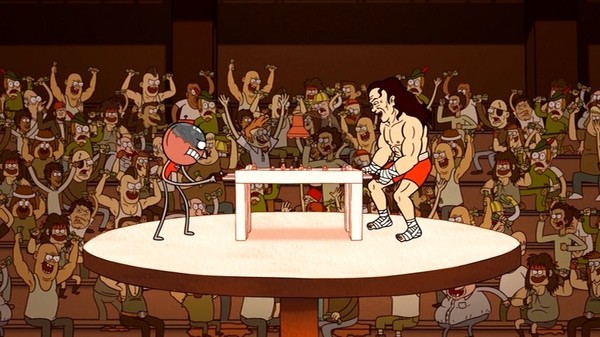 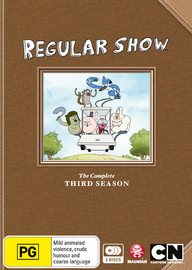 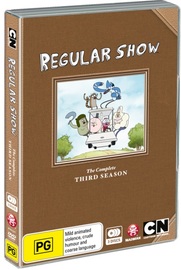 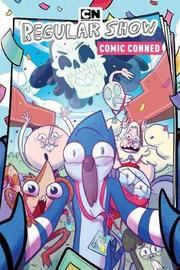 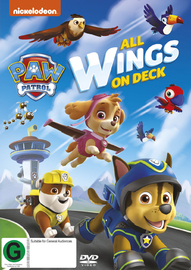 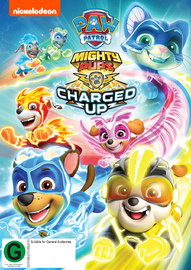 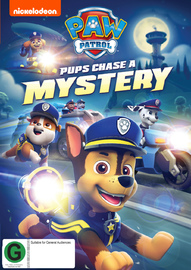 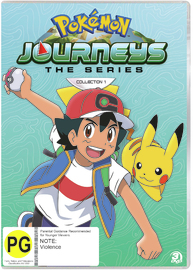 $25.00
Pokémon Journeys: Collection 1
DVD
In stock - get it today before 6pm with Jungle Express 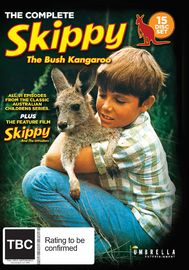 $80.00
Skippy: The Complete Series + Intruders
DVD
In stock - get it today before 6pm with Jungle Express 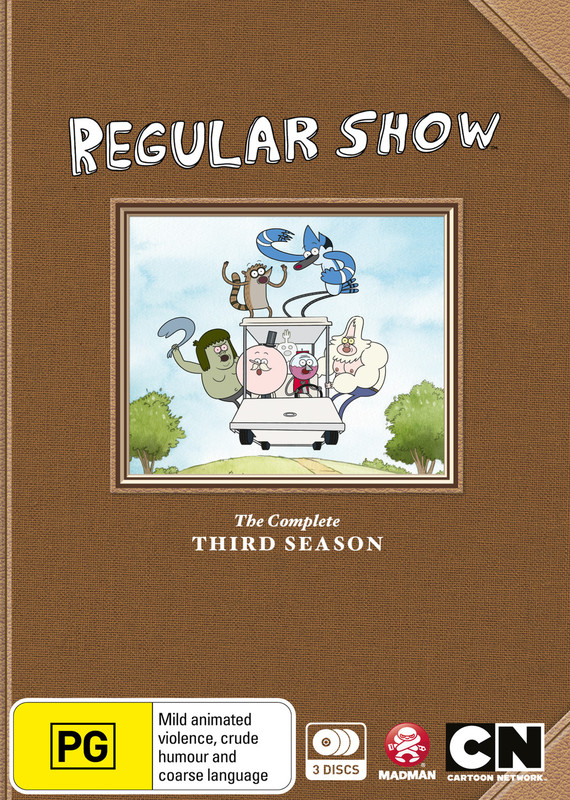 Have you heard the expression ‘Do one thing and do it well’? Let's say that the one thing you do well is slacking off. Well, that would make you a lot like two of the most notorious slackers in history, Mordecai and Rigby. Now, these two are slack – really slack! But that doesn't mean don't keep busy – there are plenty of fun-filled activities like camping, slam dunking, and gut modelling to enrich their lives.

“quirky animated series from creator J.G. Quintel that, along with Adventure Time, [puts] the network back on the map – the series follows the adventures and misadventures of two best friends and park groundskeepers Mordecai, a blue jay and Rigby, a raccoon. The pair’s only motivation seems to be their relentless pursuit of avoiding work at all costs, so much so that it often leads to extreme and fantastical outcomes…Cartoon Network continues the trend of surreal and inventive animation with a wry and at times cynical sense of humor..an enjoyable and fun series” blu-raydefinition.com

“Regular Show is one of Cartoon Network's most zany and original animated series in years. It's something that harkens back to the Cartoon-Cartoon days of the network, and the greatest years the network had with shows like The Powerpuff Girls, Dexter's Labo­ratory, and Johnny Bravo. The comedy style seems to be a bit of a blend between Adult Swim productions (with humor that seems aimed at a slightly older audience) and traditional Cartoon Network shows. This is a great series for audiences of all age, but it will be most enjoyed by twenty to thirty-something people who still love cartoons.” DVD Talk

“..Imagine my surprise when I pop in this DVD and find out I’ve been missing out on what might possibly be one of the funniest shows currently airing on Cartoon Network. The humor is surprisingly adult and hilarious and the characters are odd enough to be likeable as well as humorous simply due to their appearance. The series follows two animal friends who work at a park and continually screw up the jobs they are expected to perform and complete. The animation is fun, the goofy adventures amusing and is overall a surprisingly well done series.” screen-connections.com

“..It is created by J.G. Quintel (“The Marvelous Misadventures of Flapjack”, “Camp Lazlo”), who also voices the lead character Mordecai on the show. This guy is a complete genius. This show is not only funny, it is also ridiculously clever and sharp. There is not one episode that passes that I am not dying laughing at some point…If you are a fan of other Cartoon Network shows like “Adventure Time”, I highly recommend this series.” mediamikes.com