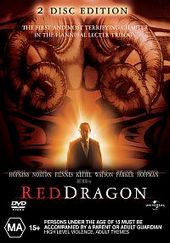 Adapted from Thomas Harris' first Hannibal Lecter novel, Red Dragon is the second big screen version of the book, following on from Michael Mann's Manhunter. FBI profiler Will Graham (Edward Norton) is ushered out of retirement by boss Jack Crawford (Harvey Keitel) to help catch serial killer The Tooth Fairy (Ralph Fiennes), who targets families each lunar cycle. Graham has an uncanny ability to project himself into the minds of his criminal prey, and decides to consult former mentor Dr. Lecter (Anthony Hopkins) on the Tooth Fairy case…