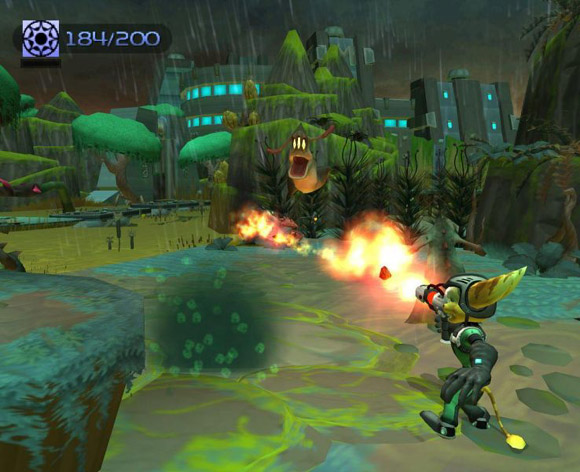 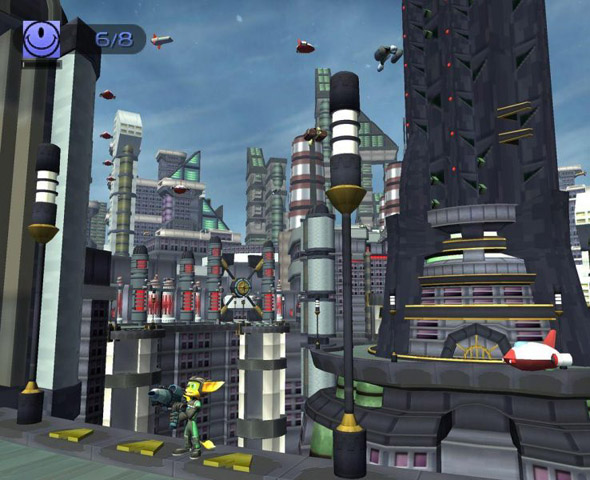 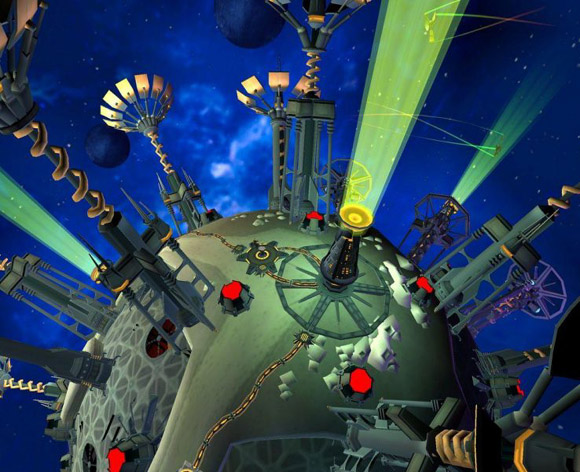 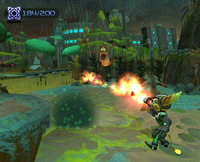 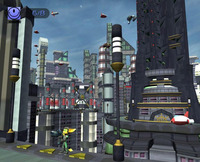 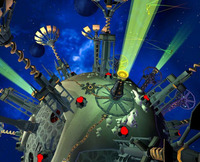 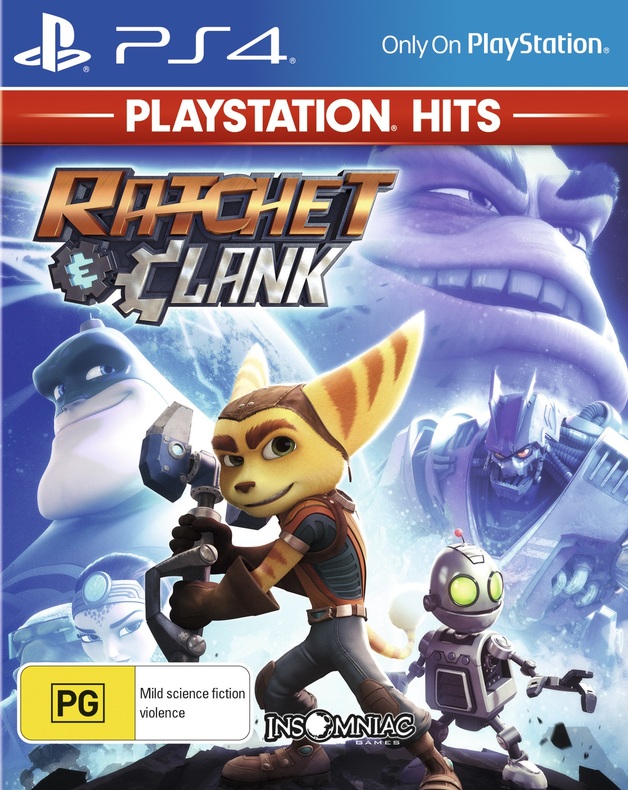 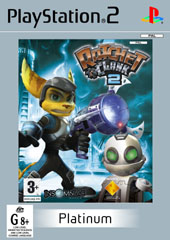 For some reason i enjoyed this game less than the original. Here's what I enjoyed.

The leveling up of the weapons. If you used weapons enough, they leveled up making them stronger. Space battles. While these were easy, they provided a change to the running/shooting gameplay.

The Arena battles and racing were good but got quite tiresome near the end of the game.

I did not like the actual gameplay though. At the end of the game enemies have annoying amounts of health and you just have to chew slowly through them. The last two planets I just chucked on a shield and jogged past all the enemies. I was bored and wanted to see the outcome which was disapointing.

I would suggest buying Jak II to be honest. People say you should get both but this isn't as good.

0 out of 1 people found this review helpful.
In Ratchet & Clank 2, the two unlikely pals team up again for an all-new sci-fi adventure combining action-platform, exploration, adventure, puzzle-solving, strategy, role-playing and racing into one compelling experience resulting in plenty of explosions and devastation.

Mr Smiles, the head of Megacorp, has come up with a fantastic new product! It's a super â€“ cute creature called the "Protopet" which he wants to sell to every house in the galaxy. When the prototype is stolen, Mr Smiles hires in Ratchet and Clank to help him get it back. Slowly they begin to realise that maybe the thief isn't necessarily in the wrong, and maybe the Protopet isn't quite as sweet and innocent as it seems... It's all going to go horribly wrong and only Ratchet and Clank can put it right and find out who's really behind all the mayhem.

Condition
Used - Like New
Used but in perfect mint condition with all original manuals and packaging.
Seller Details
GigabyteGaming 5 stars Ships from Dargaville

Comments: No marks on disc, Extremely good condition for age. I post every Weekday via CourierPost