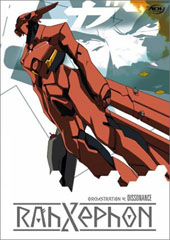 Due to COVID-19, we're unable to accept orders for non-essentials items at this time. Learn more...
Tremors ripple through the city as new Dolems attack, but the most dangerous shock waves of all are the mental assaults that now threaten to overwhelm Ayato's grasp of the physical world itself. As new players enter the deadly game between the humans and the Mu, the young pilot finds himself alone and without backup, struggling to rebuild the foundation of his own reality as the universe threatens to collapse beneath him. The secrets of Ixtli begin to reveal themselves in the fourth shocking volume of RahXephon!