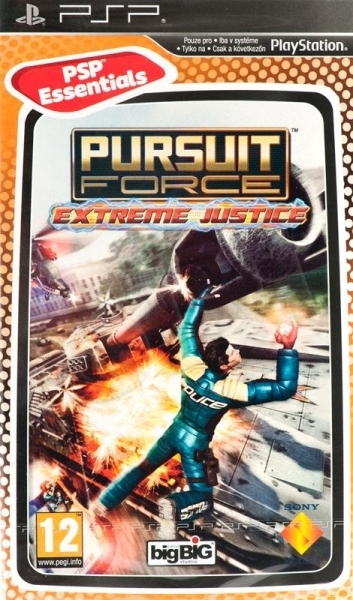 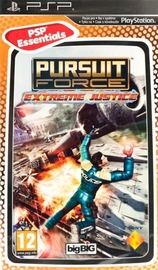 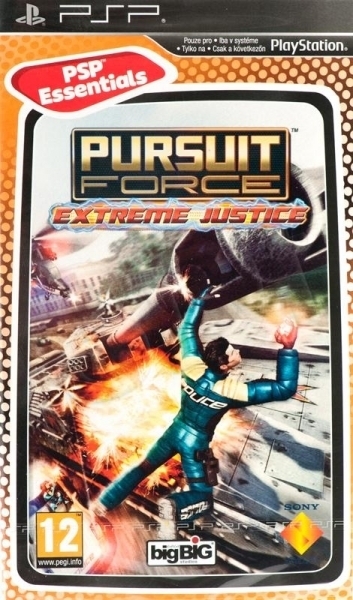 Pursuit Force: Extreme Justice follows hot on the heels of its predecessor with an action-packed Hollywood-style blockbuster for PSP and PS2 that demands new levels of speed and a fresh approach to law enforcement, as the Pursuit Force are called upon again to save Capital City from a scourge of gangs terrorising the streets. The Convicts and Warlords are back and the new gangs ripping Capital City apart are:

With the new gangs turning the city into a warzone, and with a new heavy handed rival arm of the police (Viper division) for the Pursuit Force to contend with, Extreme Justice is packed with new features to help the Pursuit Force rid the streets of crime. The chase becomes more lethal with faster and larger vehicles to jump between including gigantic tanks, trains and even the wings of an aeroplane. Bigger and better bad guys deliver epic boss battles, as the war on Capital City’s gangland reaches anarchic proportions.

Versatility is key, with a variety of vehicles available, including a bike and sidecar, jet skis and a hovercraft to ensure the Pursuit Force stay one step ahead of the criminals. Switching seamlessly between vehicle and ground combat, players can take out bad guys on foot in classic Hollywood cop style, and in vehicles, including a helicopter, with mounted high calibre guns for maximum destruction.

Other new features include (for PSP) four-player wi-fi and two-player split screen multiplayer (on PS2), a “Justice Bar” which offers the chance to regain strength and prolong a mission, three difficulty levels and finally, new recruits – the Pursuit Force: Extreme Justice Division has expanded and now comprises of Sarah (Air Support), Gage (High Speed Pursuit), Ash (Special Operations) and Preach (Heavy Assault) to support and interact with the player as they take down the gangs and save the city.

The blockbuster action in Extreme Justice is set to an all new Hollywood inspired storyline, making this the classic action sequel of the summer. With death defying jumps from vehicle to vehicle (also shown in ultra motion), extreme modes of transport and merciless gangs, Pursuit Force: Extreme Justice is well-equipped to be the PSP and PS2 action game of the year.