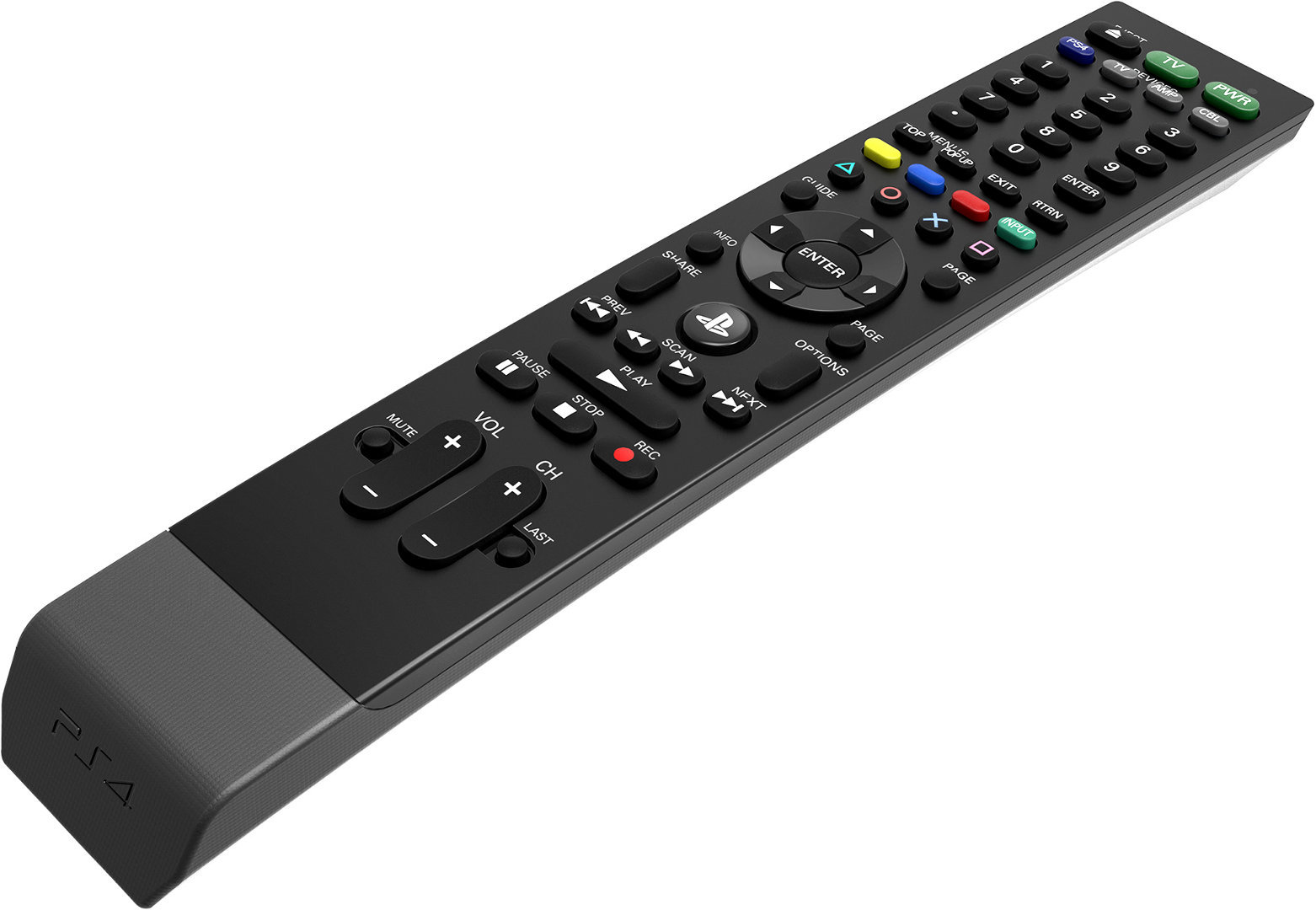 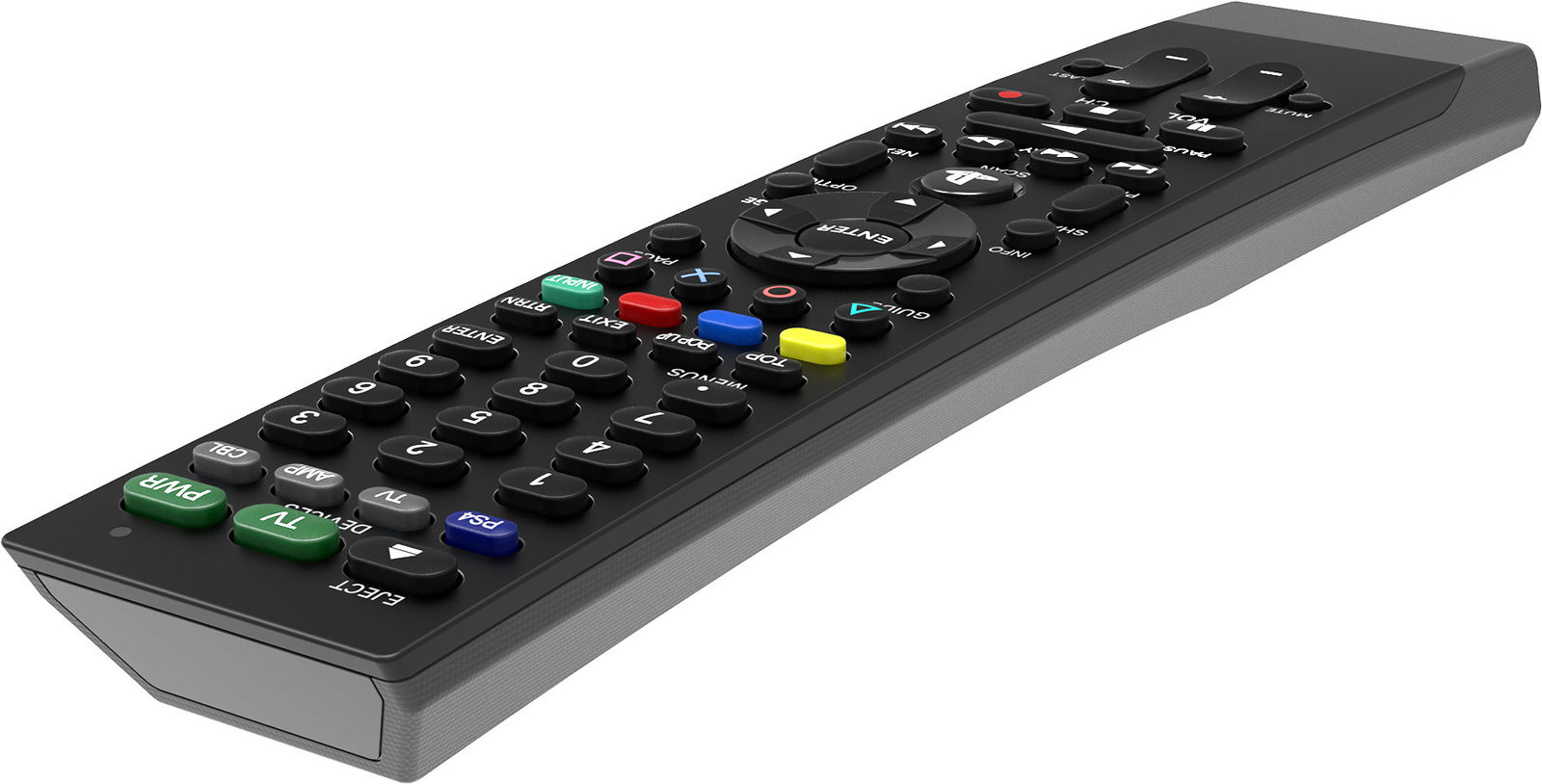 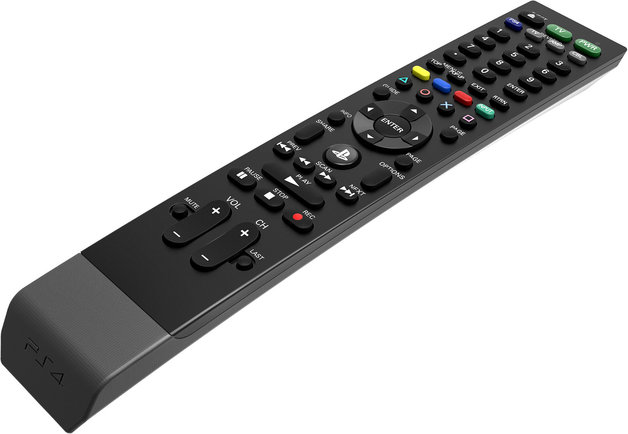 Really impressed with this remote, it controls my PS4, Amp & TV!! Easily linked up and haven't had any issues. Recommend to anyone as a 3 in 1 solution. Especially awesome for on demand & Netflix use.

This controls the PS4 brilliantly. It also controls the TV effortlessly. And we also use it to control the amplifier that the PS4 sound is hooked up to. It was ridiculously easy to program the TV and Amp to the remote, two buttons did the trick. Now we have one remote to control our entire entertainment system instead of 3. Fantastic product.

Like the others said about it,I concur. We have 3 of these units,and they are great for what they are. NOTE,the PS4 is turned of by the PLAYSTATION button on this unit the same as on A PS4 CONTROLLER,so the person above that complained about this feature on the remote has a mute point. For this unit to turn of the PS4 by one switch press,RATHER THAN NAVIGATING THE MENUS ON THE PS4 ITSELF,MEANS the firmware on the PS4 would have to be rewritten for that to happen,disregard that complaint.The PS4 when a person shuts it down by a CONTROLLER IS DONE THE SAME WAY. This is the BEST ULR you will find for this price and we got ours on a 50% sale,which was really awesome. Programming soft keys manually can be trickier than other ULRs out there,but just be patient,and keep re entering the code if at first it doesn't register,or pick another soft key.

Enjoy a convenient and intuitive way to navigate and control your favorite PS4 entertainment Apps and Blu-Ray Disc player right from your couch. The remote uses Bluetooth to control your PS4 system and can also be setup to control up to three additional devices, including a TV, cable box and audio receiver.