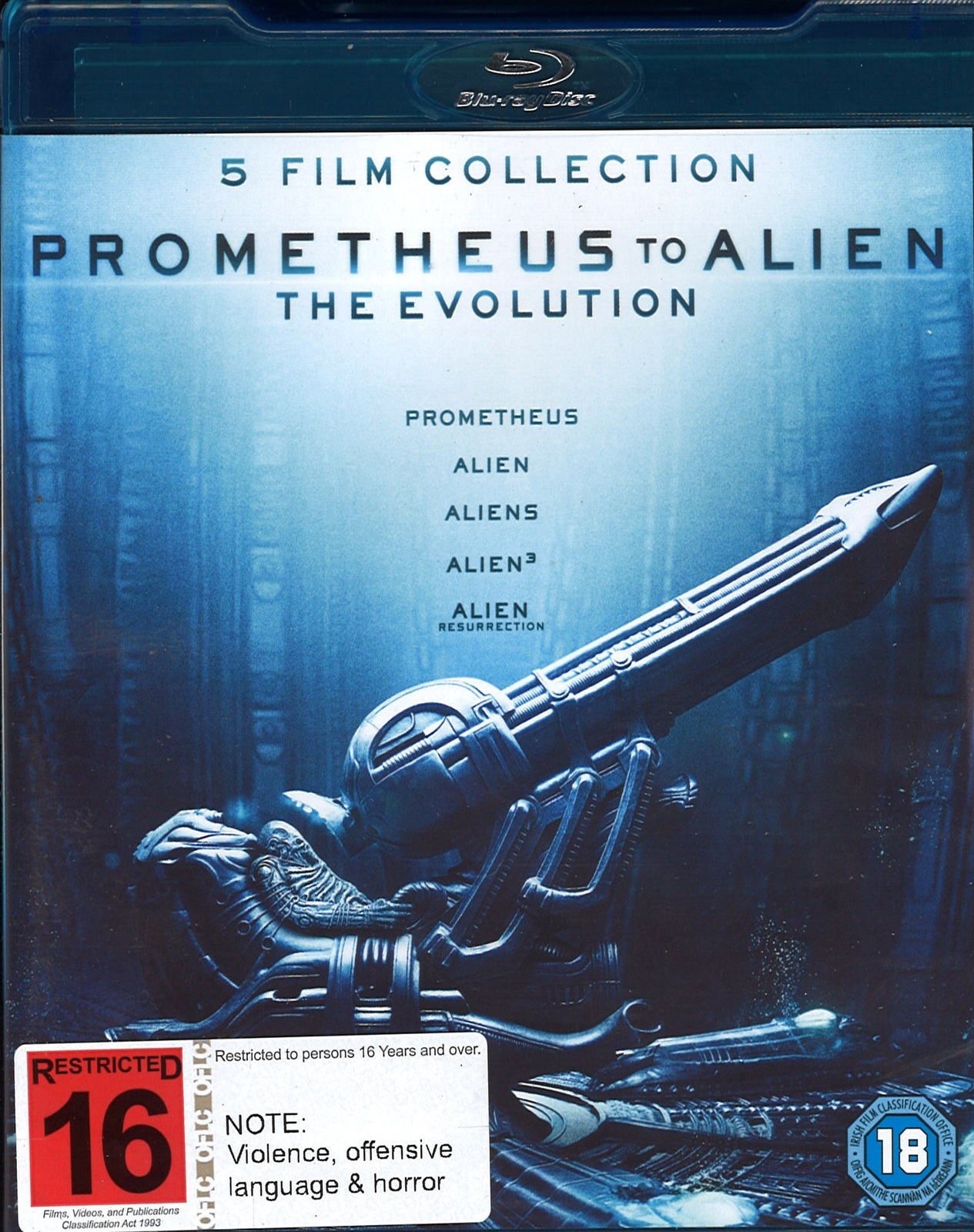 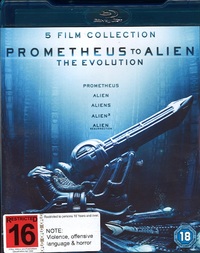 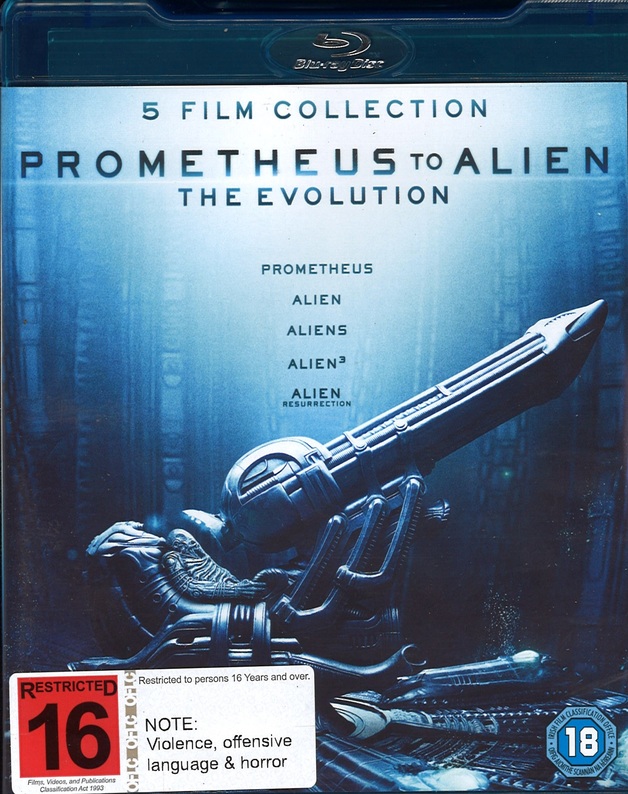 All four films in the ‘Alien’ saga, plus the prequel ‘Prometheus’.

In ‘Prometheus’ (2012), after finding fragments of Alien DNA, a team of scientists known as The Company travels into space aboard the state-of-the-art Prometheus spacecraft to investigate the origins of human life on Earth. Their journey takes them into the darkest corners of the universe – but, to their horror, their very inquisitiveness ends up posing a threat to the future existence of humankind.
The scientists now find themselves tested to their mental and physical limits as they fight a desperate battle to preserve the future of the human race.

In ‘Alien’ (1979) the crew of a deep-space mining vessel come across something decidedly unpleasant on a mysterious planet. After leaving the desolate planet, they realise that something has survived and is on their ship.

In James Cameron's sequel, ‘Aliens’ (1986), sole survivor Ripley (Sigourney Weaver) and a team of Space Marines return to the alien's home planet to investigate some mysterious happenings, but soon a new deadly game of cat-and-mouse begins.

In David Fincher's dark and brooding ‘Alien 3’ (1992) Ripley crash lands on an old prison planet for convicted murderers – but something has hitched a ride with her.

Finally, in Jean-Pierre Jeunet's ‘Alien Resurrection’ (1997), two hundred years after Ellen Ripley died bearing the Alien Queen, a group of scientists successfully produce clones of both her and the alien.
The new Ripley is different to the original in several respects, but some things never change. It is not long before Ripley is forced to team up with a gang of smugglers to repel the acid-blooded killing machines.