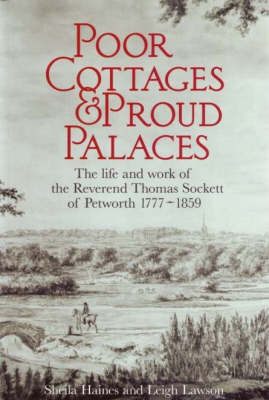 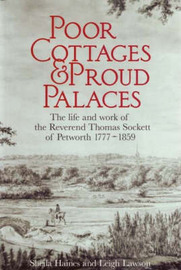 The Dream
by Leigh Lawson ~ Paperback / softback
$41.00
In stock with supplier 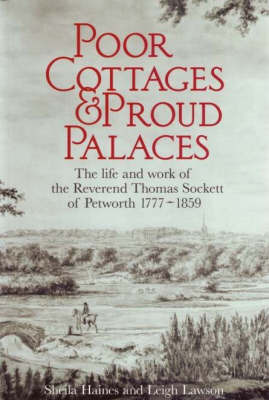 Unavailable
Sorry, this product is not currently available to order
Born in east London, the son of a Nonconformist, impoverished bookseller, Thomas Sockett's youthful skill with the fashionable electrical shock machine opened up his intellectual and geographical horizons, introducing him to the poet, William Cowper, in Buckinghamshire, and the writer, William Hayley, who took him into Sussex. Tom was then sent to Sheffield Park to help Lord Sheffield produce Edward Gibbon's Memoirs. Two years later, he moved into Petworth House as tutor to the sons of the third Earl of Egremont and Elizabeth Ilive. His journal written between 1805 and 1807 - included here in full - reveals fascinating details of his life in the 'Friendly Palace'; teaching the Wyndham boys; playing tennis and hunting with aristocratic French emigres; serving in the yeomanry, and finishes as he goes to Oxford sponsored by the Earl who presented him with the rectories of North Scarle in Lincolnshire, and Duncton and Petworth in Sussex.His family life, work as an Anglican rector, and aide to the Wyndham family, is revealed in the multitude of his letters and business papers in the "Petworth House Archives". Responsible for dispatching 2,000 emigrants to Canada, he fought the stringencies of the 1834 Poor Law Amendment Act, and Hawley, the Assistant Poor Law Commissioner, on behalf of his poor parishioners and appeared before three Parliamentary Committees. George Sockett, his eldest child, emigrated to Canada and it is there that Sockett's descendants have flourished. His great-great-great-grandson, Gary Wilson, has contributed a final chapter on the history of the family in Ontario.

Sheila Haines, MA PhD, was born in Crowborough, Sussex, and lives in Brighton. As a mature student she took a BA at the University of Sussex followed by post graduate studies in English and History and a Certificate in Education. Sheila taught history for many years for the Centre for Continuing Education, University of Sussex. She edited No Trifling Matter (University of Sussex, 1990) an account of the voyage of the Petworth ship British Tar, written by members of her Worthing Adult Education study group. In 1990 she began research for Wordforce and the Jackman Foundation, Toronto, into the history of the Petworth Emigration Scheme; two books were published in Canada in 2000: Assisting Emigration and English Immigrant Voices. Since No Trifling Matter Sheila has had a continuing interest in the organiser of the Petworth scheme, the rector Thomas Sockett. She has lectured extensively and written many articles on emigration.Leigh Lawson was born in Littlehampton, grew up in Horsham and now lives in Worthing. On leaving school, she studied textiles and theatre design at West Sussex College of Design and worked in theatre wardrobe for seven years. She was a contributor to No Trifling Matter and assisted greatly with the genealogical research in the UK for the database of emigrants, an important part of the Petworth books. She organised the Anglo-Canadian launch of these books at Petworth House. She has compiled an updated list of post-1837 emigrants on the Petworth Emigration website. At the request of the Hon. H. N. R. Jackman of Toronto, Leigh has written a genealogical history, The Jackman Family in West Sussex 1565-1836. Sheila and Leigh are partners in Kinship, which specialises in genealogical research in Sussex.
Release date NZ
September 23rd, 2007
Author
Country of Publication
United Kingdom
Illustrations
illustrations throughout
Imprint
Hastings Press
Pages
304
Dimensions
165x220x25
ISBN-13
9781904109167
Product ID
1753170