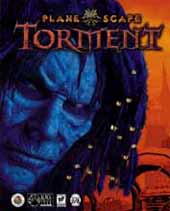 Unavailable
Sorry, this product is not currently available to order
This special bundle contains Planescape: Torment and the action RPG Soulbringer.

The Planescape 'multiverse' is the setting for the game - but setting is actually a misnomer... the Planescape multiverse is actually composed of a series of 'planes' (other dimensions) that rotate around a central city, Sigil, like spokes on a wheel.

The city of Sigil is the central fixture of the Planescape multiverse. Also called the 'Cage' or the 'City of Doors', it's unique in that scattered throughout its labyrinth of streets are portals (some hidden, some obvious) that lead to anywhere in existence, provided you hold the proper key. It is neutral ground and watering hole for races and creatures from across the multiverse, all under the watchful eye of the Lady of Pain, the enigmatic ruler of the city.

The world of Planescape is a more adult, hard-core fantasy setting compared to other AD&D worlds. The architecture, the people, the creatures -- everything has an edge to it. Belief, emotions, faith, and other abstract concepts actually make their presence felt in reality. In the Planescape multiverse, belief has the power to reshape worlds, kill and resurrect beings, and change the laws of physics.

You play a scarred, amnesiac immortal in search of his identity. You awake on a cold stone slab in the Mortuary of the City of Sigil. You have no idea how you got there, who you are, or any of your past identity(s). You must escape and explore the strange world to uncover the secret of your death and rebirth. Each time you take enough damage to kill a standard mortal, you fall into a deep coma, eventually to reawaken ready for more...

You define yourself through your actions, NOT through a character generation screen. You start the game with the barest of skills and abilities. Your actions in the game define how you develop - you decide how strong you will get, which career path to follow, which skills you will learn, etc. The game allows you to build your character to suit your gaming style.

The Planescape multiverse is a setting like you've NEVER experienced before. It gouges you with sharp-edged visuals, bizarre adversaries that can murder you with an idea, and strange magics that unravel common conceptions about physics and metaphysics. Explore Sigil, a city of magic and industry, barnacled within the polluted interior of a hollow doughnut where the mightiest angels and the vilest fiends will invite you to tender your views on how mortality affects the physical and emotional relations between the sexes. Manage a party of the strangest allies to walk the face of alternate planes... and count on them to be highly unpredictable. Encounter items with personalities - weapons that sing, get jealous, or even become cowardly when drawn from their sheaths.

This ain't a game you play 20 hours before you get to cast a spell. You are a power to be RECKONED with! Unfortunately, so is most everyone else. You start out with powers no AD&D player ever had. You're immortal. You've got magical immunities. You can speak with the dead. You can regenerate. You can reattach severed limbs. Despite your leathery, scarred appearance, you have a raw, animal magnetism that makes women swoon.

The game is all about YOU. You and your destiny are the focus of the game. You're not out to save the world - only yourself. And if the world gets saved in the process, then fine, but it ain't your problem.