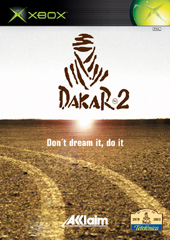 Due to COVID-19, we're unable to accept orders for non-essentials items at this time. Learn more...
Founded on two essential values - courage and endurance - the Dakar Rally has always united in the grandest and most extreme settings - the most beautiful and mythical of all deserts – the Sahara. The Paris-Dakar Rally famously pits 350 drivers against each other in a gruelling race over 6,500 miles. Participants race a variety of mixed-terrain vehicles including motorcycles, off-road 4X4 trucks and rally cars. Drivers are not only subjected against the fierce competition of several hundred other drivers but also need to battle against the most severe rallying conditions from the vastly challenging terrain and intense climate and weather conditions.