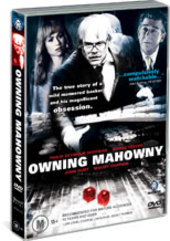 Unavailable
Sorry, this product is not currently available to order
Polite, mild-mannered Dan Mahowny is an assistant bank manager with a head for numbers, a knack for making decisions, and a devastating appetite for gambling. Dan Mahowny is the unlikely hero who takes on two of the financial institutions everyone loves to hate, the bank and the casino, and, for a brief while, he wins. The most remarkable thing about this phenomenal story of $10.2 million of siphoned bank funds, staggering levels of embezzlement, and millions upon millions of dollars funnelled through the gambling networks, is that its central character is unphenomenal. He doesn’t gamble for material wealth. He isn’t interested in the glamorous perks casinos offer big spenders. It never occurs to him to save any of his winnings. He lives for the thrill of the bet. And that thrill drives him to incredible lengths of ingenuity and stamina. He is, in the purest sense imaginable, an addict. The backdrop of the story is 1982, deemed by economists as the beginning of the excessively profitable Reagan bull market. Banking confidence is high and scrutiny is low. This tidily overlaps with the world of casinos which are a stock exchange for the libido. It is a limitless world based on win or lose, where the win always seems within reach, yet stretches to infinity. By day, Mahowny works obsessively in the bank; by night, he gambles obsessively on sports, ponies and at the gaming tables, but he is no Jekyll and Hyde. His personality remains constant throughout. So contradictory, yet complementary, is his behaviour that his girlfriend, Belinda, a clerk at the same branch, has to struggle to reconcile their romance. Indulged by the management of the bank which flatters itself for having found its own wunderkind, nurtured by the Atlantic City casino manager who sees the banker as a meal ticket to Vegas, Mahowny finds himself in a gambler’s paradox - playing with increasing odds in order to win back the limitless funds which are his to take as long as he doesn’t get caught. When this reluctant high-roller is finally arrested, Mahowny reveals that since his twelfth birthday, he hadn’t gone more than 72 hours without placing a bet. His compulsive nature comes to the surface in a most astonishing way - he asks the police to call the bank. He’s worried about being late for work. -- © 2002 Sony Pictures Classics Special Features: * Theatrical Trailer * Featurette - Including Interviews With Philip Seymour Hoffman, Minnie Driver, John Hurt And Richard Kwietniowski (director)
Release date NZ
December 9th, 2005
Movie Format
DVD Region
Edition
Aspect Ratio
Director
Richard Kwietniowski
Language
English
Length (Minutes)
101
Stars
Studio
Madman
Subtitles
English for the Hearing Impaired
Genre
Original Release Year
2003
UPC
9322225017603
Product ID
1477309