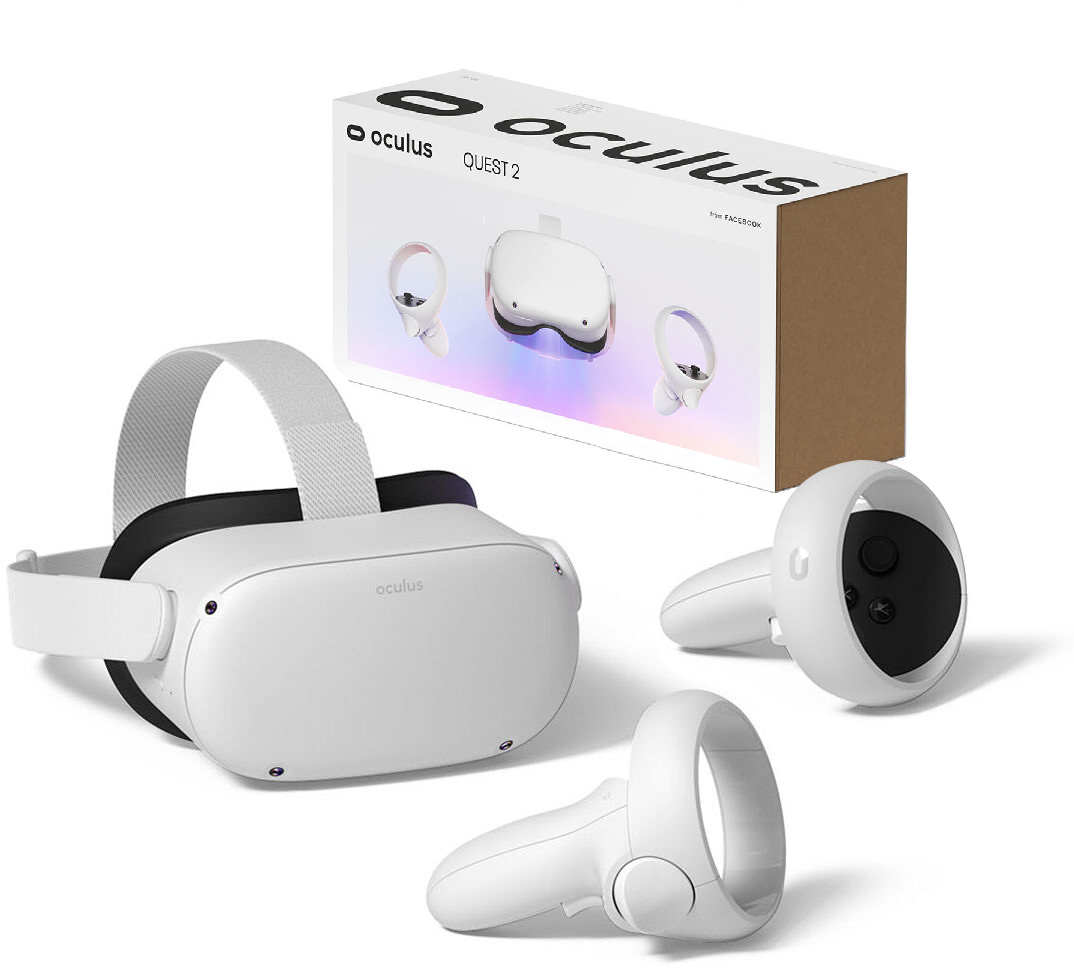 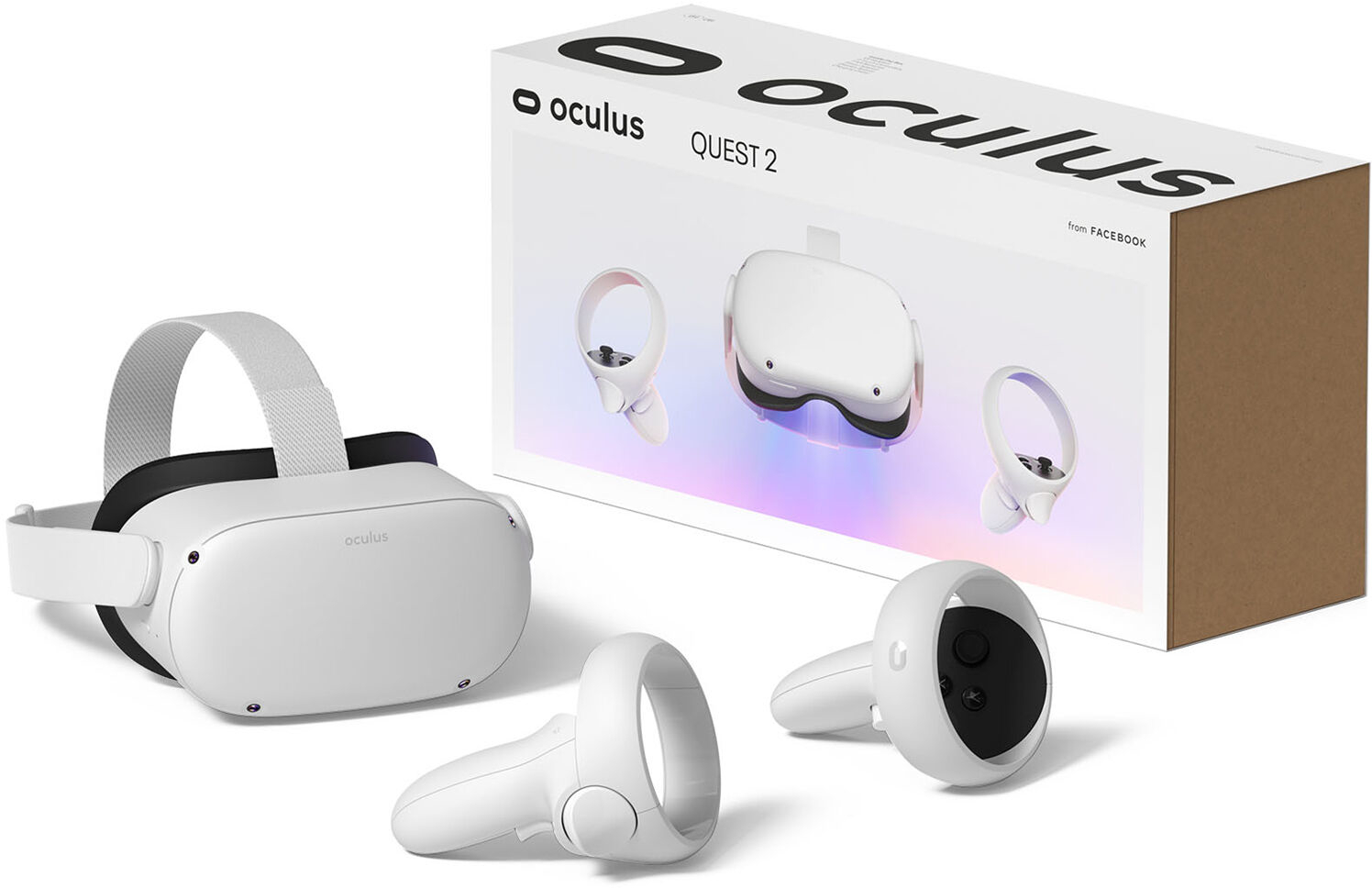 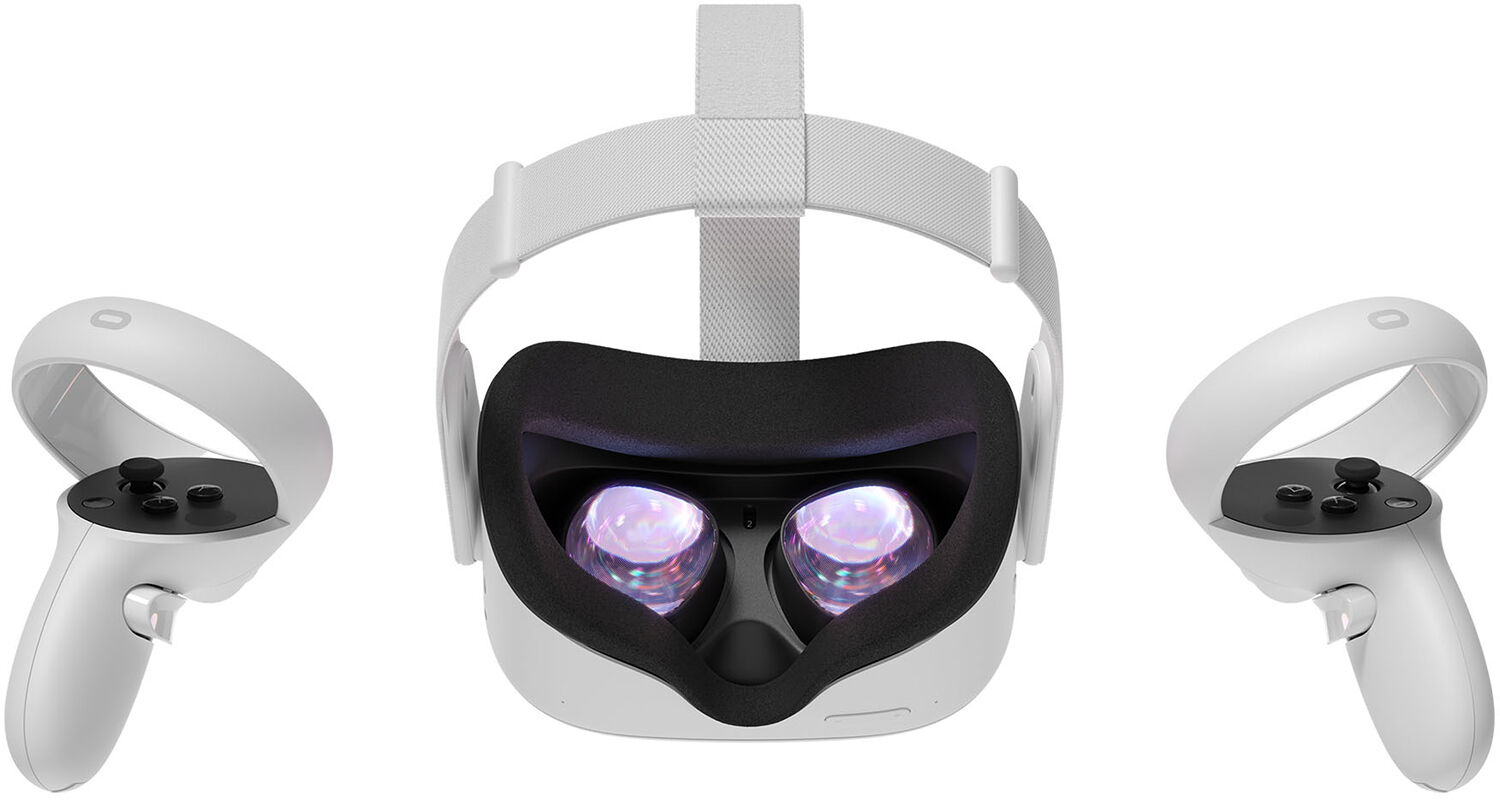 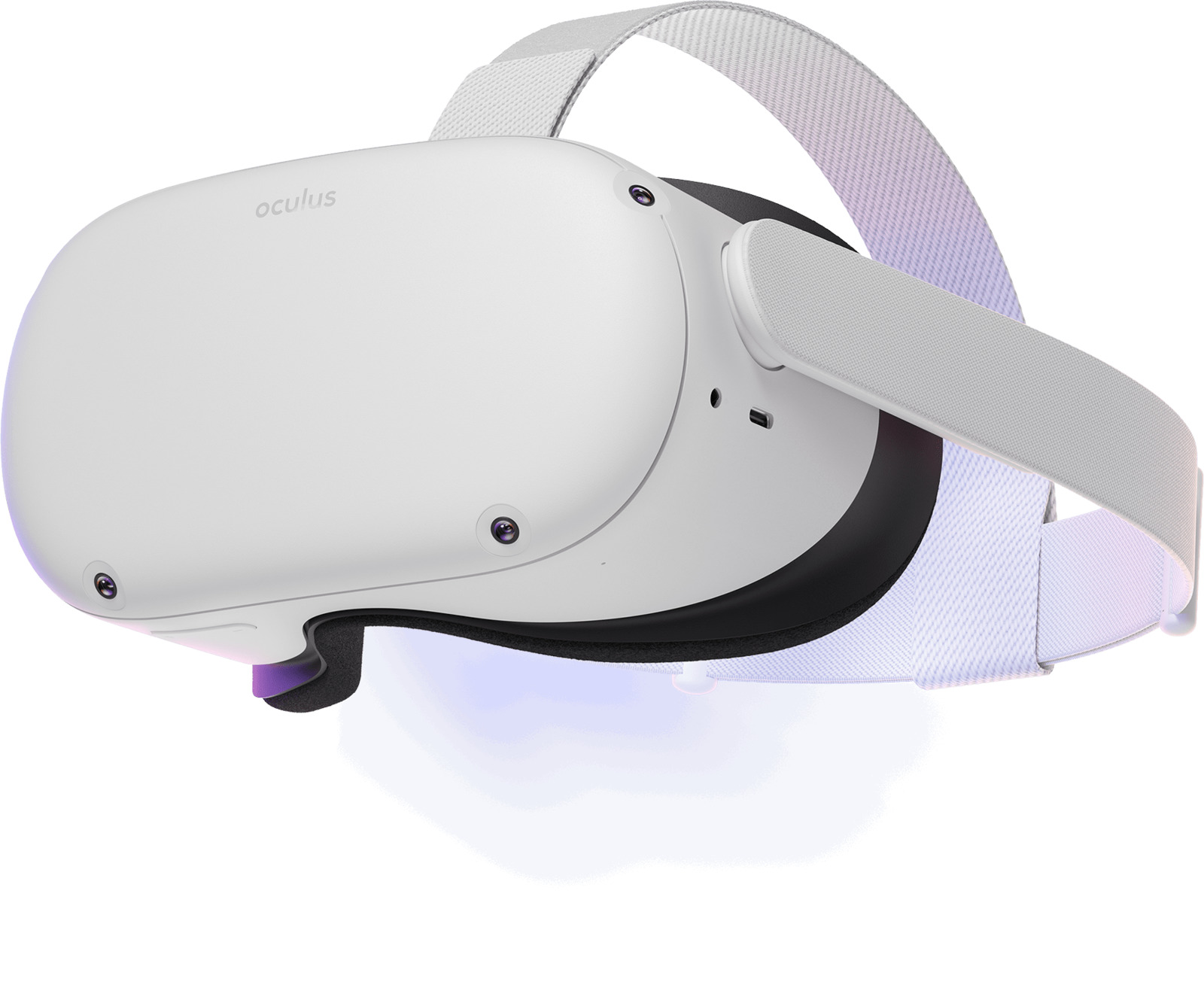 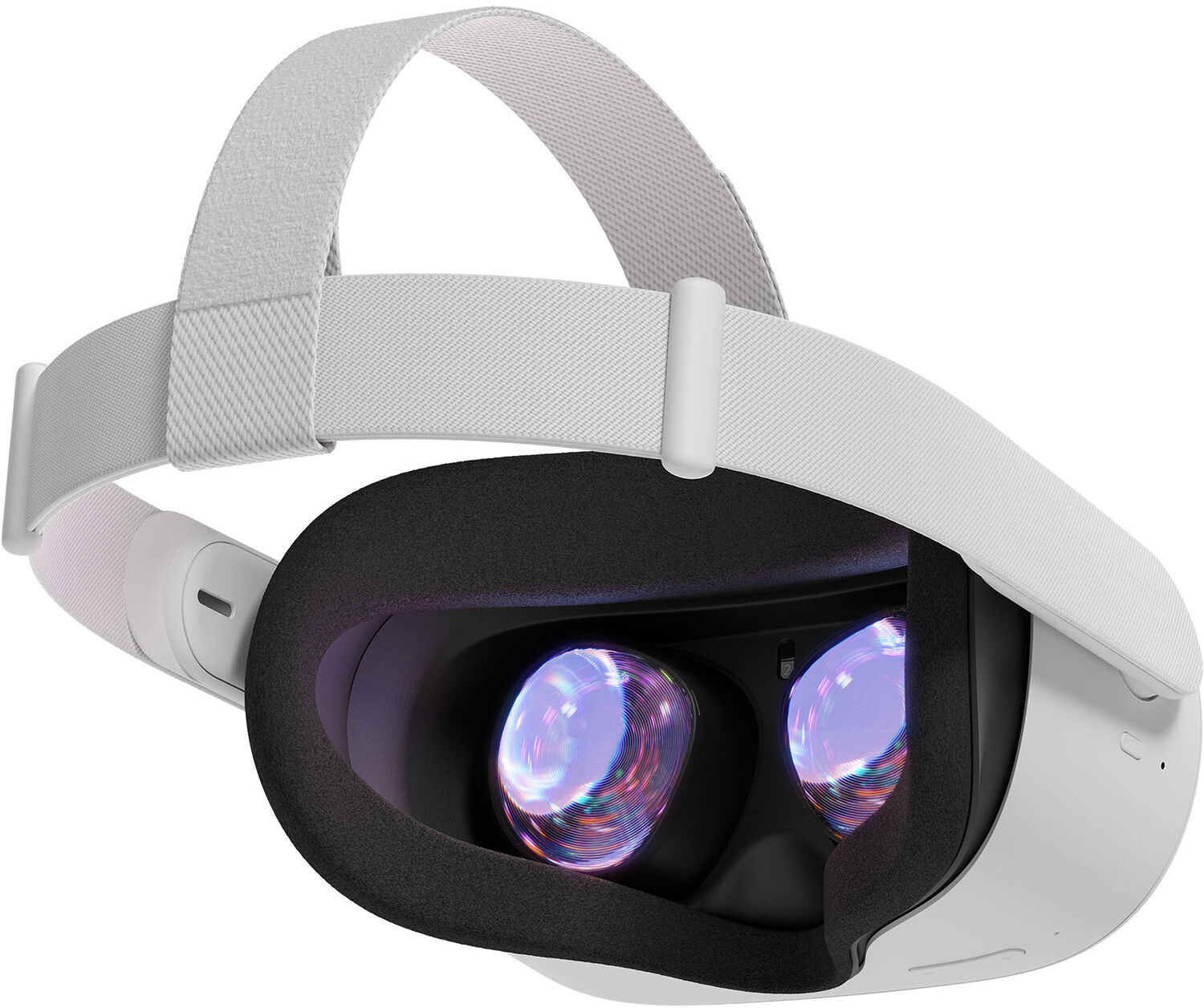 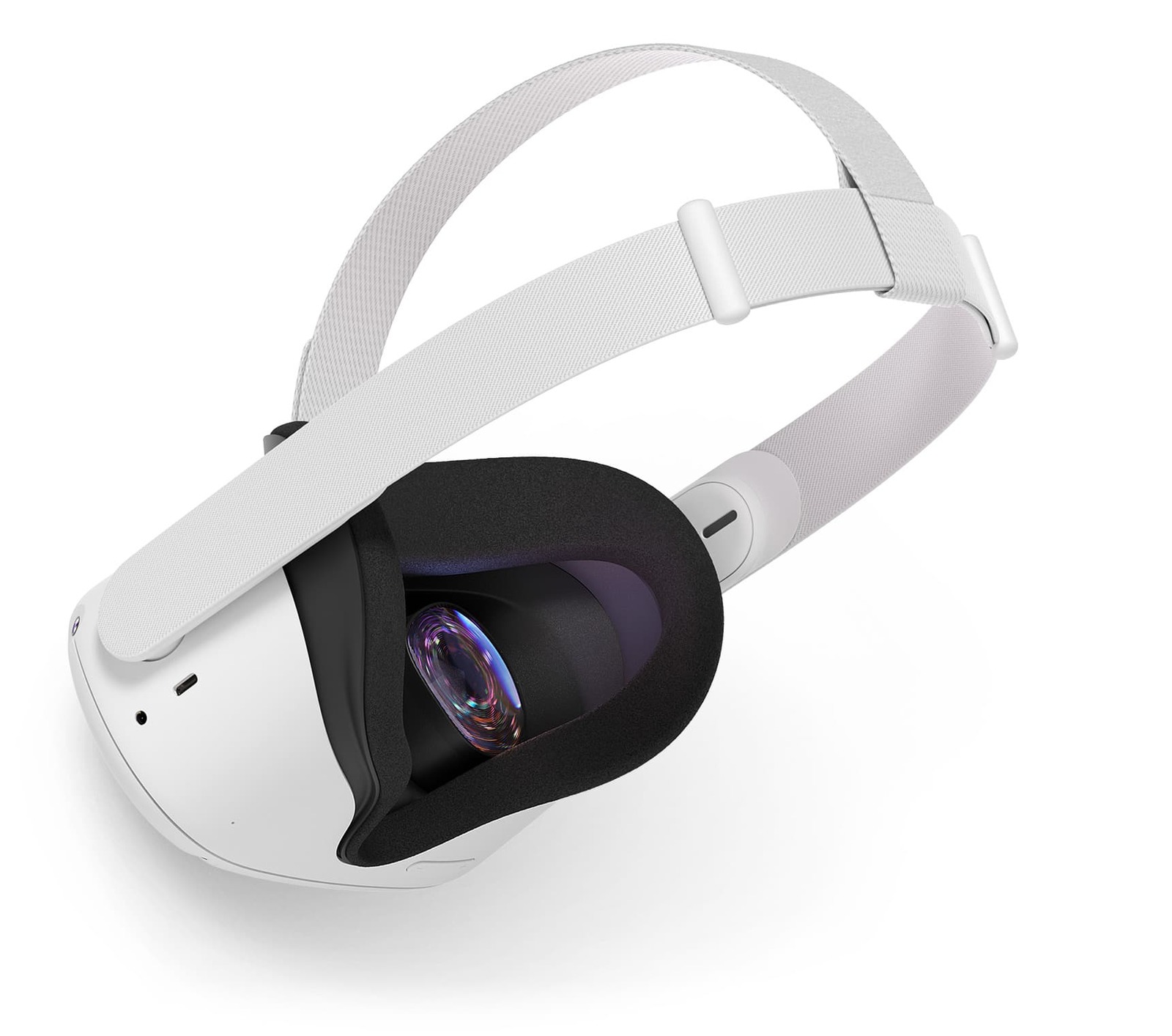 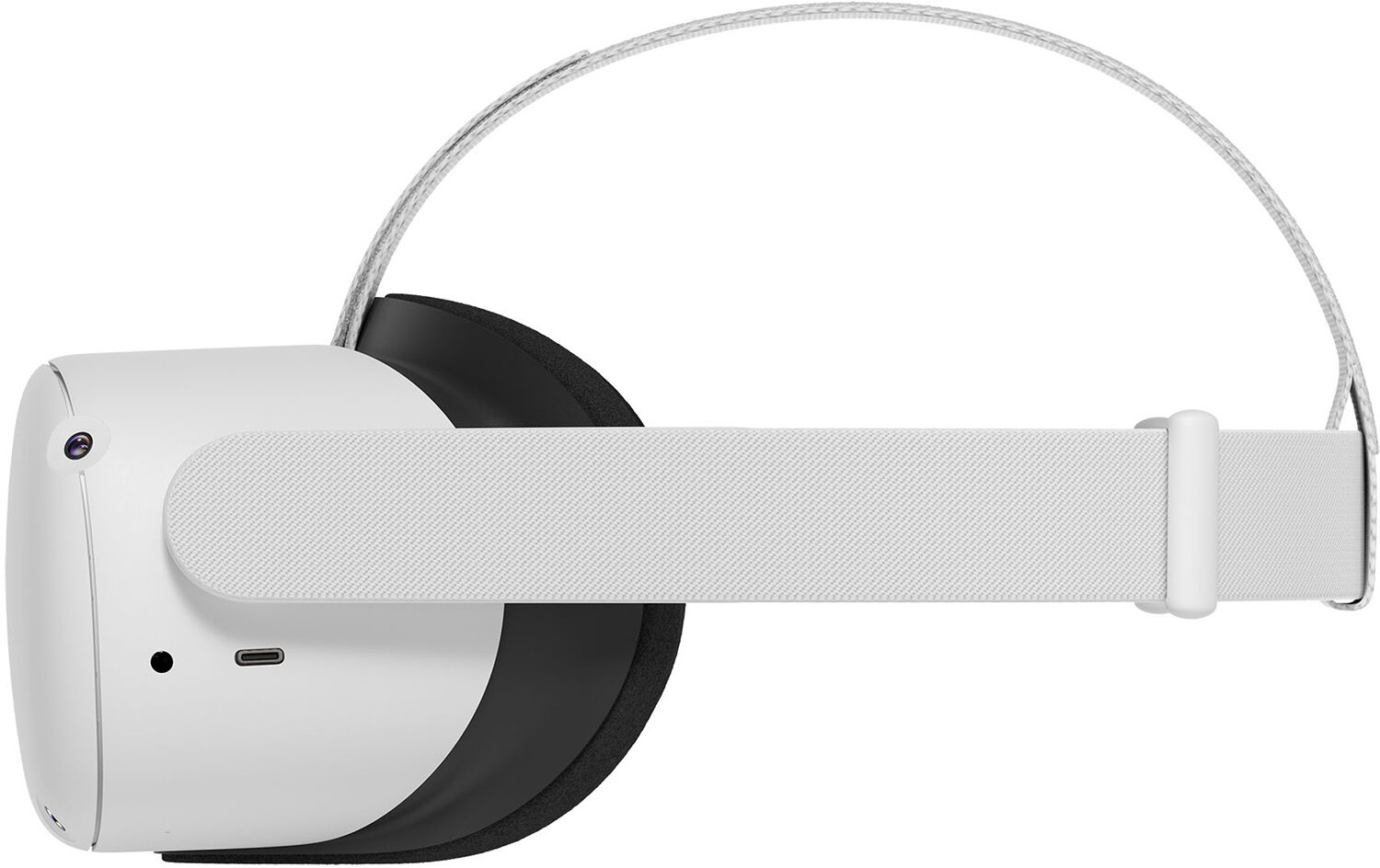 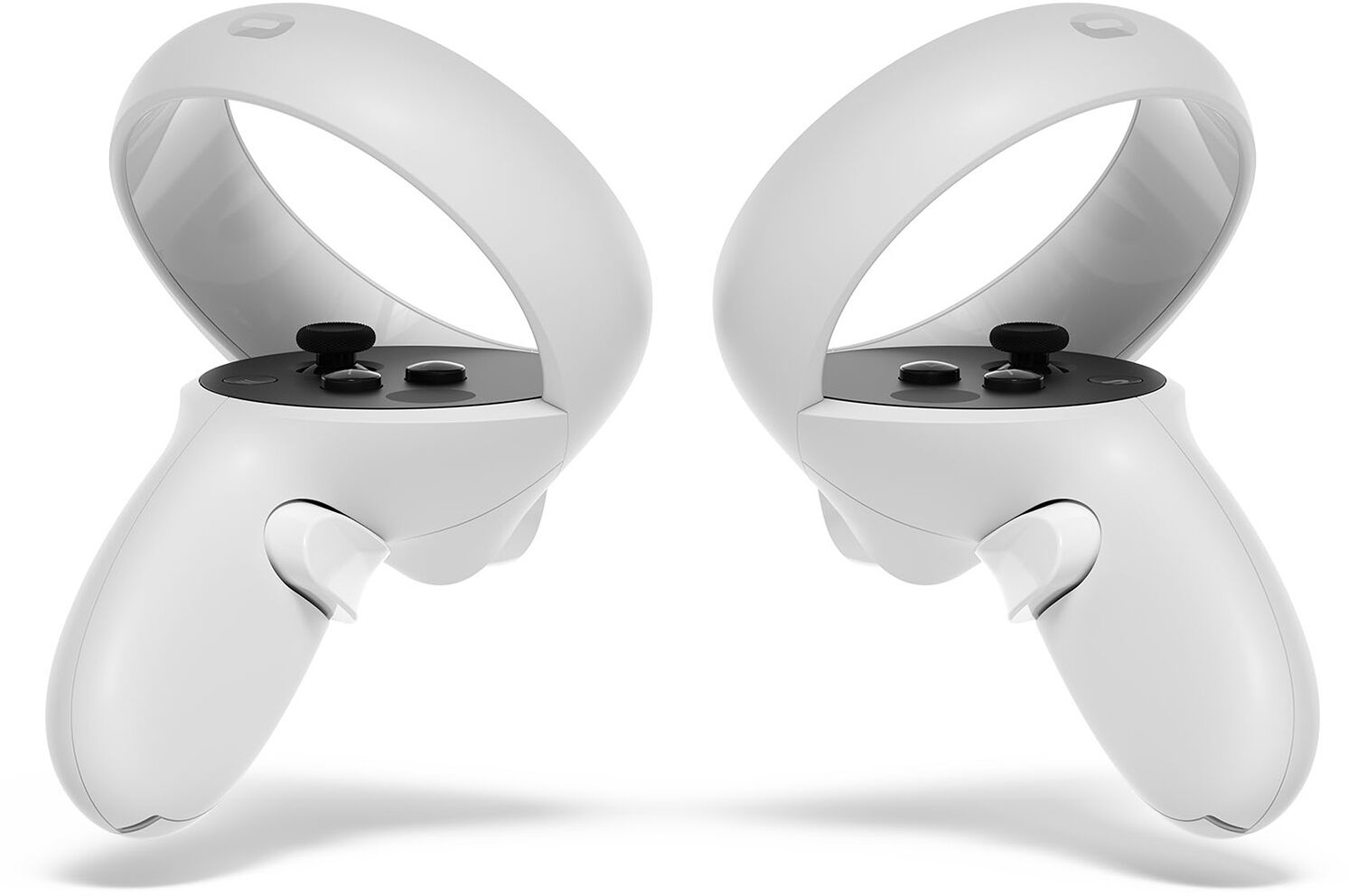 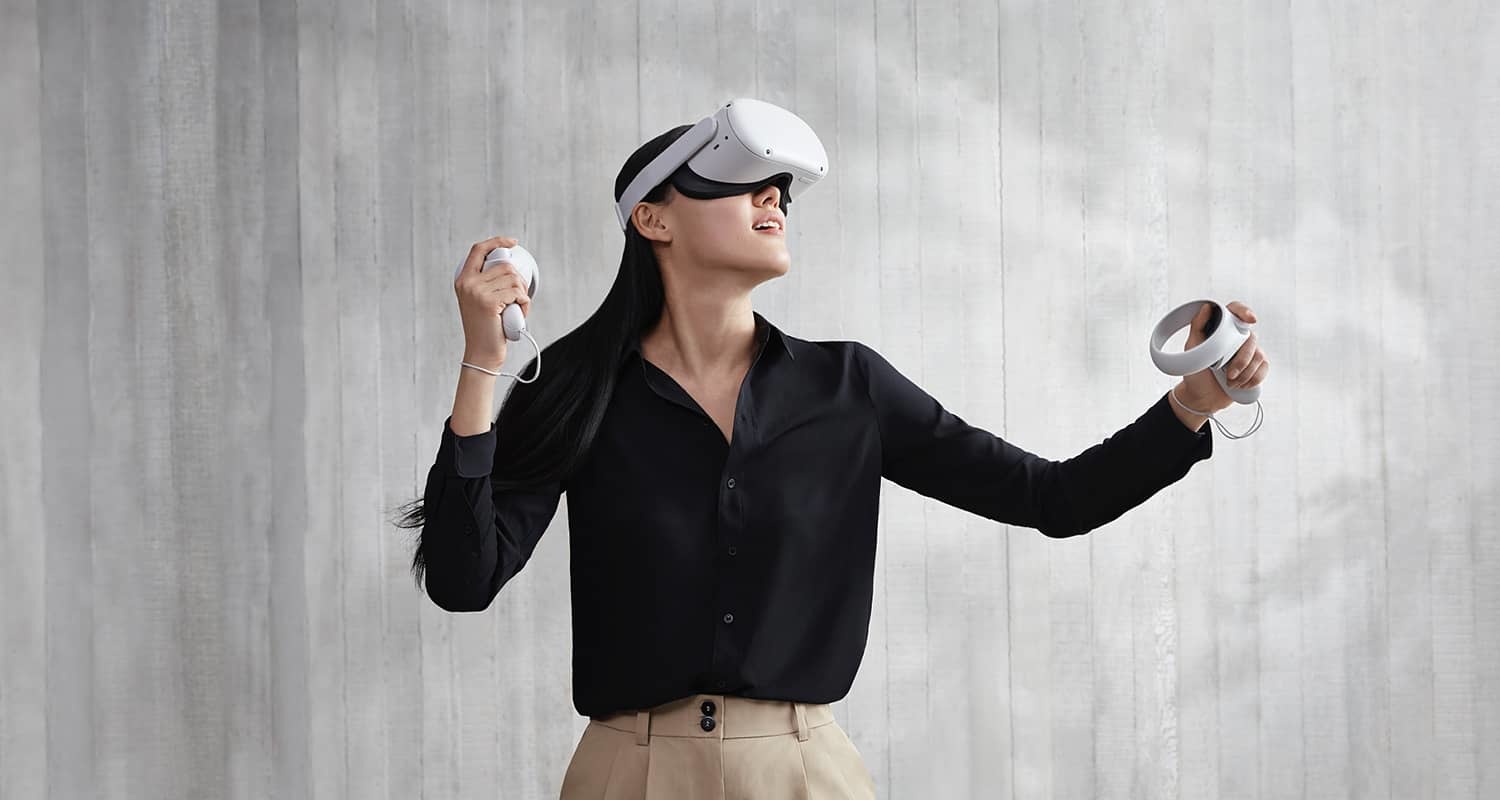 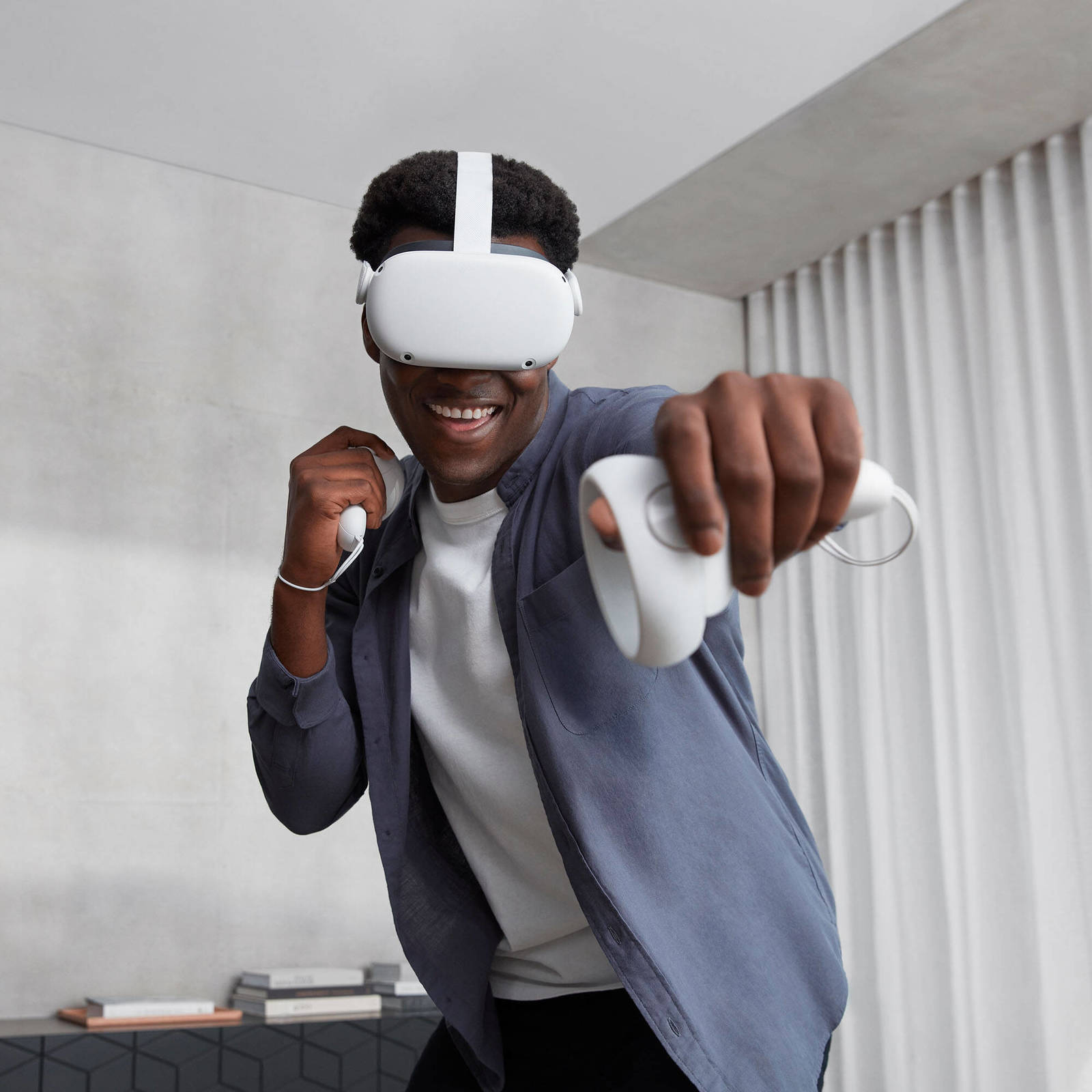 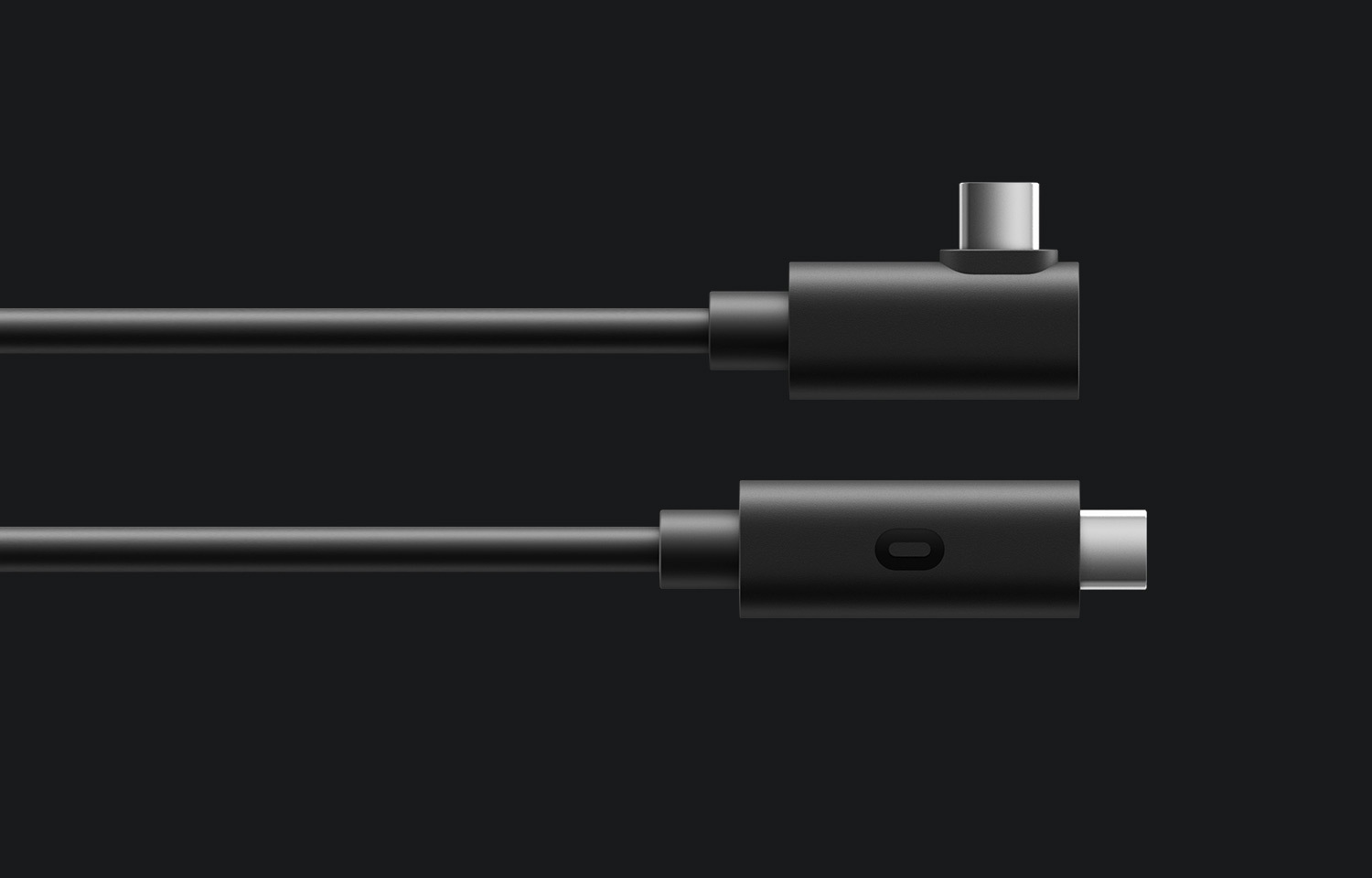 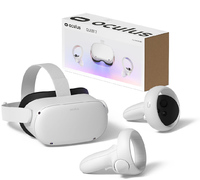 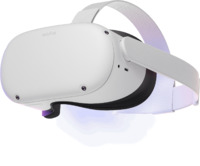 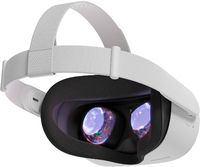 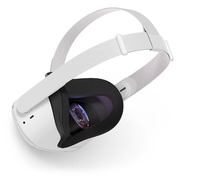 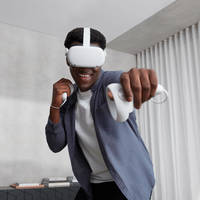 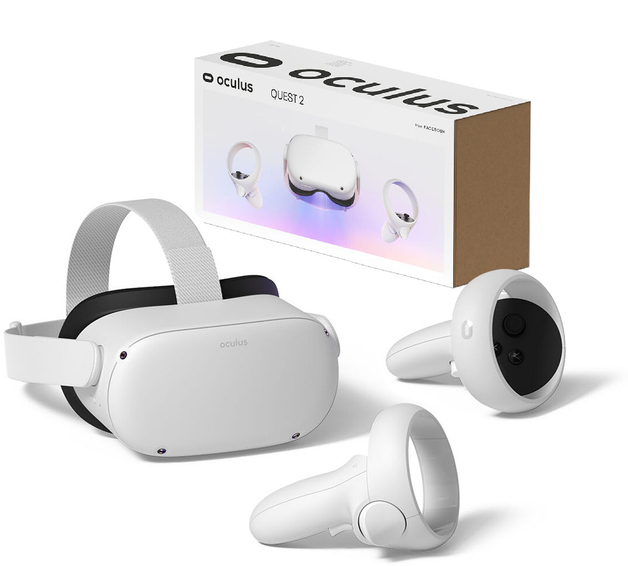 Order now and it
Or upgrade to Jungle Express and get it before 6pm today
Imported - we've imported this item specially. Stock is limited - get it before it's gone!
0 in Trolley
Free Delivery with Primate

After looking at my options for quite some time I settled on buying an Oculus Quest 2 for my first VR headset. Factors like space available, resolution/refresh rate, whether or not you plan to dedicate a spot to a headset or if you want to move it around plays a big part in buying a VR headset.

Currently the Quest 2 is the only standalone headset on the market that does not require a PC to function, it has a small store and there is an indie side that can currently only be accessed via PC (Sidequest) which may end up getting a store on the quest eventually. If you are going to buy an Oculus Quest 2, just be aware that content in VR takes a lot of storage, if you get the smaller 64GB model, you might find yourself often deleting items to install others. I'm glad I went for the 256GB model.

As a first time VR user there is a lot of things to get used to: The initial setup of the headset requires you to have internet access and a smartphone capable of running the Oculus app. However what is never mentioned, is that the required pairing of the headset to the phone, will not work unless your phones location is turned on. It took me nearly half an hour to find that info as the app just says “looking for headset”. Very frustrating. The other big thing to get used to is some apps which have lots of motion can cause motion sickness, you've probably all read this somewhere before but experiencing it for the first time is definitely a strange experience, and all people will experience this differently, some may be unaffected at all.

If you plan to use this headset on PC you will need an Oculus link cable which is a seperate purchase, but luckily at the time of writing this you can buy them on some NZ websites. Also you can use any USB-C 3.0 or greater cable, but in my experience finding a 5m cable like the official cable is not easy. Speaking of additional purchases, while not necessary, it may be wise to invest in a better face cover and headstrap, or headstrap upgrade. The quest 2 isn't unusable in its default state but you will be much more comfortable even in short uses with some upgrades.

You can also get specialised lens caps for the Quest 2 if you use prescription glasses, that way you do not have to wear glasses under the headset.

Now to the bad part. You do need a real Facebook account. Doesn't matter if the account is brand new, so long as you can prove your identity, on the off chance it gets flagged. If you make a fake account and it gets flagged by the system, you may need to provide evidence of the accounts authenticity, and if its fake, bad news. Any fake accounts will be banned immediately, losing any purchases made on the account, and your headset could also be banned, effectively bricking it.

I'm happy with the headset, VR has some quirks you get used to eventually, but its been a lot of fun.

38 out of 40 people found this review helpful.

First VR headset for me. Main disclaimer is the need for a facebook account. But besides that, being able to just put it on and go without cables is awesome. You can also plug it in as well to access your steam library.

This is perfect. It is like the VR for the PlayStation but without the annoying cables. Love it – just need more multiplayer games.

Please Note: For hygiene reasons, we are unable to accept change of mind returns for opened Oculus Headset products. Please choose the product you wish to purchase carefully before placing an order. See our Returns Policy for more information.

Introducing our most advanced all-in-one VR system yet. Explore an expansive library of awe-inspiring games and immersive experiences with unparalleled freedom. There’s no end in sight to what you can play, create, and discover in Oculus Quest 2.

MOVEMENT,PERFEC­TED
Take VR into your own hands with the redesigned Oculus Touch controllers, complete with state-of-the-art hand tracking.

VR THAT'S READY WHEN YOU ARE
The Oculus mobile app, combined with Oculus pass-through and Guardian, makes setup simple.

50% MORE PIXELS FOR SEAMLESS GRAPHICS
Enjoy the incredible resolution of 1832 × 1920 pixels per eye. With enhanced clarity, you can stay focused, whether you're on the move or standing still.

POWERED BY FACEBOOK
Quest 2 requires your Facebook account to log in, making it easy to meet up with friends in VR and discover communities around the world. You can explore as yourself or choose a new name by creating a unique VR profile.

YOUR PC'S POWER
Play the best of both worlds with Oculus Link, a high-speed, fibre-optic cable that connects your compatible gaming PC to our all-in-one Oculus Quest headset. 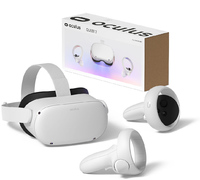