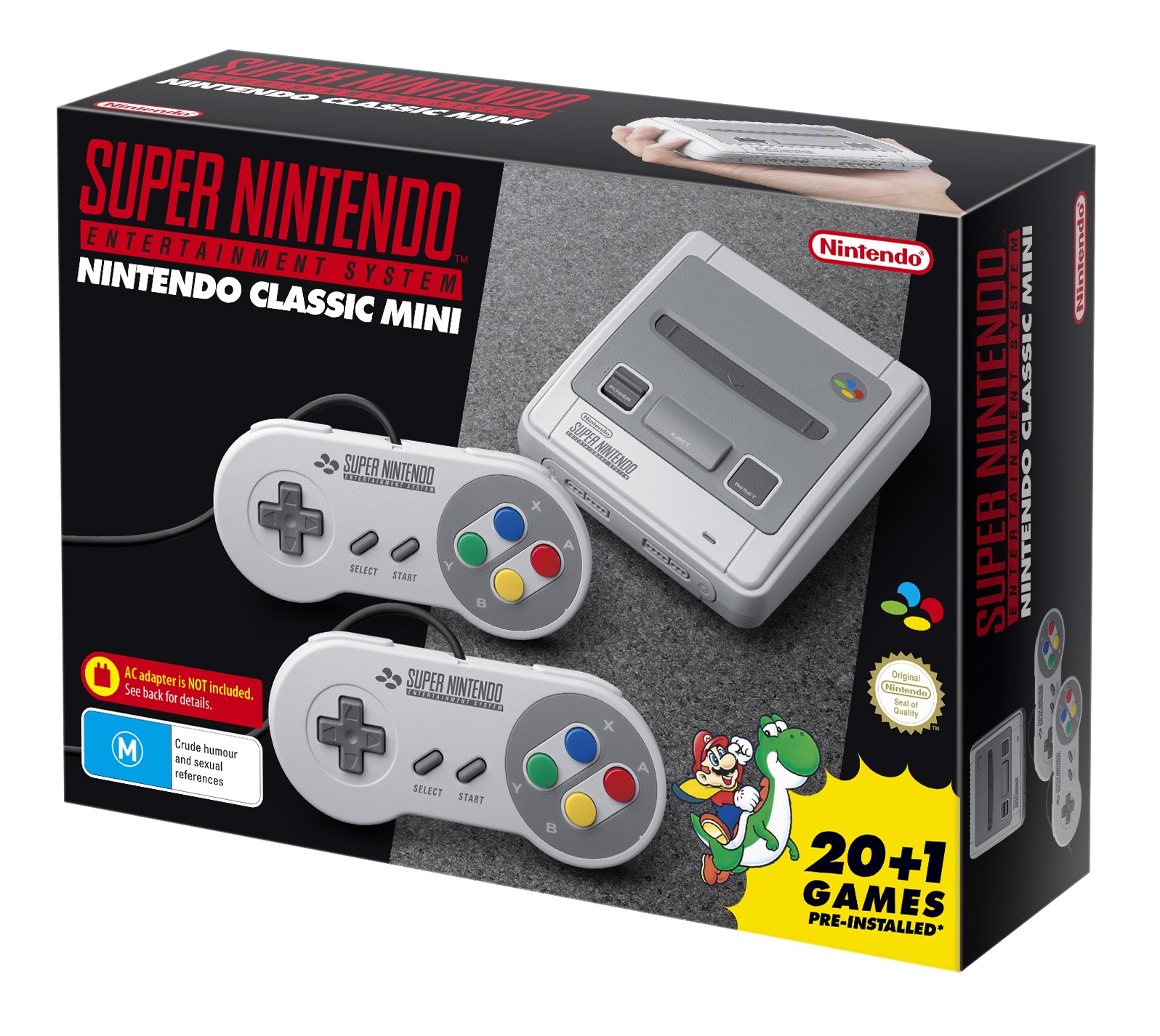 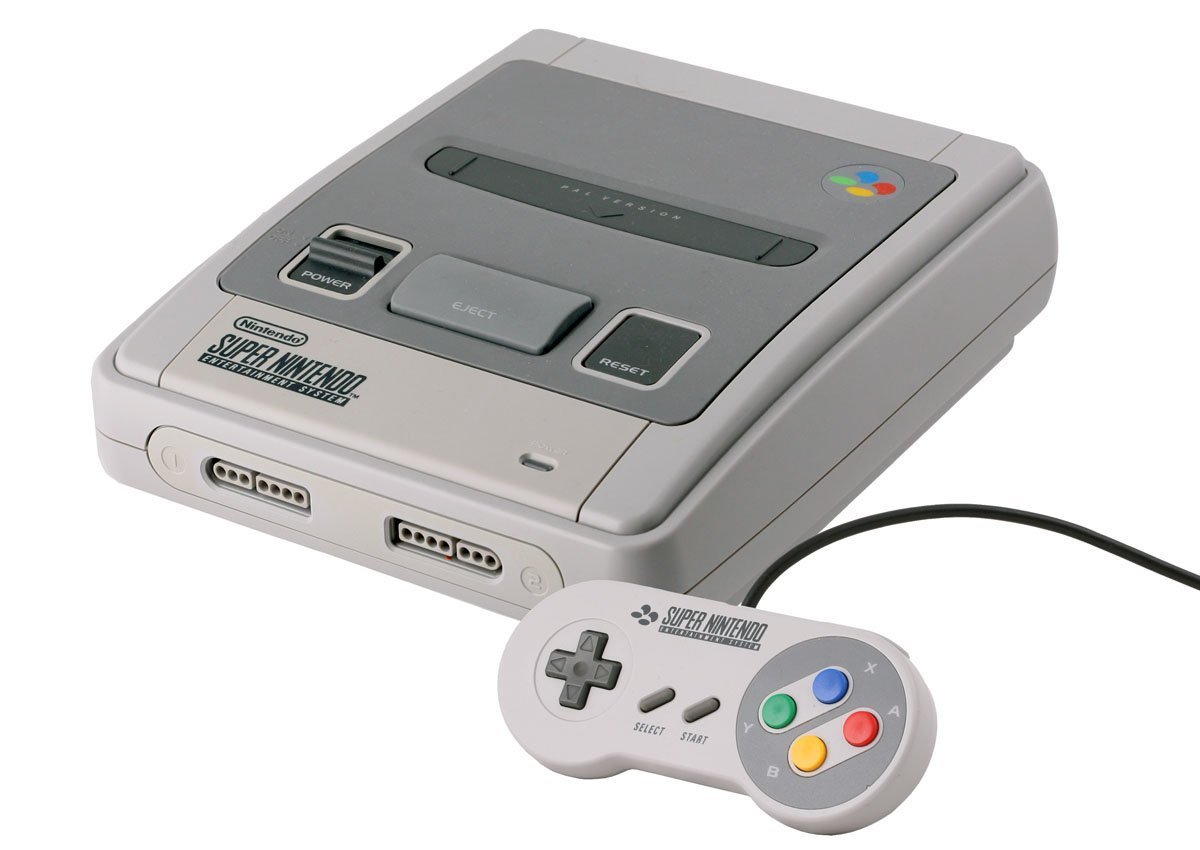 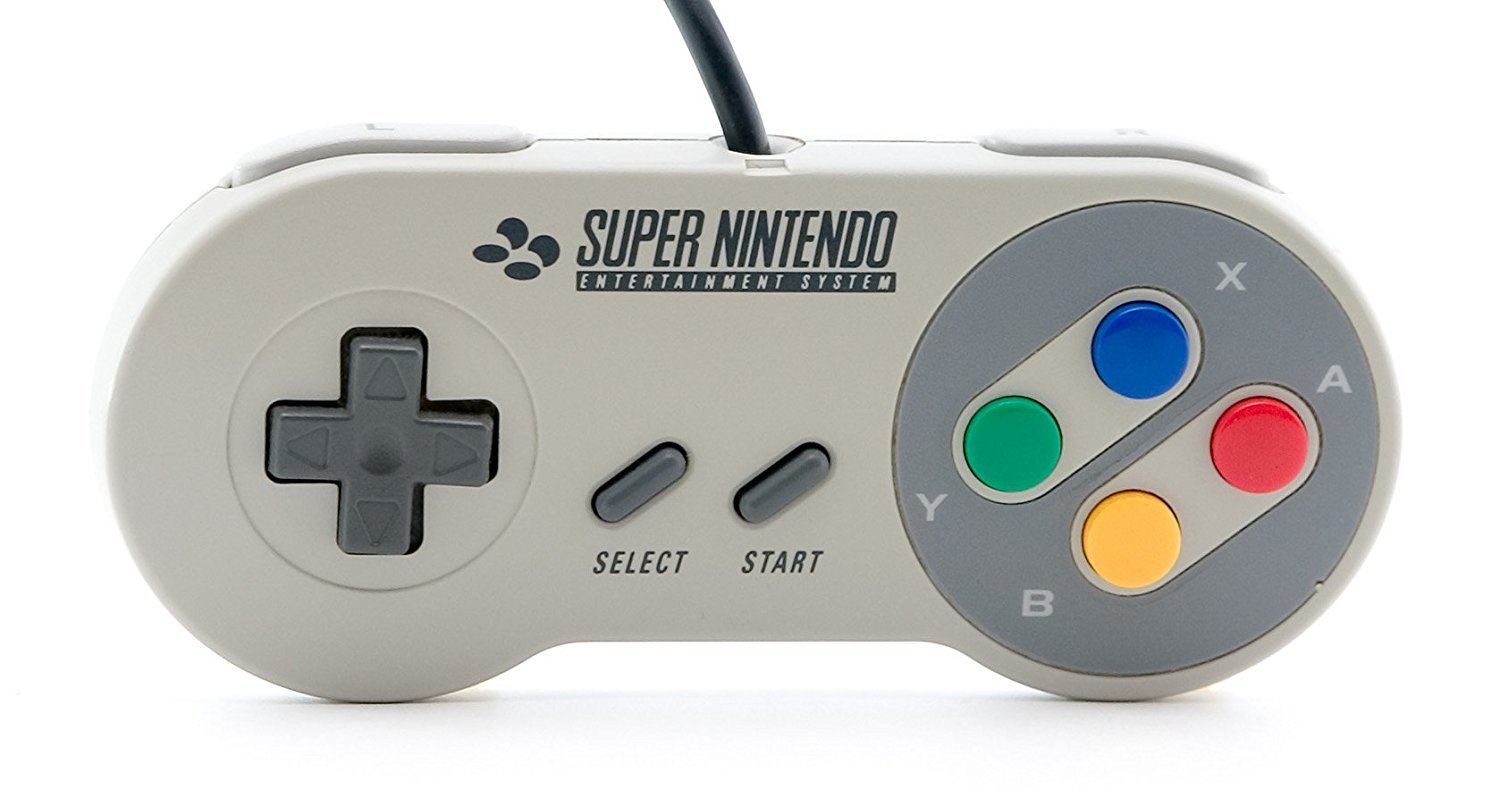 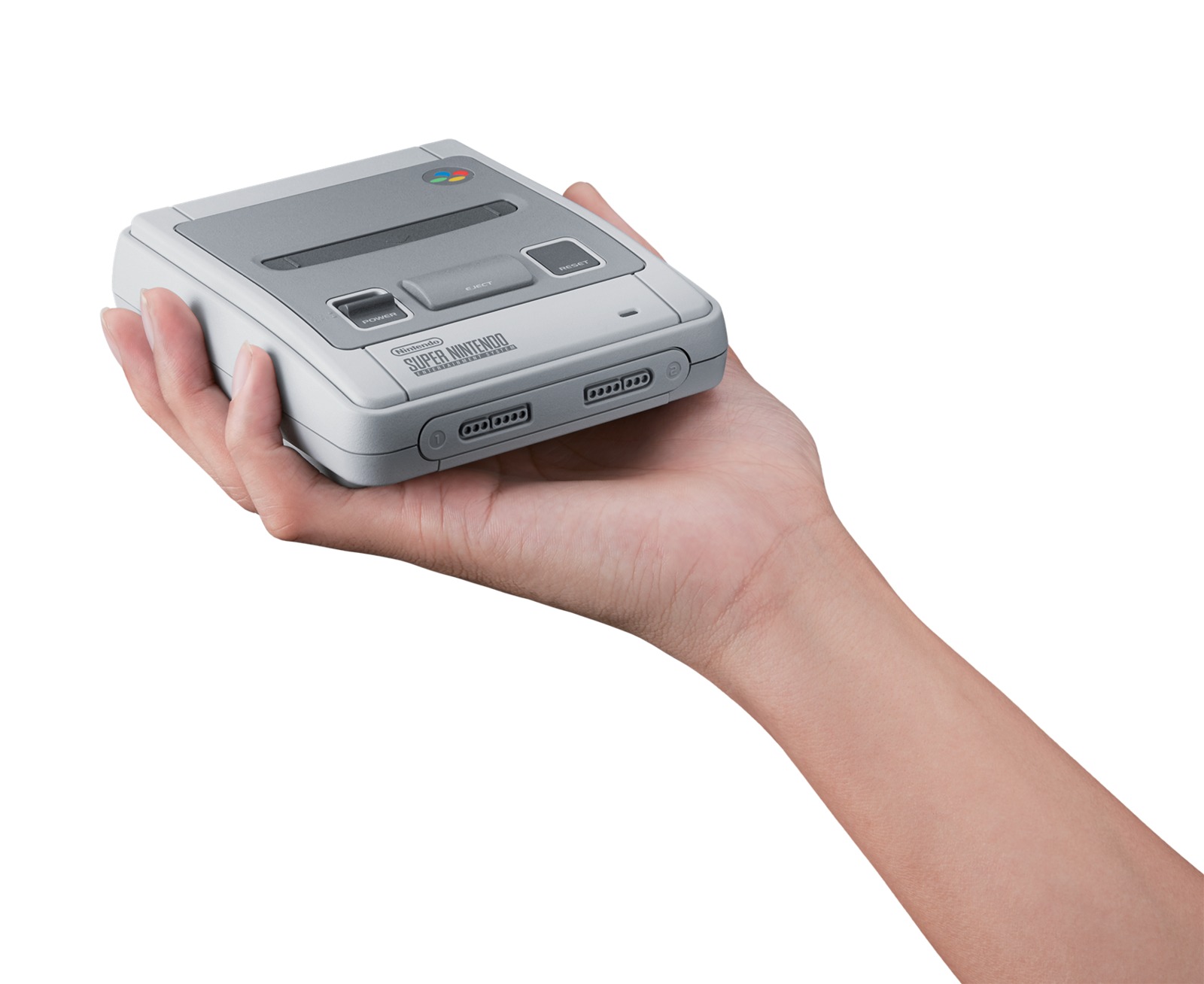 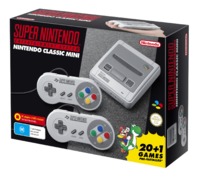 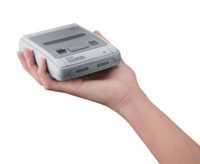 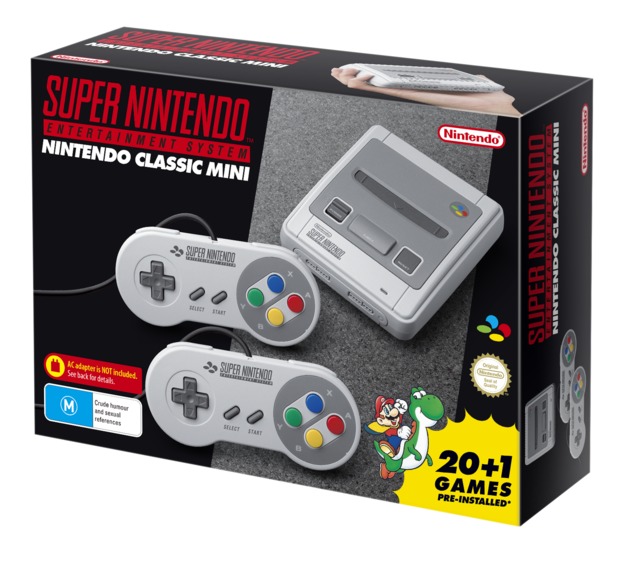 Picked up my shiny new retro SNES mini this morning and could not wait to unbox it and plug it in. It's everything I loved about the original SNES, albeit in a smaller package. There are a few games missing that I wish it had, but every game included is amazing, especially the original Mario Kart! If you have an opportunity to get one, I highly recommend it. Also, Mighty Ape's customer service again, as always, is awesome. This is gaming gold here, People.

27 out of 28 people found this review helpful.

Got mine yesterday, and I couldn't be happier. I haven't owned a SNES before, but one of my childhood friends did, and we used to play it all the time. I always wanted one for myself, and now I do… sort of. I am satisfied, though. Extremely satisfied. This is closest thing you'll get to an actual SNES, as it is an official product of Nintendo's, it runs SNES games beautifully, and has the original controllers. It really does feel authentic once you get a game running. The only thing I will mention is that it doesn't come with an AC adapter, for some reason. Thankfully, that didn't matter for me, and it probably won't matter for many other people either as the SNES Classic is USB powered, which widens setup options. SPOT ON.

Awesome product! I'm going to buy the other consoles also. The customer service of this company cannot be beaten! Lightning fast delivery! & Primate postage has saved me heaps! Love this company. Thanks mighty ape!

The Nintendo Classic Mini: Super Nintendo Entertainment System contains 21 pre-installed classic games, and can easily be plugged into a high-definition TV using the included HDMI cable. For the first time, players who pick up the system can enjoy the intergalactic adventure Star Fox 2, the sequel to the original Star Fox (originally titled Starwing) that was created during the Super Nintendo era but never released … anywhere!

*Note that a AC adapter for the USB cable is required to play the system but is not included in the packaging.

The Nintendo Classic Mini: Super Nintendo Entertainment System has the same look and feel of the original system – only smaller – and comes pre-loaded with 21 games:

All of these games would be considered classics by anyone’s standards, and some of them in particular – Secret of Mana, Final Fantasy III, EarthBound and Super Mario RPG: Legend of the Seven Stars – are massive role-playing games that can take dozens of hours to complete. Even for super fans that have played all of these games multiple times, the inclusion of the never-before-released Star Fox 2 will offer them something entirely new to enjoy (players must prove their skill by completing the first level of the original Star Fox before Star Fox 2 is unlocked to play).