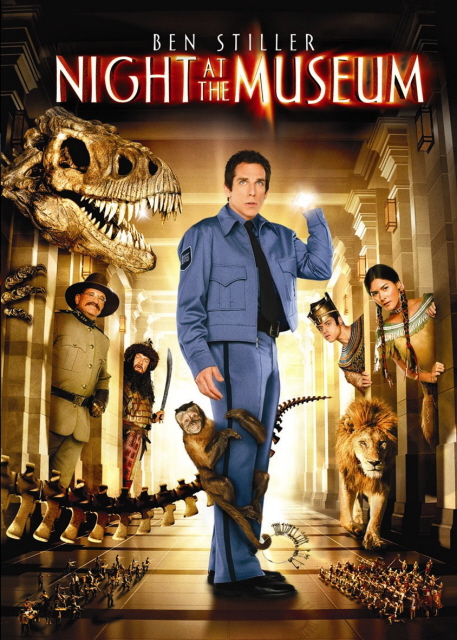 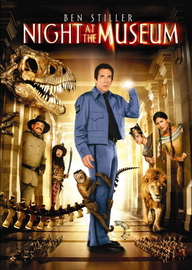 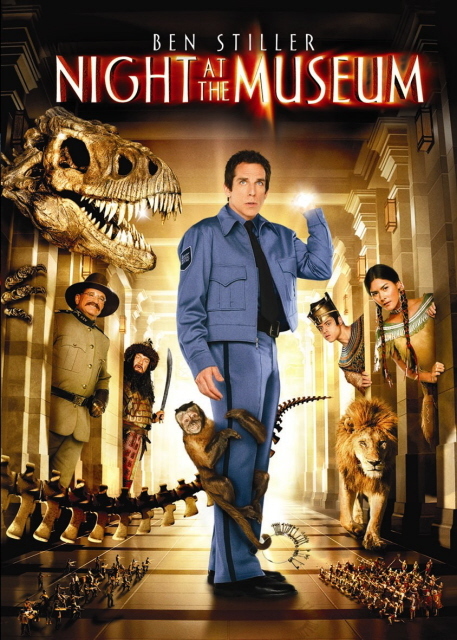 Very good and very funny I enjoyed it

Night At The Museum

Everything Comes To Life

Good-hearted dreamer, Larry Daley (Ben Stiller), despite being perpetually down on his luck, thinks he’s destined for something big. But even he could never have imagined how “big” when he accepts what appears to be a menial job at a museum of natural history.

During Larry’s watch extraordinary things begin to occur: Mayans, Roman gladiators and cowboys emerge from their diorama to wage epic battles. In his quest for fire, a Neanderthal burns down his own display; Attila the Hun pillages his neighbouring exhibits and a T-Rex reminds everyone why he’s history’s fi­ercest predator. Amidst the chaos, the only person Larry can turn to for advice is a wax figure of President Teddy Roosevelt (Robin Williams) who helps our hero harness the bedlam, stop a nefarious plot and save the museum.