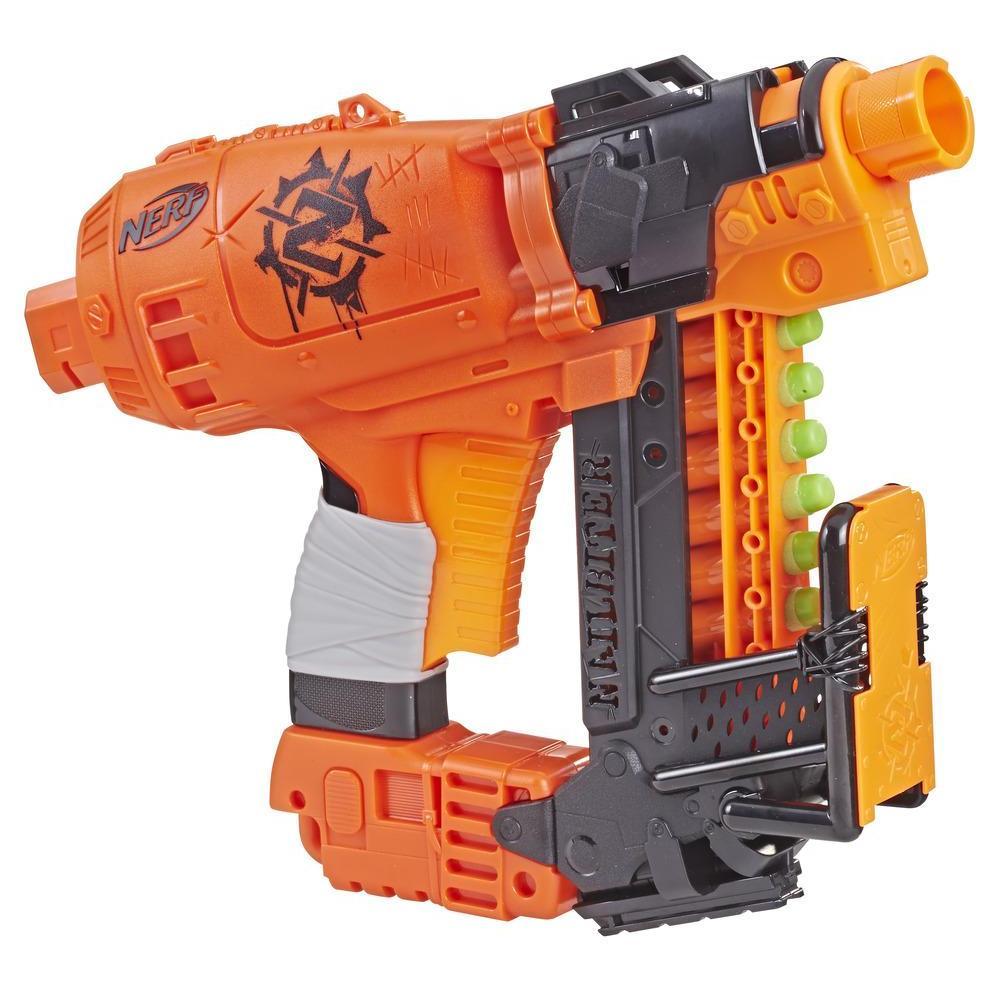 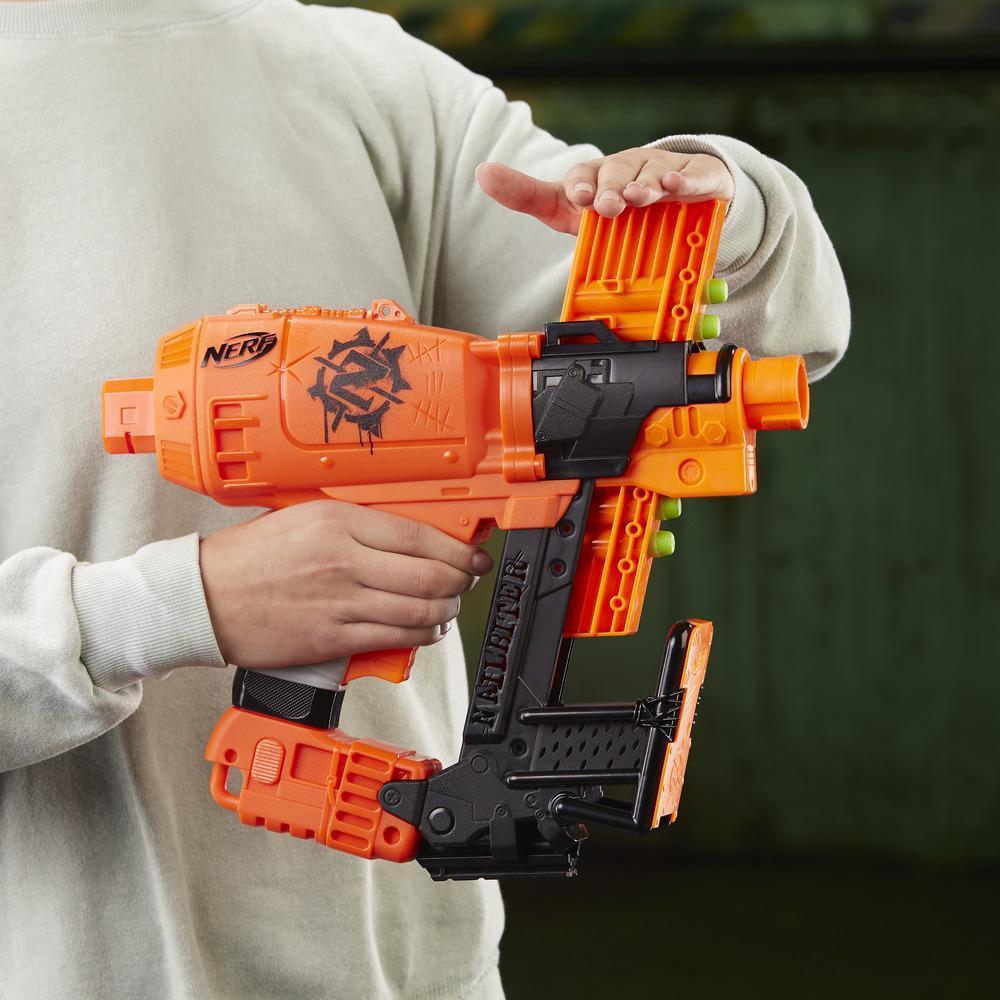 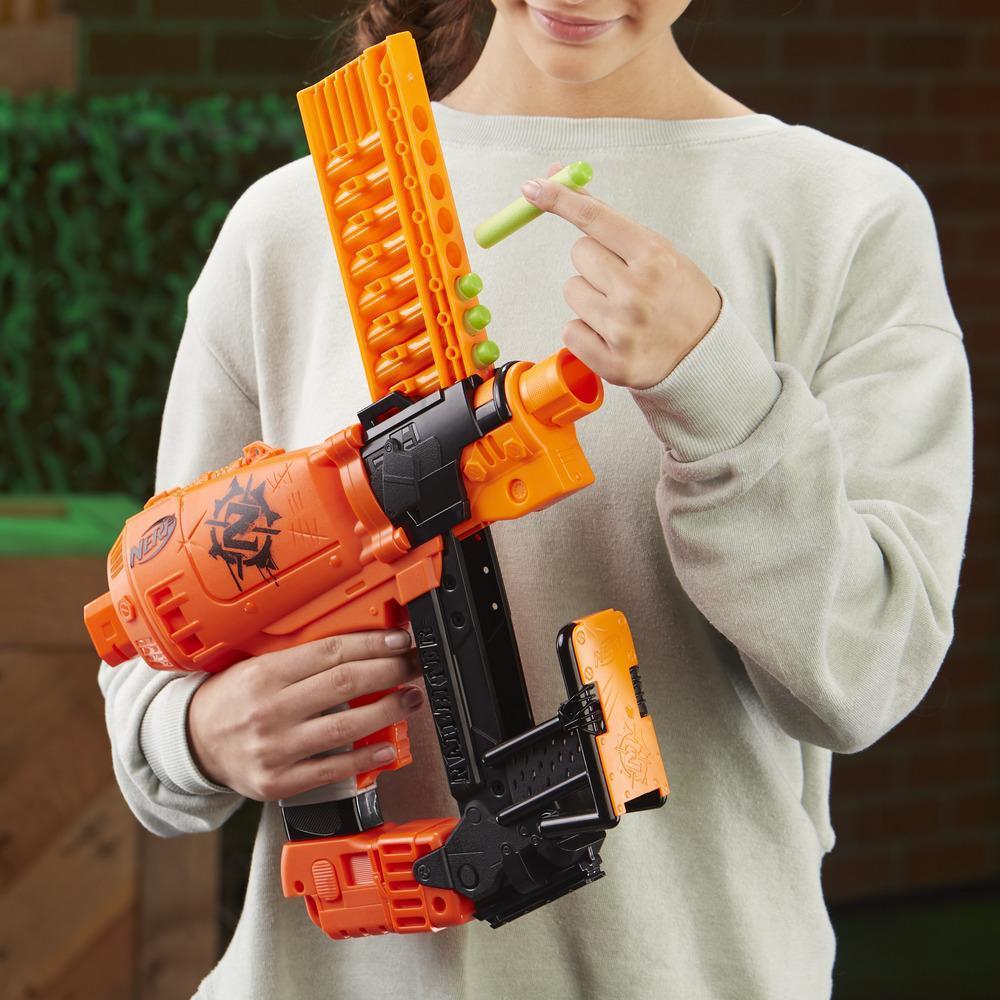 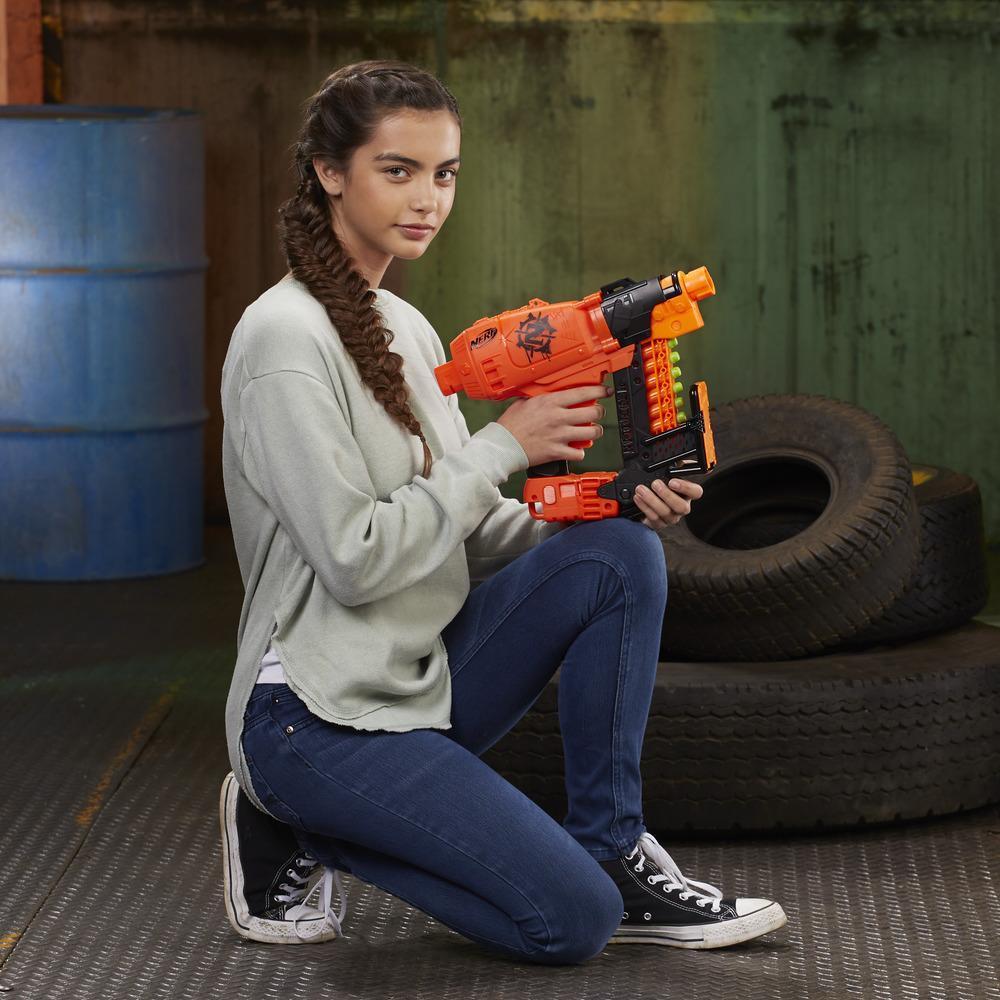 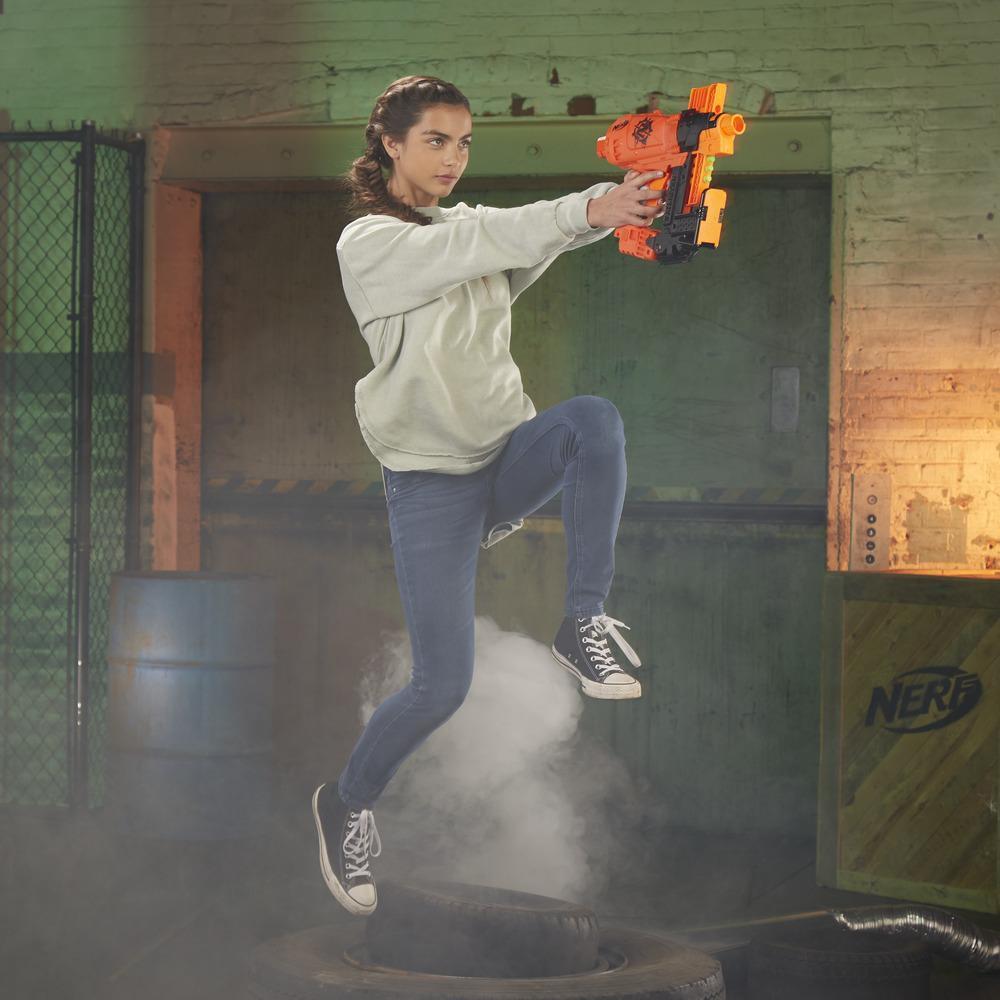 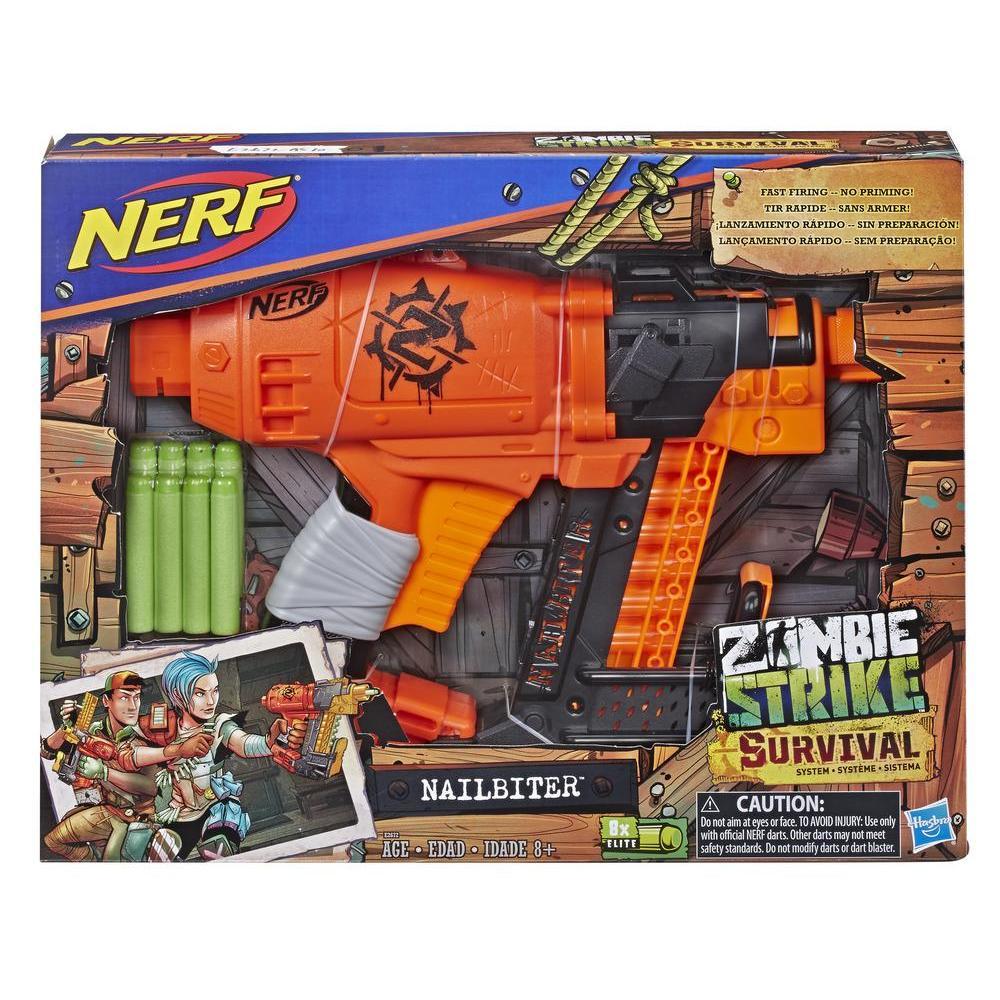 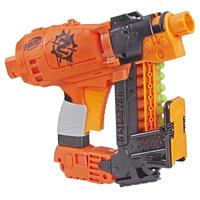 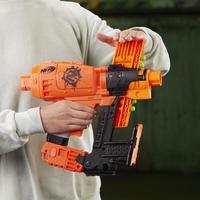 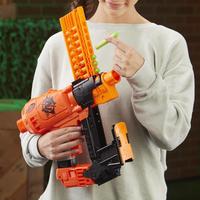 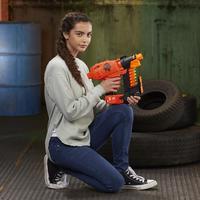 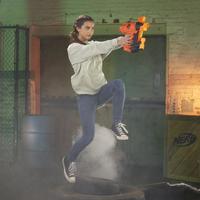 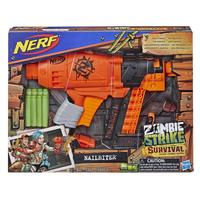 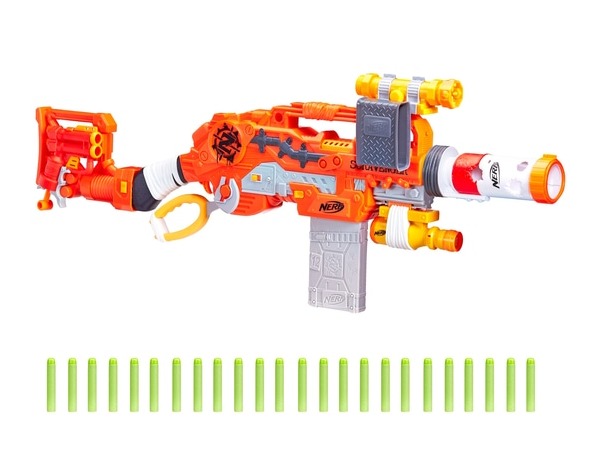 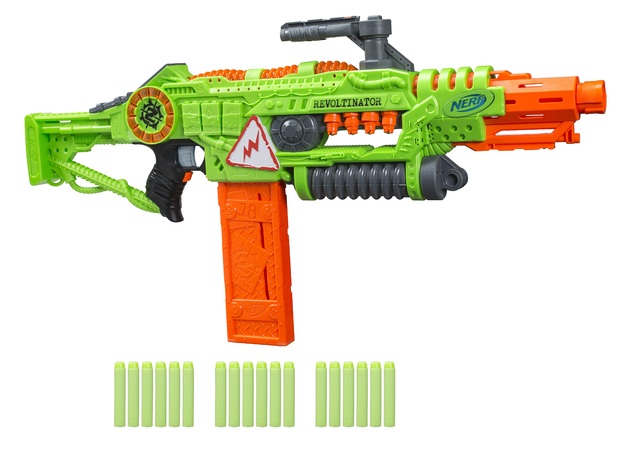 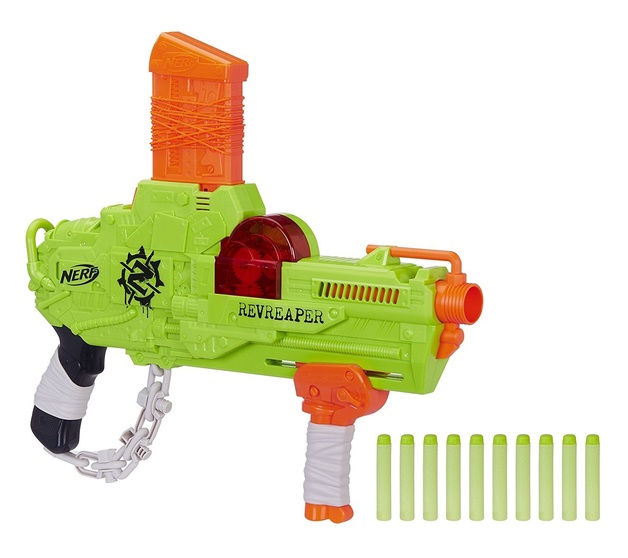 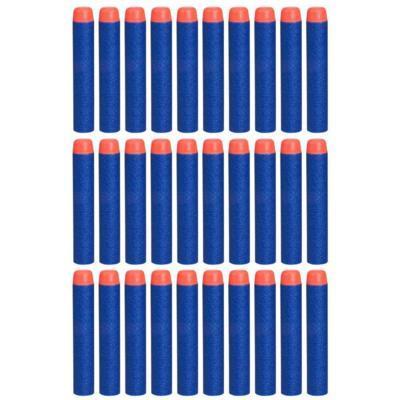 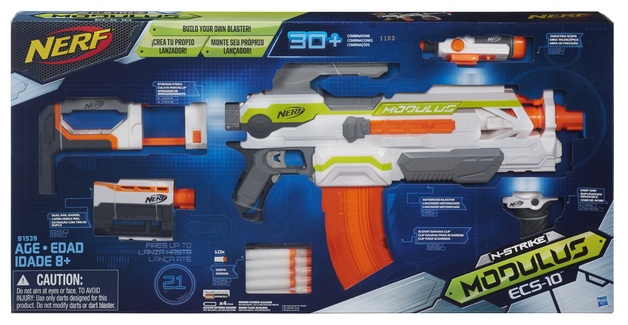 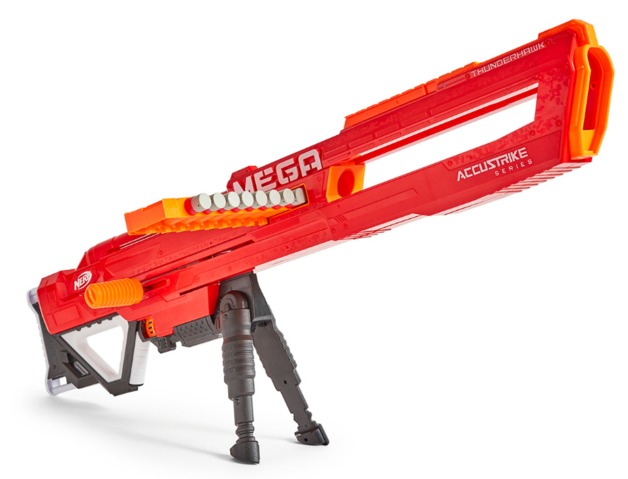 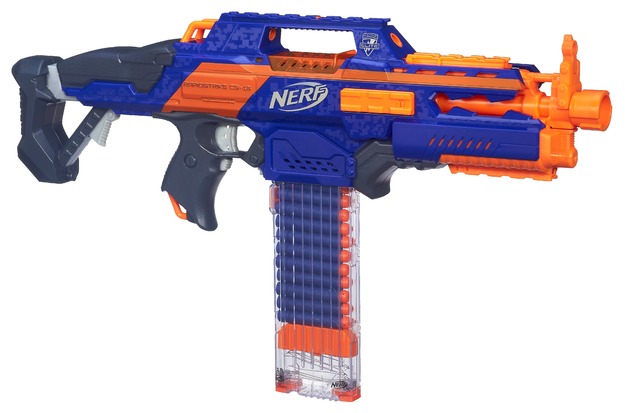 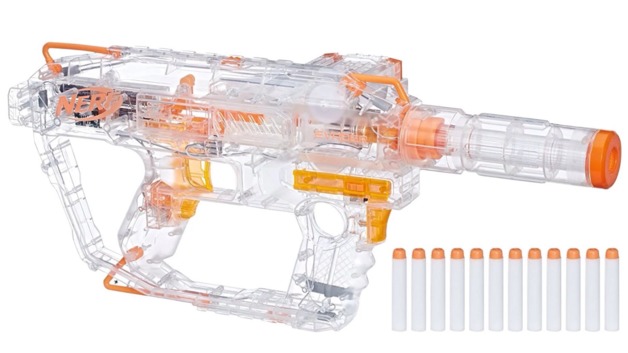 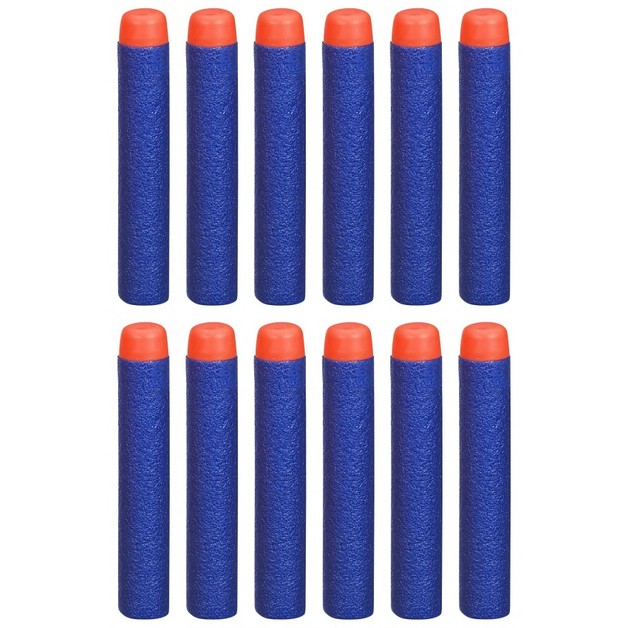 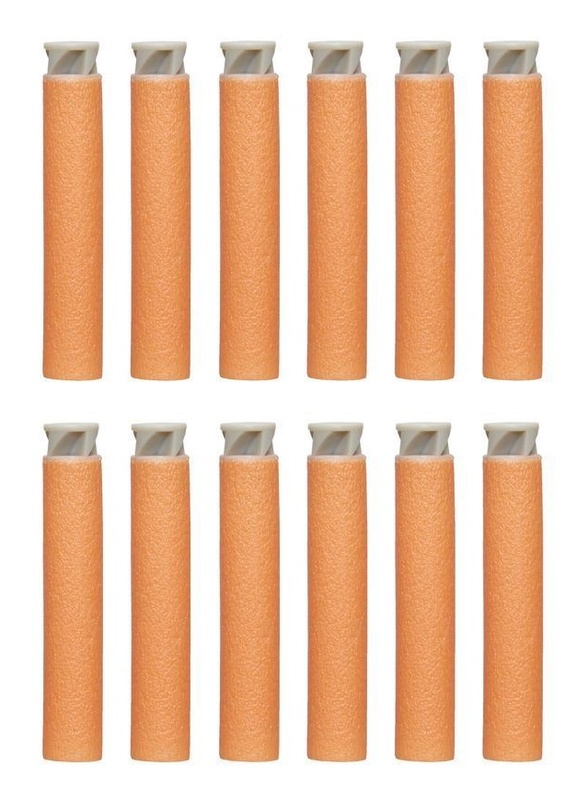 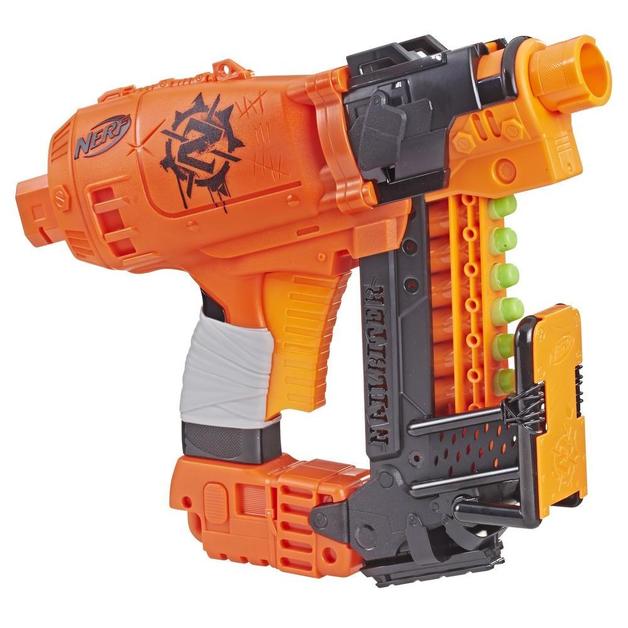 Probably the cheapest online. Good to add to the collection.

The zombie survivors are prepared for anything, with survival kits to defend against any zombie attack!

For fast firing with no priming, take along the Nerf Zombie Strike Survival System Nailbiter blaster to fight zombies. Load the darts into the vertical indexing clip and pull the trigger to fire. The blaster’s 8-dart clip automatically indexes to the next dart and stays attached to the blaster. There’s no need to prime, so zombie fighters can unleash darts fast to keep the zombies at bay. The blaster includes 8 Zombie Strike darts. This orange blaster has attachment points for a stock and barrel extension (each sold separately) and a tactical rail. The Nailbiter blaster is designed with fun details that reflect the Zombie Strike story of survivors who are creating battle gear with parts they scrounge from different places.

Caution: Do not aim at eyes or face.
To Avoid Injury: Use only darts designed for this product. Do not modify darts or dart blaster.
Warning: Choking Hazard: Small parts may be generated. Not for children under 3 years.