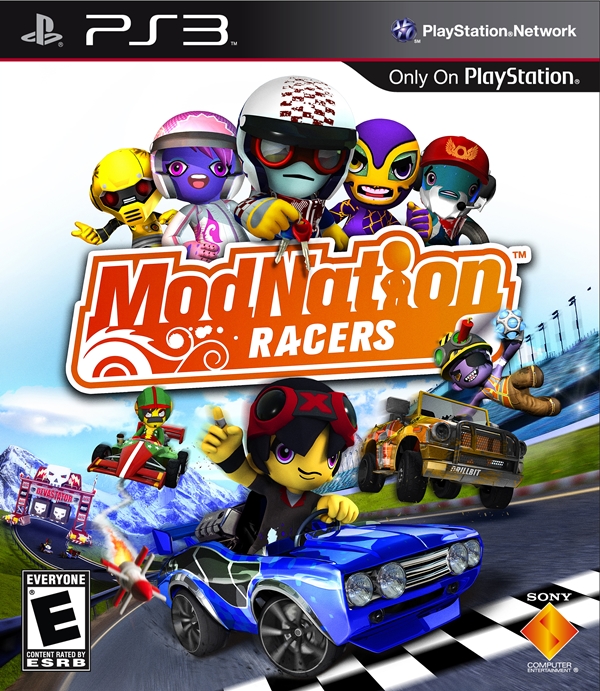 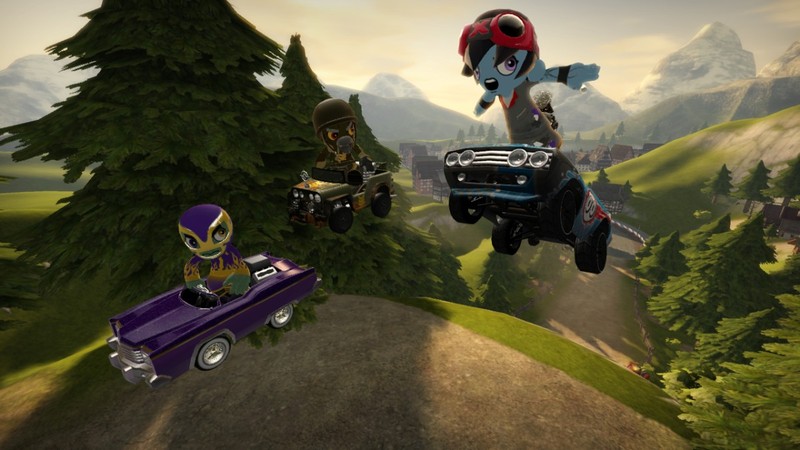 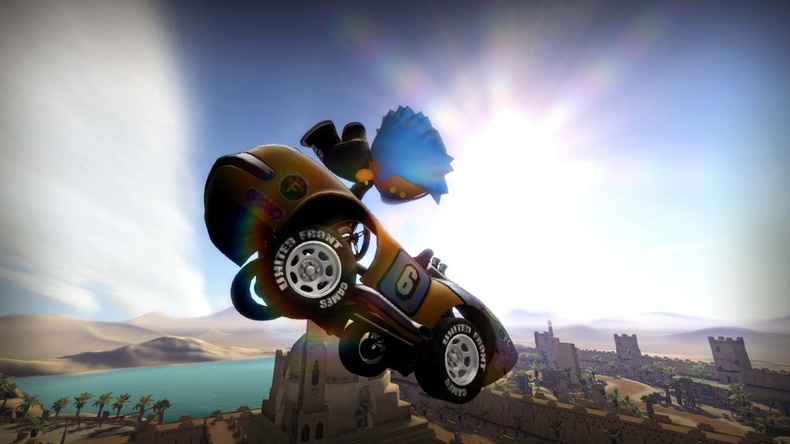 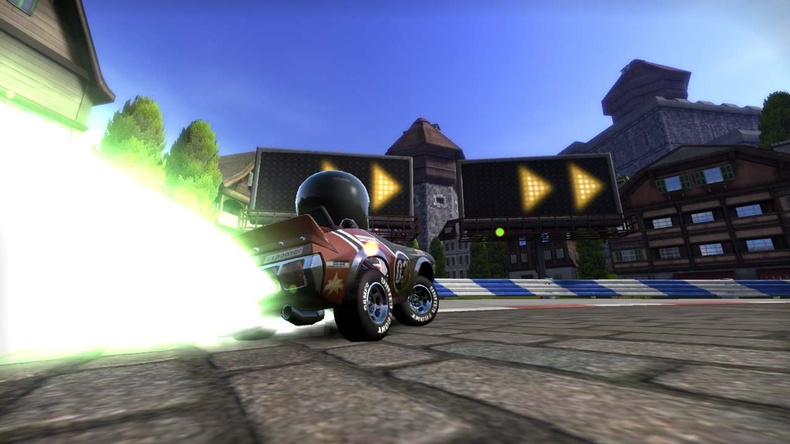 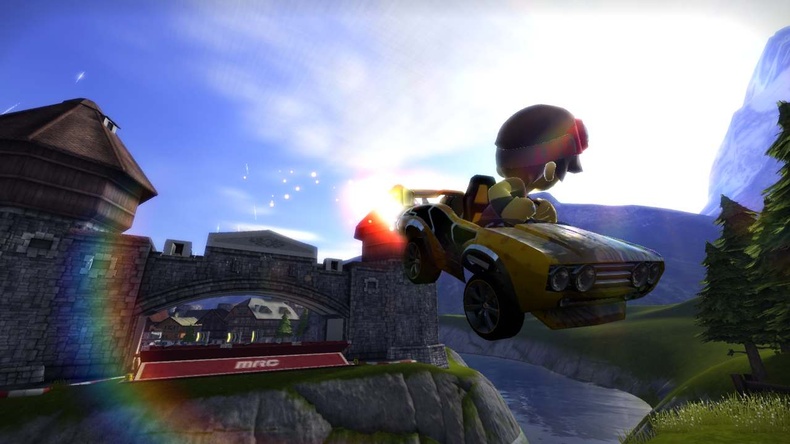 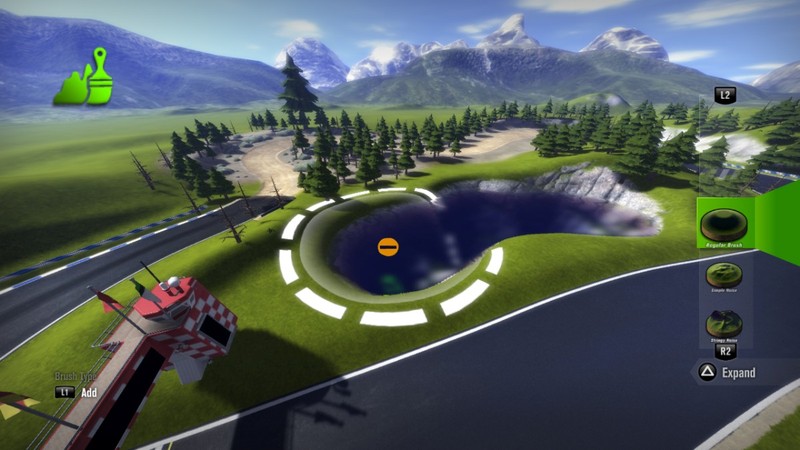 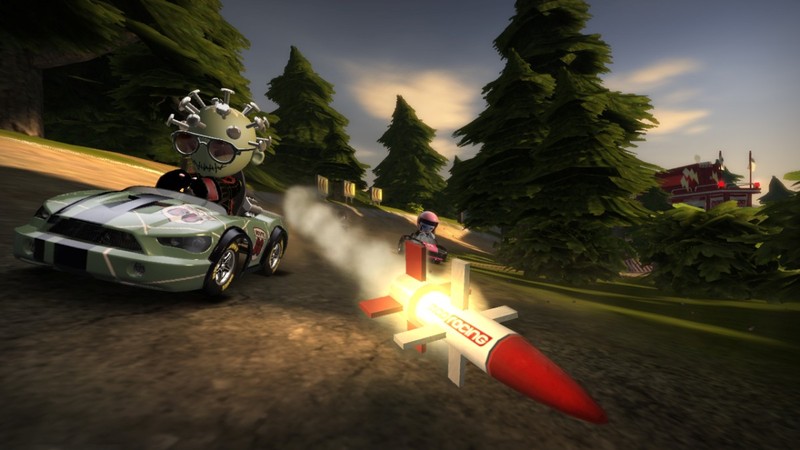 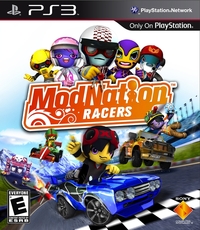 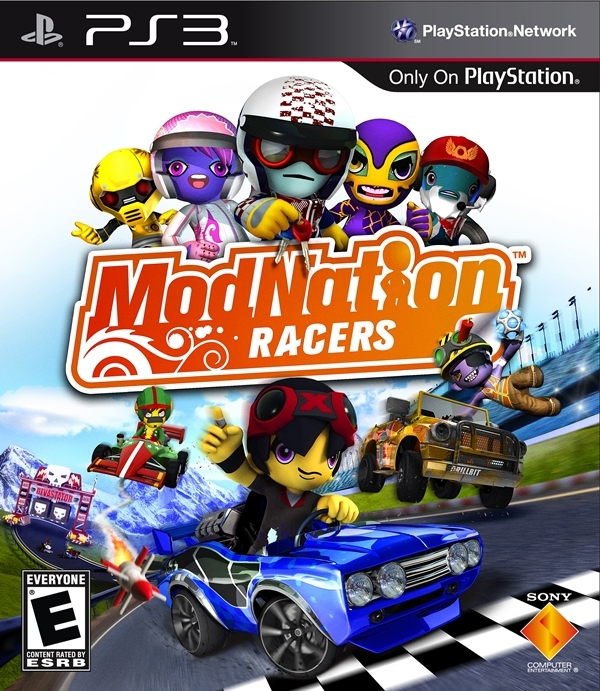 Take the best elements of the above two games and you have Mod nation racers. If you can think it you will be able to create it.

Its 4 player split screen is the deal sealer here so dont pass it up.

What a refreshing and addictive game. Kart racing is back BIG time with Modnation Racers. Create your own tracks, karts or characters and then upload them to the world. There's something in here for everyone. Everyone needs to have this game in their collection.

So I got this game after watching the trailers and gameplay videos, and while still very impressive it does have some bad points. so I will start with the good points: 4 – player splitscreen – always good to have, and still very rare for a next gen racer. Customisation – there are a massive amount of customisation that you can do to the vehicles/drivers, and you can make your own tracks

So now I have to move on to the bad points: The level of difficulty found in the career is a bit much and considering i'm only just over halfway through the career mode and I'm already struggling, I don't see most people being able to complete this game which is sad because all the best customisation parts have to be unlocked, considering this game is made for kids, i would have thought the developers would have taken this into account and lowered the difficulty a little bit, but apparantly not. The body shells for the vehicles are a bit limited at the moment but I would expect to see the same thing with LBP and there will probably be lots of DLC that will fix this problem. And one last thing: the power meter (or boost meter), (it's probably just me) but I find it annoying, having to use up your power for a shield, which I believe should have been a pickup, and the whole drifting thing (still might just be me) but I liked the way Mario Kart for the Nintendo 64 had it, on this game you are forced to drift, there is no other option, if you do not drift, you cant get power (boost/shield energy) and you will not be competitive. So although some of this games problems are just the way they made it, its still very fun, and is worth a look.

4 out of 5 people found this review helpful.
ModNation Racers is the newest installment to PlayStation’s innovative Play, Create and Share genre. ModNation Racers is a thoroughly fresh take on classic kart racing that empowers the player to personalize their entire game. Players can express themselves by creating their own Mod character, styling their own racing kart and even building - in just minutes - an imaginative track that can be shared with the rest of the PlayStation community via the free PlayStation Network service. The easy-to-use editing studio tools make this creative process accessible to players of all levels. Not feeling creative? ModNation Racers presents a humorous story with a wealth of pre-made characters, karts, tracks and challenges for all players.