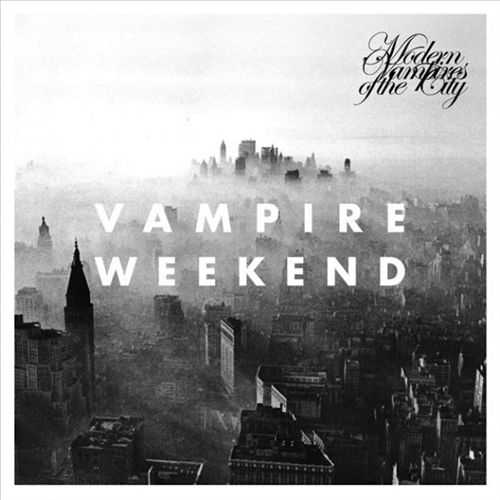 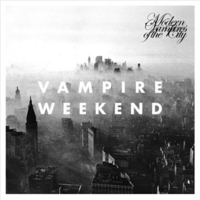 Modern Vampires of the City 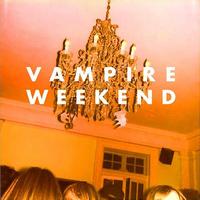 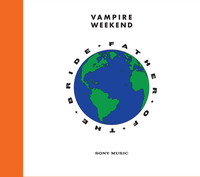 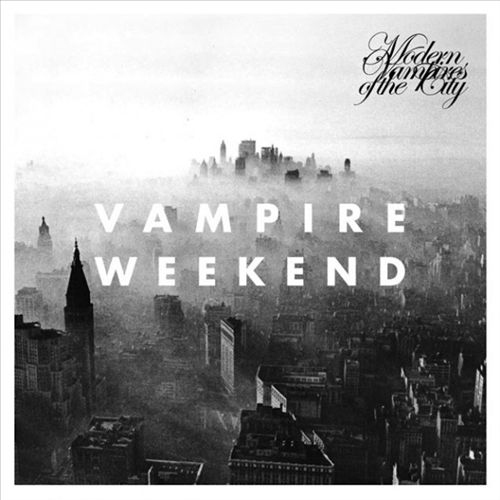 Modern Vampires of the City is Vampire Weekend’s third album, and it will be released in New Zealand on May 10th, 2013 by Rhythmethod via XL Recordings.

The album title is inspired by the first line of Junior Reid’s song “One Blood”:Modern vampires of the city hunting blood, blood, bloooooooood The photo on the cover was taken in 1966 on one of the Smoggiest days in New York history. It was captured by photographer Neal Boenzi for the New York Times.

Ezra and Rostam, the songwriting team behind the band, worked more closely than ever on this album. Most songs began one of two ways: either with Rostam creating a piece of music that often included drums, bass, and chords and sending this to Ezra to write lyrics and melodies on top of, or with Ezra beginning the song by writing lyrics and melodies, sometimes chords as well, and the two of them sculpting the instrumental setting for the track around those. In the summer of 2012, the two traveled to LA to collaborate with Rostam’s longtime friend, and fellow producer, Ariel Rechtshaid. They brought with them writing and recording sessions from New York and Martha’s Vineyard. The three began to stride towards realizing the finished album and were later joined by drummer Chris Tomson and bassist Chris Baio. Drums and bass were recorded to analog tape at Vox Studios. Built in the 1930’s, it’s one of the oldest privately owned studios in Los Angeles. Those parts were then reintegrated with the sessions and further manipulated to create a synthesis of sound and tone, both old and new.

The album has a grandeur and romanticism evocative of the city where it was conceived. Church organs, deep synth bass, booming drums, choirs chanting in Latin are all combined with classic Vampire Weekend joyfulness and spry humor.