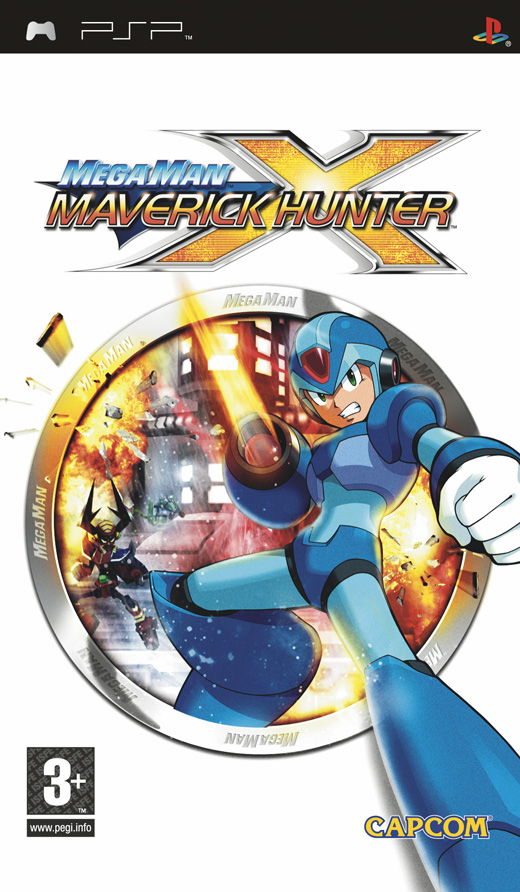 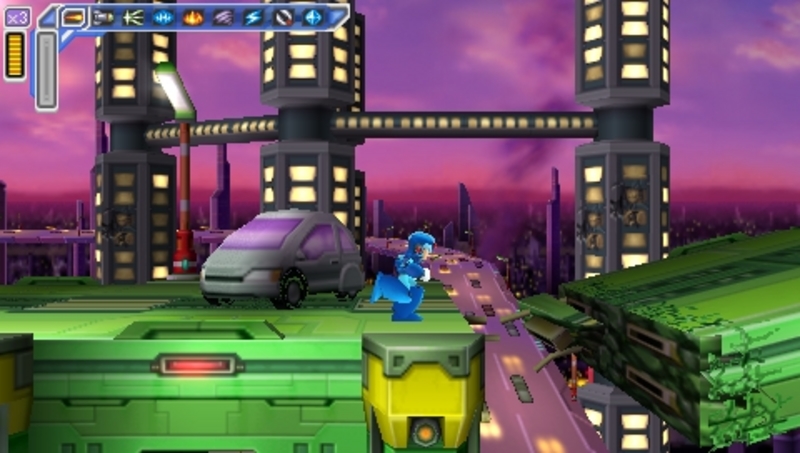 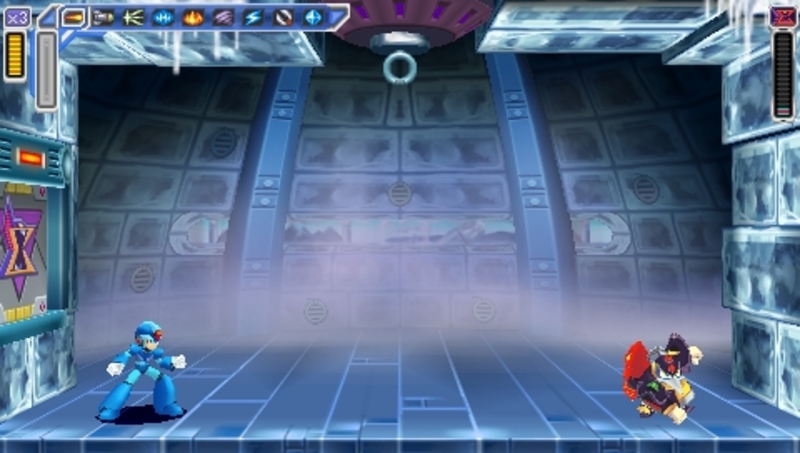 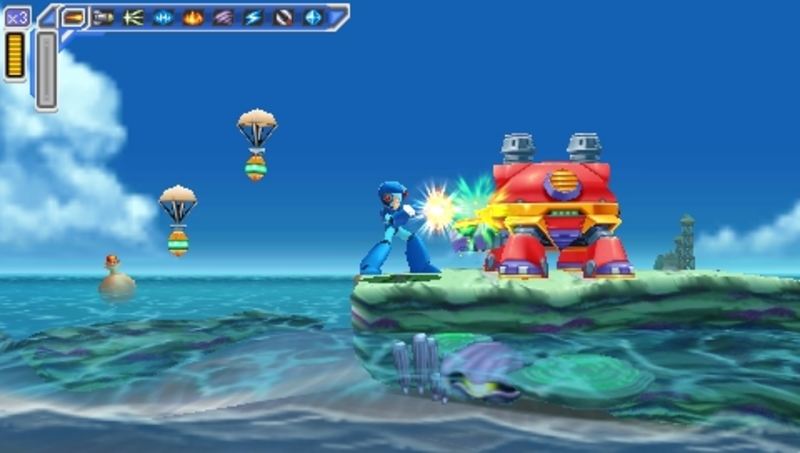 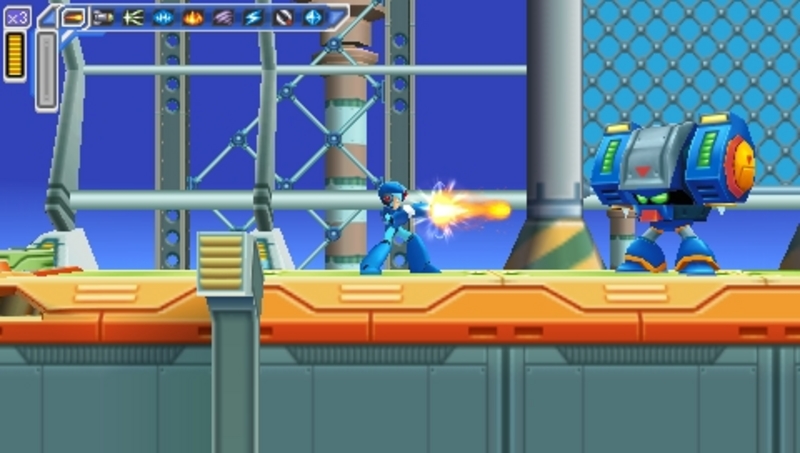 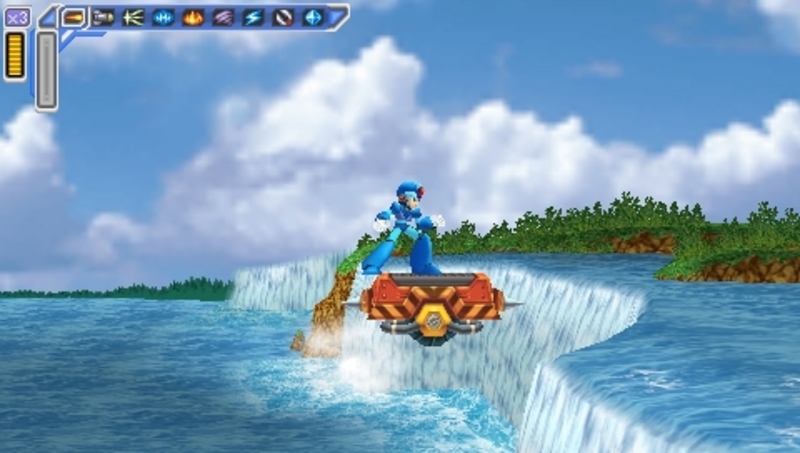 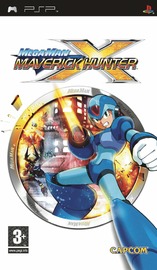 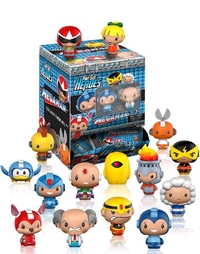 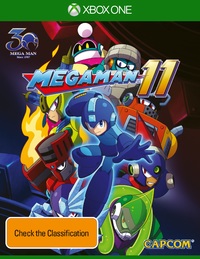 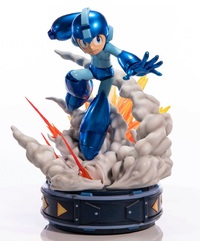 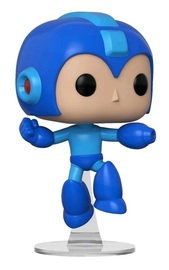 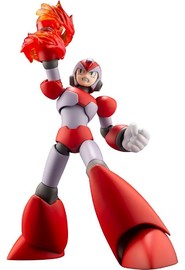 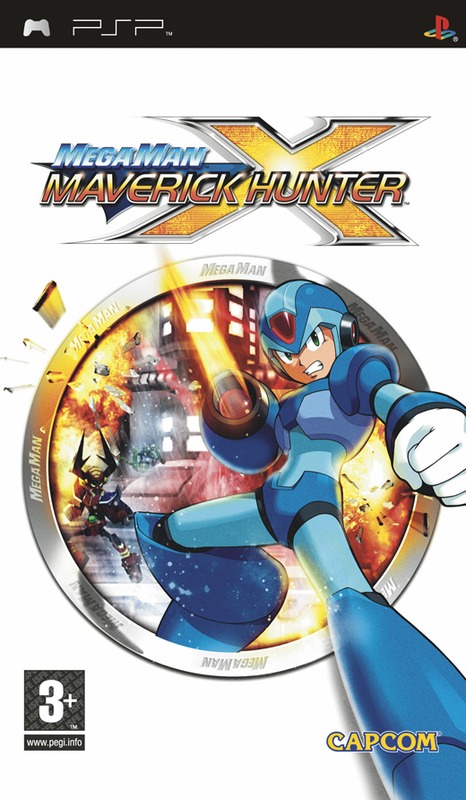 Mega Man Maverick Hunter X is a remake of the original Mega Man X title for the PSP system. The game builds upon the Mega Man engine and adds totally new characters, environments and gameplay features to raise the bar for side-scrollingplatforms. As with previous Mega Man titles, a stage select system lets players tackle levels in any order and replay them limitless times. By defeating bosses, X acquires weapons which can be used to unlock new paths through other stages. Armor partsare also hidden throughout the game and provide players with abilities that can be used to access additional areas and items. With combinations of jumps, dodges, wall jumps and a high speed dash ability, the action reaches frantic heights which the X series has become known for.

The year is 21XX. A mysterious robot named X has been used as the model from which more robots called Reploids were created with the purpose of aiding mankind. Unfortunately, some of the Reploids turned against the humans, becoming Mavericks. An elite squad of Reploids was formed to combat the Mavericks and thusly named Maverick Hunters. Calm was restored until one of the Maverick Hunters, a powerful Reploid named Sigma, turned against the peacekeepers. Now X and his fellow Maverick Hunter friend, Zero, must prevent Sigma from executing his evil plans to destroy humanity.