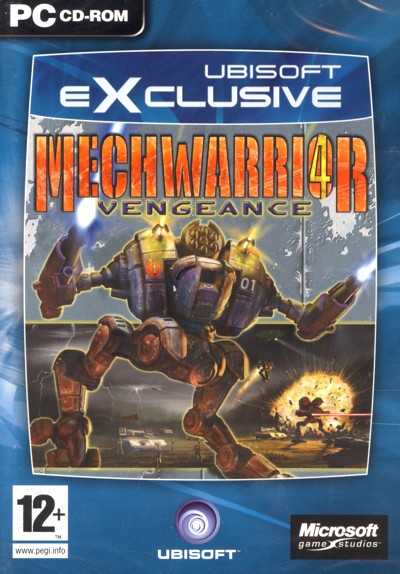 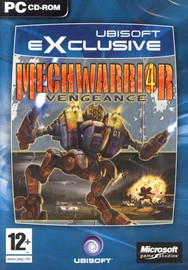 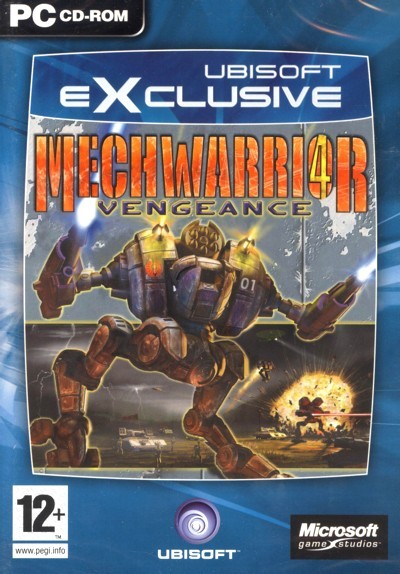 Unavailable
Sorry, this product is not currently available to order
Developed by the creators of the BattleTech Universe and original MechWarrior game, MechWarrior 4: Vengeance portrays the players' epic struggles to reclaim their birthright as they command an awesomely armed 40-foot tall, 80-ton, 90-mile per hour war machine across the remote battlefields of a hostile world.

Packed with intense action, MW4: Vengeance places you in command of a legion of BattleMechs in a heroic struggle to liberate an oppressed planet. If you survive, you will have saved the planet. If you die, you die a hero.

Epic Storyline - With You as the Hero
MechWarrior 4: Vengeance will immerse players in the BattleTech Universe with an entirely new story of a clan's heroic struggle for freedom. Players are the last of their family line, fighting a desperate battle to avenge their father and retake their planet from those who seek to destroy it.

All-New 'Mechs
Players can command 21 different 'Mechs, six of which have never been seen on the battlefield. 'Mechs can be customized with brand-new weapons, armor and sensors including the devastating Long-Tom artillery piece. Each 'Mech and MechWarrior exhibits unique strengths and weaknesses, so gamers must carefully evaluate each mission and plan accordingly.

Dynamic Mission Structure
Players aren't grunts anymore; the universe is theirs to master. They can command and fight in more than 30 unique missions across 15 unique campaign maps. Missions include a palace assault, taking out a drop ship, and a one-on-one showdown with a battleship.

A Cinematic Experience
MechWarrior 4: Vengeance is a complete theatrical experience with a complex story of betrayal, revenge and honor that unfolds in sparkling cinematic detail. Players interact with a multitude of different characters and personalities, watch news reports as they happen, and listen in on radio messages from rebel stations. In MW4: Vengeance, players' actions shape the thickening drama.

Players are in Charge
All aspects of the game are under the players' control. They choose which battle to fight, what 'Mechs to take and which MechWarriors to bring. They decide how and where to deploy their forces as well as the best way to develop the experience of their team. In MechWarrior 4: Vengeance, being a good shot is not enough; gamers must also step up to the challenge of leadership.

Sense of Scale
Players get a true feel for just how mammoth their 'Mech is as they stroll down a street, smashing cars, downing power lines, uprooting trees, and demolishing fences and mailboxes. They can feel the rush as pedestrians flee their gigantic footprints.

MechWarrior Power Without the Complexity
MechWarrior 4: Vengeance provides more tactical options than ever before and is much easier to play, with a simple user interface and robust help features. Rather than memorizing a set of keyboard commands, players use pure destruction to level the playing field by taking advantage of the raw power of their 'Mech. Almost every aspect of the physical, visual, and electronic universe can be modified by targeting specific objects with specific weapons.

Diverse Multiplayer Modes
MechWarrior 4: Vengeance includes a variety of new and compelling multiplayer features, including those designed specifically to support networked multiplay in the BattleTech Universe. For the first time, players will be able to create their own missions, host their own MechWarrior servers, and participate in missions cooperatively. MW4: Vengeance will also include full support for Internet play, with matchmaking available on the MSN Gaming Zone.