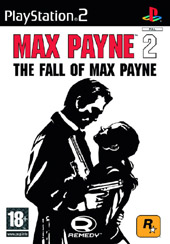 In 2001, Max Payne arrived to set the benchmark for action gaming, earning countless awards and revolutionizing the genre with cinematic combat sequences fuelled by the groundbreaking use of slow motion and compulsive narrative-driven gameplay. Now, working together with Rockstar Games' New York-based production team, Remedy has combined Max Payne's hallmark gameplay with all new innovations and unmatched production values. Max Payne 2: The Fall of Max Payne is set to raise the bar for action games all over again.

Comments: manual included & disc good, if you have special instructions for the courier please email me immediately after buying, check my other listings as i will be listing more games :)