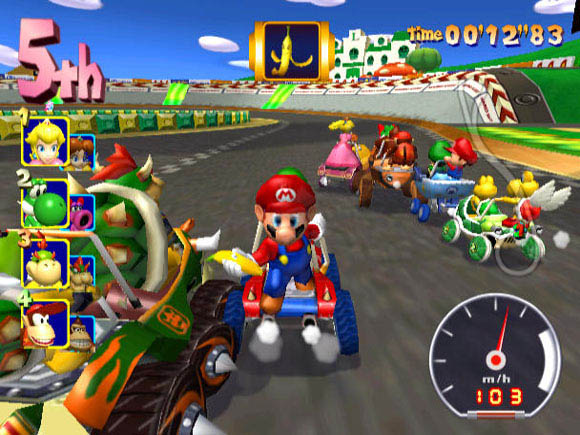 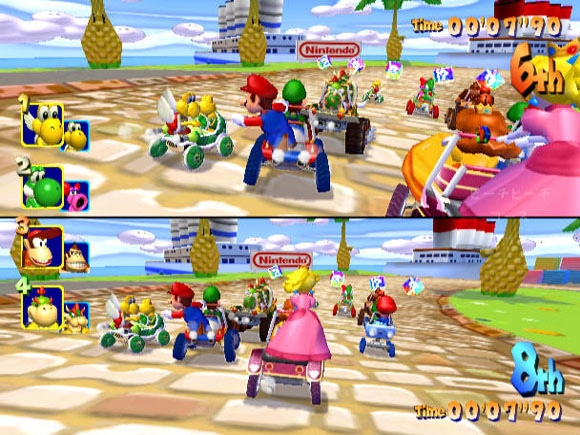 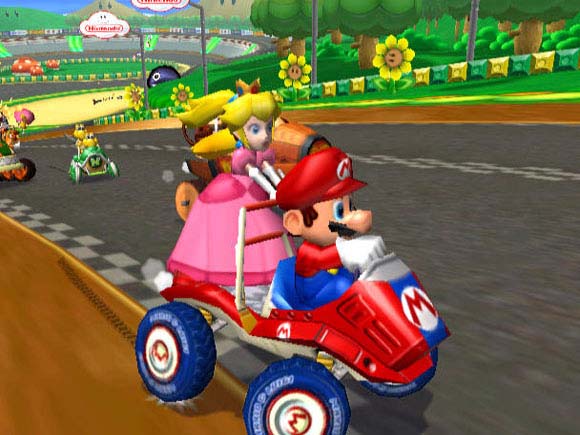 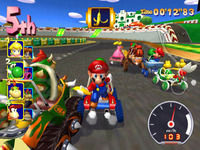 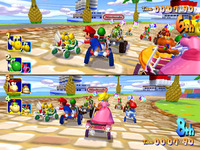 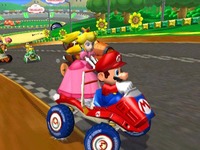 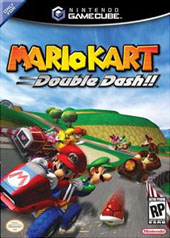 Due to COVID-19, we're unable to accept orders for non-essentials items at this time. Learn more...
The Mushroom Kingdom just got a whole lot more hectic as Mario and company double up for furious kart racing, but this time they're driving two-seaters! Pick a partner and race through wild courses as you compete in tough circuits or duke it out with power-ups and items in battle arenas.

* Double the fun! Each kart holds two racers that can switch places at any time. Choose from a huge cast of favorites, like: Luigi, Peach, Baby Mario, Baby Luigi, Wario and many more, and pair them up in any combination. The character in front handles the driving duties, while the character in the rear doles out damage with six different items plus eight special items that only specific characters can use.

* Reach new levels of frenzy with four-player mayhem, as each player controls two characters as they speed through Mushroom Kingdom courses.

* Place first in racing circuits to open up progressively more difficult circuits. Of course, you can have multiplayer races on any open courses or battle in arenas.