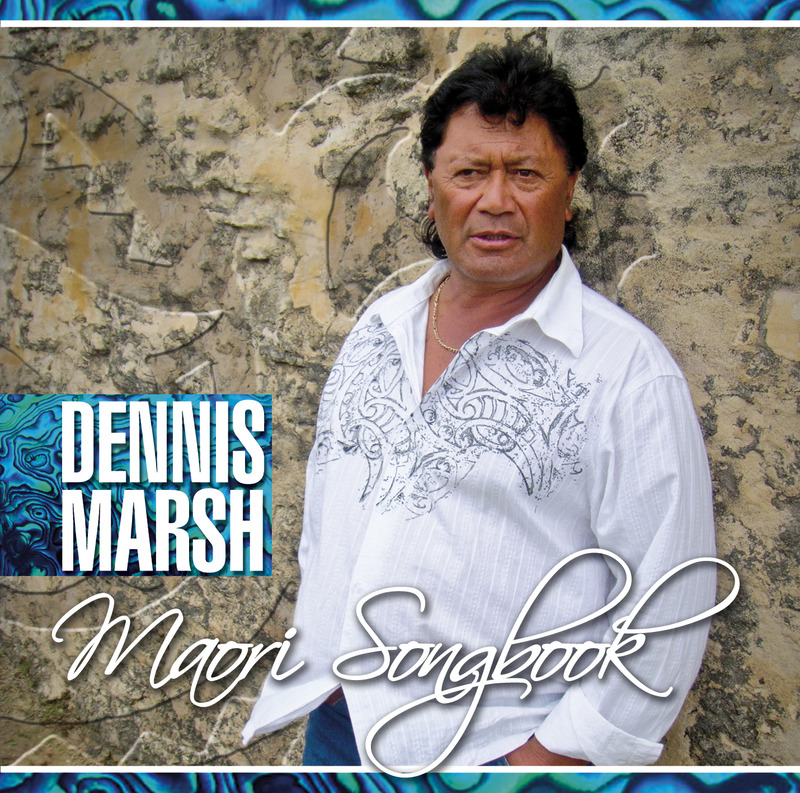 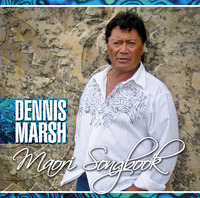 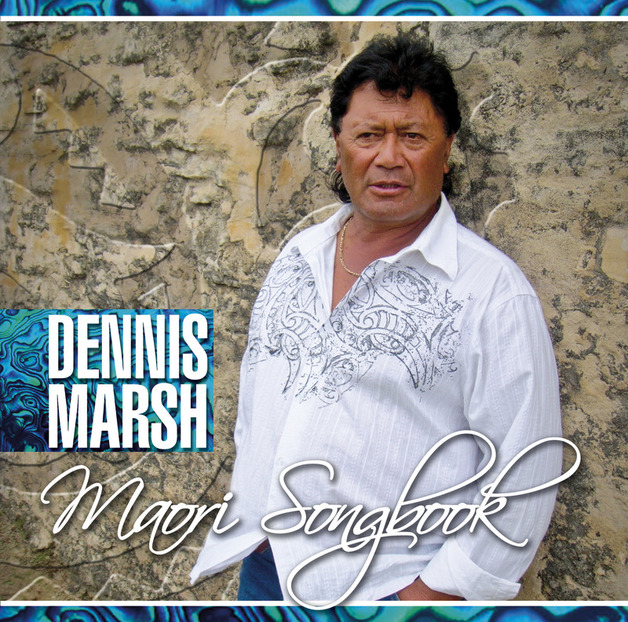 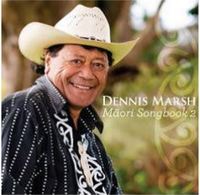 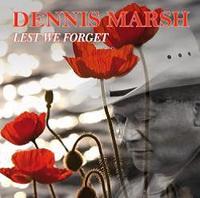 Dennis has a grand voice and you just can't go wrong when he sings Maori songs!!!!

Dennis Marsh is a country boy at heart, born 22–02–51, under the stars, literally, on the verandah of his grandparent’s home in Te Kuiti. He grew up loving the outdoor living – hunting, shooting, fishing, horse riding, which was very much part of his early years. His Dad’s work on sheep stations meant many moves during Dennis’ early schooling years. From the small village of Ongarue to Waimiha, Ngakonui (not far from Taumarunui) to Kuratau. He attended Tongariro High School and he referred to himself as ‘not the brightest light’ in the family! He was a school Prefect, not by his choice but by the people’s choice! After spending a couple of years in 5th form, trying desperately to learn things that didn’t seem to matter, Dennis decided to do an apprenticeship as a carpenter/joiner. 1969 he said ‘goodbye’ to his parents and nine brothers and sisters to travel to the Hostel in the ‘Big Smoke’ to begin his trade.

Dennis was not used to the hustle and bustle of city life where trains and buses replaced horses and tractors! While in the Hostel he plated rugby (in a church group), volleyball, indoor basketball and ran school camps.

1970 – One of five to be selected, by a panel of judges, from singers all over New Zealand, to form part of a group called ‘Living Bread’ to represent New Zealand Youth for Christ in Sydney, Philippines and Singapore. This was really Dennis’ first experience in recording as the group cut an album in Wellington, on a vinyl record, an LP.
1971 – Completed carpentry apprenticeship
1972 – Became self-employed

1976 – Attended Theological College in Henderson for two years and was Assistant Minister at the Maori Evangelical Fellowship Church. Dennis formed and was youth leader, of what is believed to be the largest youth club in the country. It was so big they had to use the Mangere College gymnasium. Even today, he meets many of the youths from is club, in every walk of life.
1984 – ‘Dragged’ along to his first country music club in Manurewa. He was called up to sing for the first time and has never looked back.
1985 – Won his first country music trophy – Senior Solo and Senior Instrumental (playing the ‘Squeeze Box’) and ended up being the Overall Winner of the awards.
1986/1987/1988 – Won a ‘mixed bag’ of awards including the Australasian Gospel Award in Tamworth, Australia.

1989 – Won the Tauranga Overall Award which made him an entrant into the New Zealand Country Music Entertainer of the Year, which he went on to win. He released his first album ‘For You’ during this year, whilst battling unknown health problems. After visiting his doctor he found himself on the operating table three days later undergoing major heart surgery to have his first heart valve replacement. This did not stop Dennis in any way, I fact it gave him more energy to really get into his music and building at the time. With a flair for redecorating houses, he bought and sold houses for a couple of years and was in great demand to entertain, doing guest spots all over the country from North to South, East to West.

1990 – People were sending songs for Dennis to record, hence the next album title ‘Your Choice’. The first Dennis Marsh Band was formed, and two of his original band members are still with him today.
1991–1998 – Released ‘Lucky Star’, ‘Hobo’, ‘Feelings’, ‘Dad’, and ‘Out of Mexico’. ‘Out of Nashville’ – album number eight was recorded when airplay for New Zealand music and especially country music, was at an all time low. The only Auckland country music station was playing about 2% Kiwi music. Dennis was told that his music was not up to the standard required for airplay and faced with this comment; his only choice was to have an album recorded and mixed in Nashville, USA. Even with all the top Nashville musicians, it never received the airplay it deserved, it was real tough – and still is – to make a career in music in New Zealand and even worse if it was country. ‘Out Of Nashville’ was his first album to be nominated for the Clear Awards. It was runner up. Dennis’ desire to compete and survive in the music arena pushed him to better heights and he recorded and inspirational album, ‘Faith’, with the Yandall Sisters, completing the overall sound with their harmonies. This album was in the final three of the Tui Awards in two categories – Gospel and Country.

1999 – ‘Faded Love’ was recorded in a new studio with a new sound. This was album number 10 and it was 10 years since the heart valve transplant and 10 years in the entertainment industry. Dennis and his wife Yvonne spent six months organizing a concert in the Founder’s Theatre in Hamilton. This proved to be the biggest and best show of his career. Everything was $10 – entry, t-shirts, caps and albums. The theatre was packed to capacity with buses from all corners of the country – Kaitaia, Gisborne, Auckland, Te Kuiti and Wellington. This was a very emotional evening and Dennis received no less than four standing ovations, one when he was presented with his first two gold albums for ‘For You’ and ‘Your Choice’. The numerous charity shows he performed for meant he didn’t have a life outside music so it was now time to hang up the hammer and concentrate on music full time as recordings, bookings and music in general had now become a job and not a hobby. Dennis has, of late, concentrated on helping the Patumahoe Fire Brigade raise for a new ‘Little Flick’ fire engine and started the ball rolling for them by donating all his fees to the fire brigade from the ‘Christmas in NZ’ release concert and a percentage of the album sales, which he still does today.

2000 – Album number 11 ‘Out Of New Zealand’. This is Dennis’ best yet and reached Gold status within the first three months and is his first Platinum album. 2000/2001 – A disastrous year health wise again. After suddenly becoming very ill on the eve of his Sky City concert to celebrate the release of his 12th album ‘Christmas in New Zealand’, tests within the next two days showed he had septicemia and Dennis was back in hospital for his second heart valve operation. It was a ‘scary’ Christmas but he had many prayers and well wishes from his friends and fans. This really took a toll on Dennis and Radio Waatea asked if he would like to fill in a few days as DJ with a country drive time show while he was recuperating. The end result being that he was there for two years and built up such an audience that he rated number one in a matter of months. At Christmas time, he had no choice but to leave the radio for a while as his commitments were leaving no time to do justice to his radio work. Also two adored grandchildren arrived on the scene and Dennis has such a rapport with children that he wanted to spend precious time with them.

2001 – Back into the studio again to record album number 13 ‘To Get To You’ 2002 – Ben Tawhiti, Dennis and friends were invited by White Gloves Productions, to film a four part musical series to be screened on TV in the latter part of 2003. Two other TV invitations for Dennis to host were in the pipeline. Dennis has had small parts on a couple of TV episodes and has done several TV ads.
2003 – The album, ‘Out Of New Zealand’ prompted his distributors to contact a promoter to organize a tour for Dennis at 14 venues throughout the North Island. Dennis was very grateful to be able to do an organized tour.
2007 – Country album of the year award as well as ‘Australian Overseas Artist Award’ at the Australian Country Recording Awards 2008 – Voted ‘NZ Country Male Artist of the Year’ at the National Country Music awards. 2009 – The Variety Artist Club awarded Dennis ‘NZ Male Artist of the Year’ as well as receiving, at the National Country Music Awards, the ‘NZ Country Male Artist of the Year’ for the 2nd year running Dennis and his wife, Yvonne, live in Patumahoe, a small village between Papakura and Pukekohe and have one daughter, two sons, two daughters-in-law and two grandchildren between them. His hobby is fishing and he spends any valuable time he can find, out on the Waitemata Harbour with a couple of friends, often fishing right into the late evening. He has the gift of being multi-talented when it comes to playing any musical instrument and can also drive any machinery.

Dennis has released 22 albums to date, with a massive 350,000 sales, 3 Platinum and 9 Gold to his credit, making him arguably NZ’s top selling Country Artist of all time. Dennis’ sense of humour and unique voice, his love of people and his country, make him one of New Zealand’s most popular entertainers, both on the stage and off.