Man Of The Year 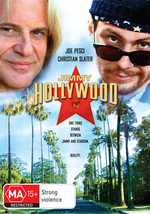 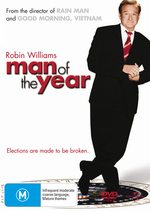 Man Of The Year

Elections are made to be broken.

Comedy superstar Robin Williams (RV, Birdcage, Mrs. Doubtfire) plays Tom Dobbs, a comedian who made it to the top by telling it like it is. When he decides to run for President to unleash his trademark comic rants on the powers-that-be, something extraordinary happens – he wins! From the director of Good Morning Vietnam and Wag the Dog comes an irreverent comedy hit with a hilarious all-star cast that is sure to win your vote for best comedy of the year!