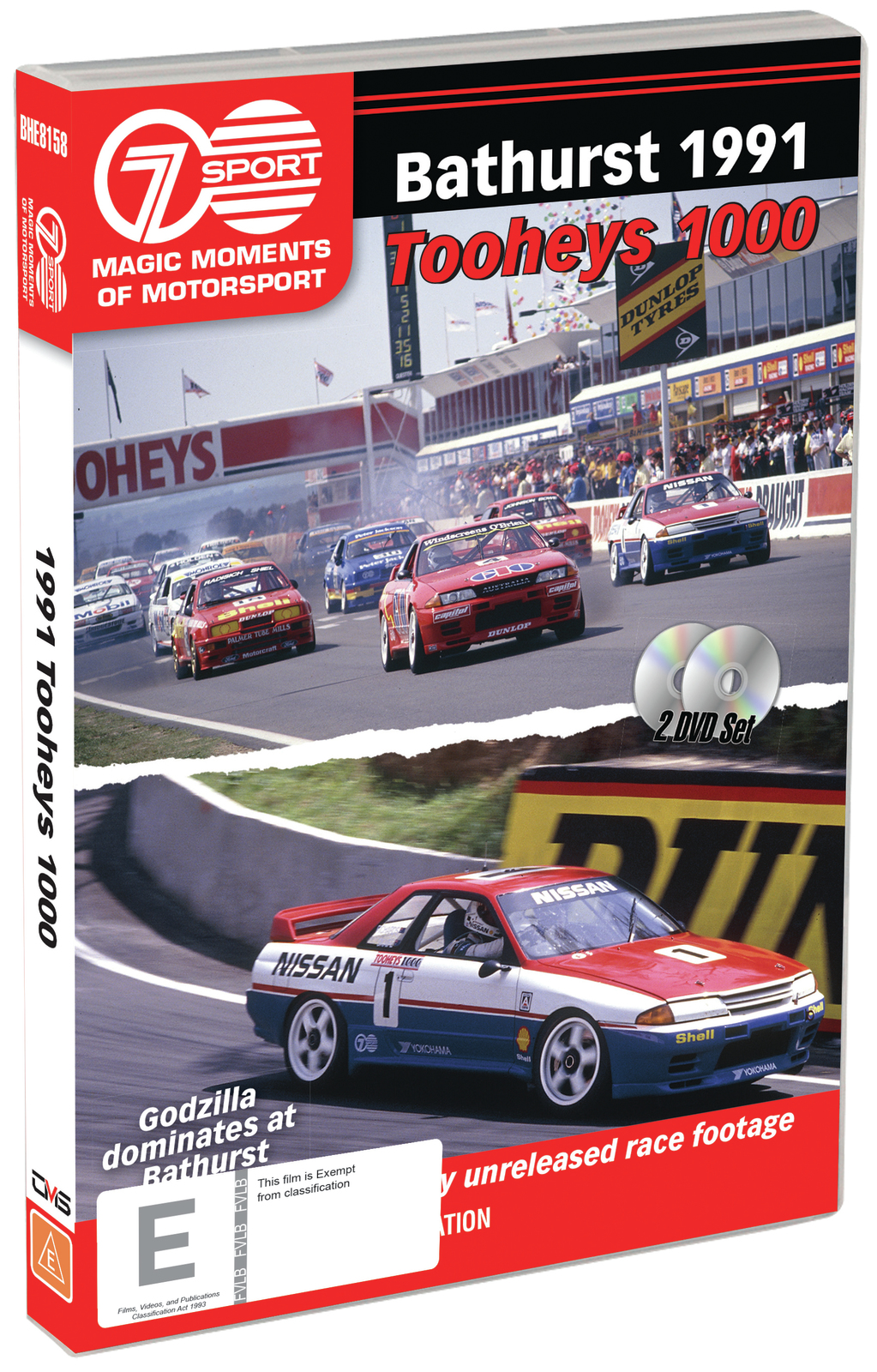 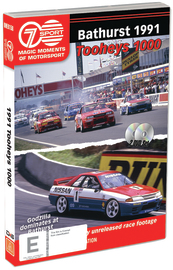 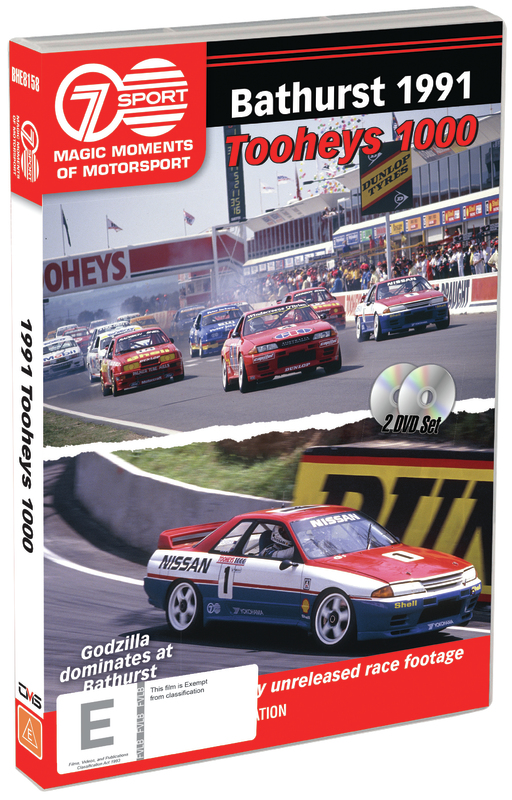 THE 1991 Tooheys 1000 at Mount Panorama, Bathurst was run in race record time with victory to Nissan’s Jim Richards and Mark Skaife – now, for the very first time, the full Seven Sport telecast has been released here as part of the popular Seven Sport’s Magic Moments of Motorsport DVD series.

The 1991 race saw the Nissan GT-R sweep home to become the first Japanese car to win Australia’s ‘Great Race’ as Richards and Skaife led the majority of the 161 laps on their way to victory.

The four-wheel-drive, six-cylinder, twin-turbo car dubbed ‘Godzilla’ was in a class of its own, leading home the Holden Racing Team Commodore of defending Bathurst champs Win Percy and Allan Grice and the privateer GIO GT-R of Mark Gibbs and Rohan Onslow.

Included on this release is the full race day telecast, including the pre-race festivities, pit stop challenge and then the ‘main course’, the 161-lap Mountain classic.

This release also includes a range of unseen vision too. We have included on this DVD the race action that unfolded while television viewers of the day were busy watching commercials!

This DVD is a must-have for your collection of Seven Sport Magic Moments of Motorsport titles, celebrating a brilliant era of racing at Bathurst.