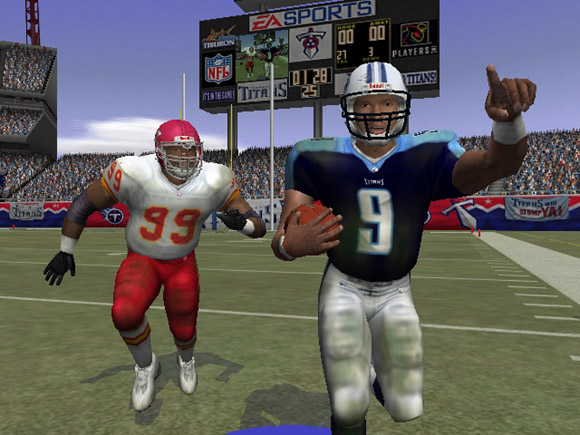 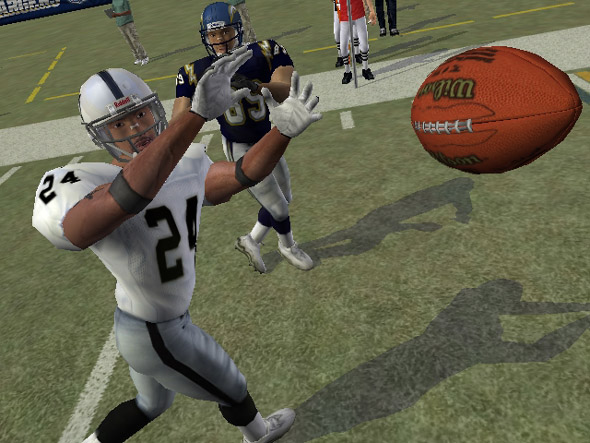 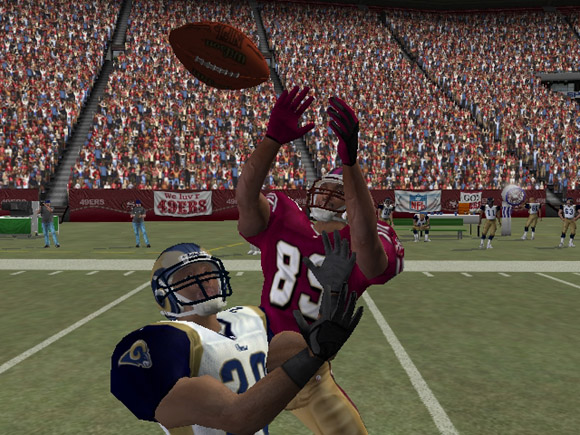 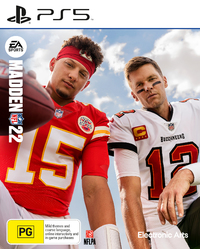 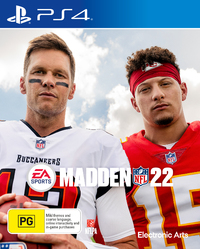 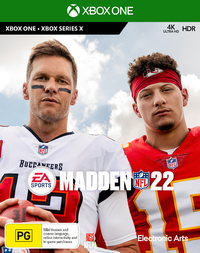 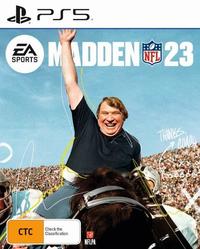 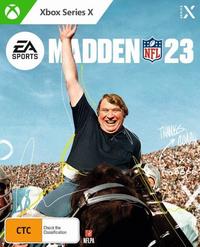 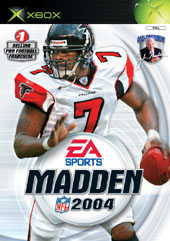 The franchise player of the EA Sports team goes deep and scores yet again.

Madden NFL 2004 wins on and off the field and improves upon an already great title.

Cover boy Michael Vick became the latest victim of the Madden curse. Vick, like predecessors Marshal Faulk, Daunte Culpepper and Eddie George had a less than memorable season after appearing on the cover.

I wonder who will get the kiss of death in '05?

Back to the game. Its realistic gameplay has evolved with the inclusion of Playmaker allowing you to change the game on the run and is as immersive as ever.

Off-field developments allow you to relocate a franchise in owner mode wherever you desire. There is no expansion mode as yet and I believe this would be the next logical step. However you have the chance to relent to common sense and finally bring football back to Los Angeles!

Comparing this game to its competitors is like comparing the aforementioned Mr Vick to NFL colleagues Drew Brees and Kordell Stewart – the other two are high on promise but haven't delivered.

The biggest compliment you can give a sports sim is this: When you watch the real thing on TV, do you instinctively reach for the controller???

This is as always the benchmark and a must for any sports game lover.

In its 14th season, Madden NFL Football remains the undisputed leader in authentic NFL football simulation. This year, make adjustments after the snap and create championship caliber plays with revolutionary Playmaker Control. No other football video game offers you more in-depth features like new Quick Match play, League play, tournaments, and more career stats. The new Owner mode lets you control every aspect of your team, from designing a new stadium to setting ticket prices. Madden NFL 2004 is the most complete, authentic sports video game ever, making it The Ultimate Judge for sports gamers.

New Playmaker Control - Make pre-snap adjustments to your receiver routes, direct receiver routes during a scramble, direct blocking down field during a run, read and react to the offense to deliver a crushing tackle, or snatch the ball out of the air for an interception.

New Owner Mode - Hire your own staff and build your own stadium with millions of possible combinations including various luxury boxes, scoreboards, tunnel entrances, and premium seating locations. Boost player attributes by participating in the all-new Training Camp mode.

Custom Play Editor - Design your own plays from scratch or take existing plays and change them to fit your offensive and defensive strategies. Try your new plays in-game using your Custom Playbook.

All-New Game Presentation - Now you will never leave the playing field. Keep your players on the field during the play-calling screen. Watch all the highlights in split-screen replay and revel in new player accuracy details like dreadlocks, tattoo replicas, and four new helmet styles.

New Specialty Animations and Game Enhancements - Including new QB scramble transitions to improve throwing on the run, stumbles, bone-crushing open field blocks, whirlwind defensive reaction moves, sideline wrap tackles, and out of bound pushes. Change your personnel at the play-calling screen to create match-ups in your favor in any offensive formation.

EA SPORTS Trax Jukebox - Select menu music from a list of over 15 cutting-edge rock bands and hot new hip-hop artists or import your own songs and create a custom playlist.

Comments: manual included & disc has lots of light scratches, my shipping fees are $4 non rural & $8.50 rural so please choose the correct one when buying, also both options are tracked & you will be sent the track information, if you have special instructions for the courier please email me immediately after buying, check my other listings as i will be listing more games :)