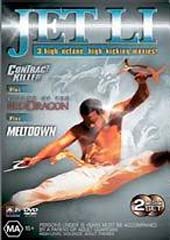 When an old Japanese tycoon suspects that he may be murdered, he establishes a huge reward fund for the person who will find his killer. When the old man is killed, out-of-luck con man (Eric Tsang) and struggling “newbie' hitman (Jet Li) band together in hope of a big payday as they try to discover the identity of the "King of the Hitmen.”