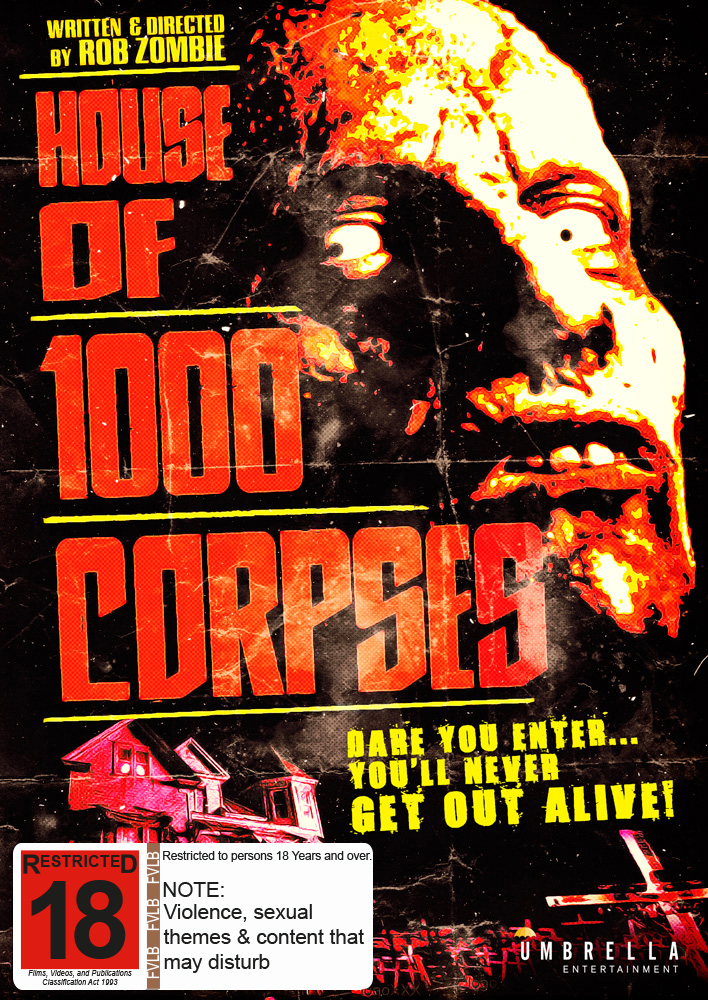 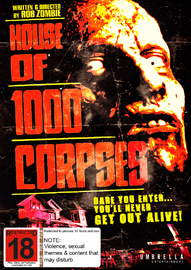 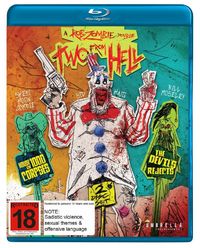 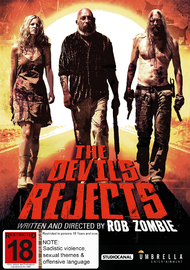 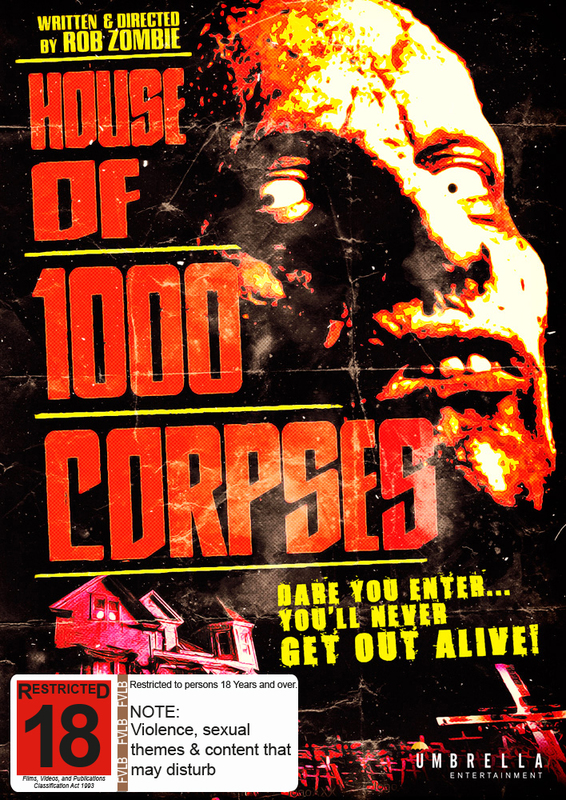 On October 30, 1977, three intrepid youths travel across the American landscape, researching a book on unusual roadside attractions. During one pit-stop they encounter petrol station owner Captain Spaulding (exploitation legend Sid Haig, The Big Doll House, Blood Bath) who introduces them to “The Museum of Monsters & Madmen”, where they learn the local legend of Dr. Satan.

In search of the particular tree from which Dr. Satan hanged, they pick up hitchhiker Baby (Sheri Moon Zombie, Toolbox Murders) and are lead to a mysterious house that will be their ultimate undoing, wherein resides a family so morally depraved that death is considered less an end and more of a vacation.A twisted and macabre tale of gut-wrenching exploitation, inspired by 1970s cult horror classics The Texas Chainsaw Massacre and The Hills Have Eyes, directed by Goth rocker-turned horror maestro Rob Zombie (The Devil’s Rejects, Halloween), House of 1000 Corpses is a relentless blood-bath of torture and mayhem.