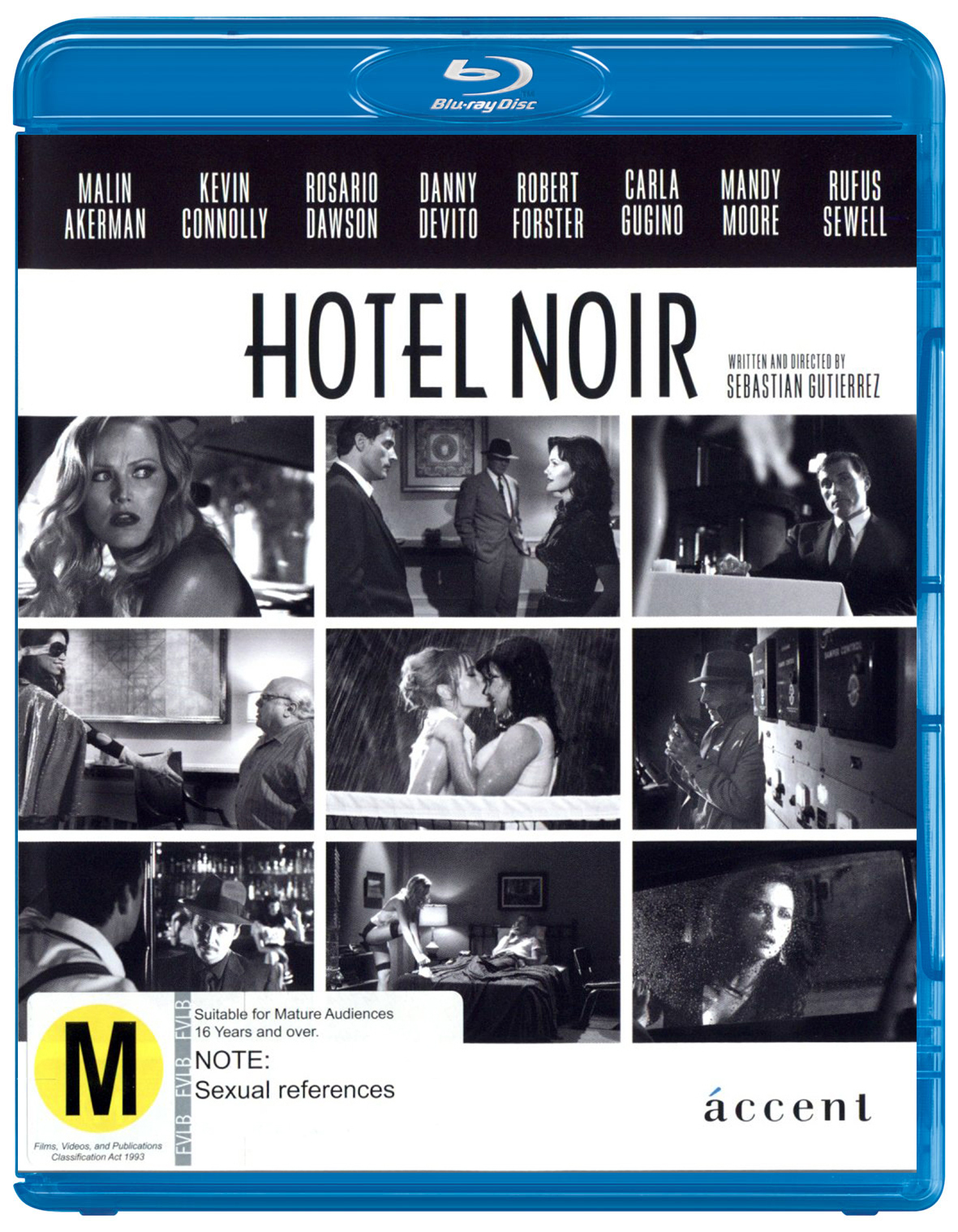 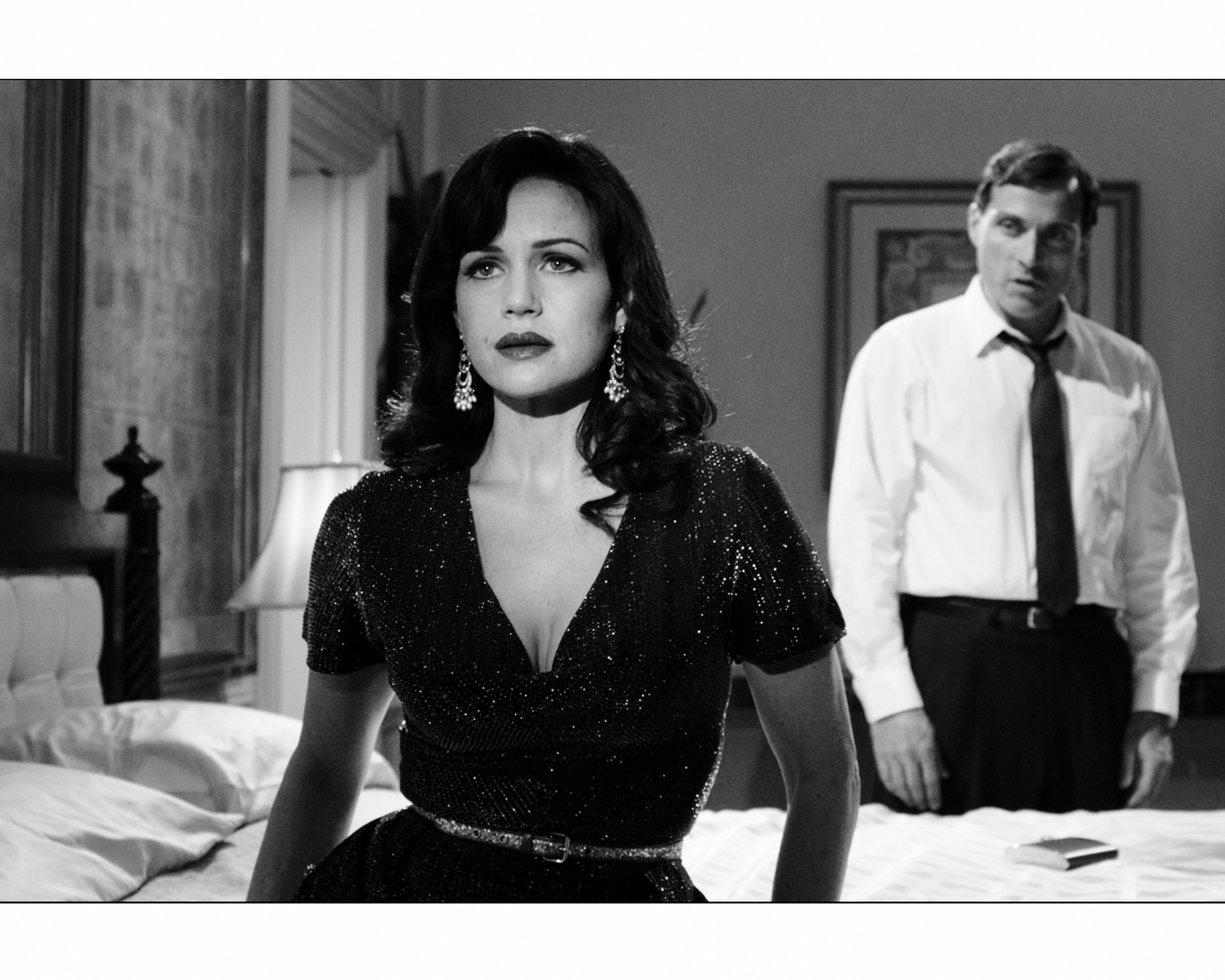 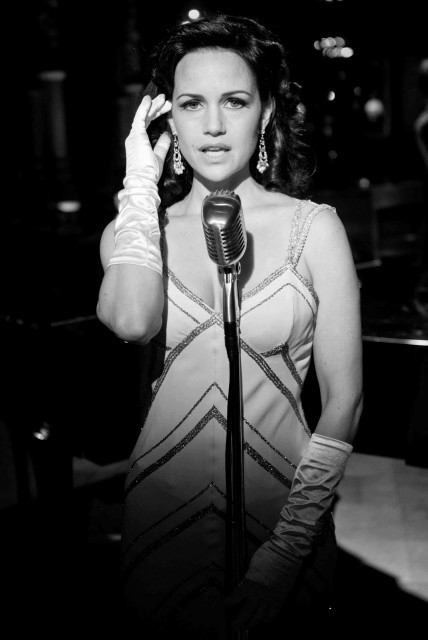 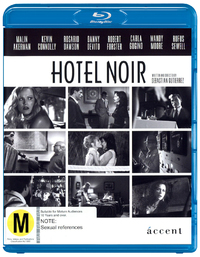 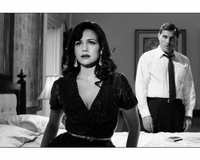 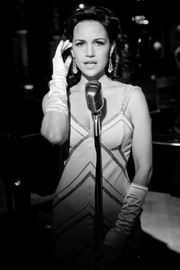 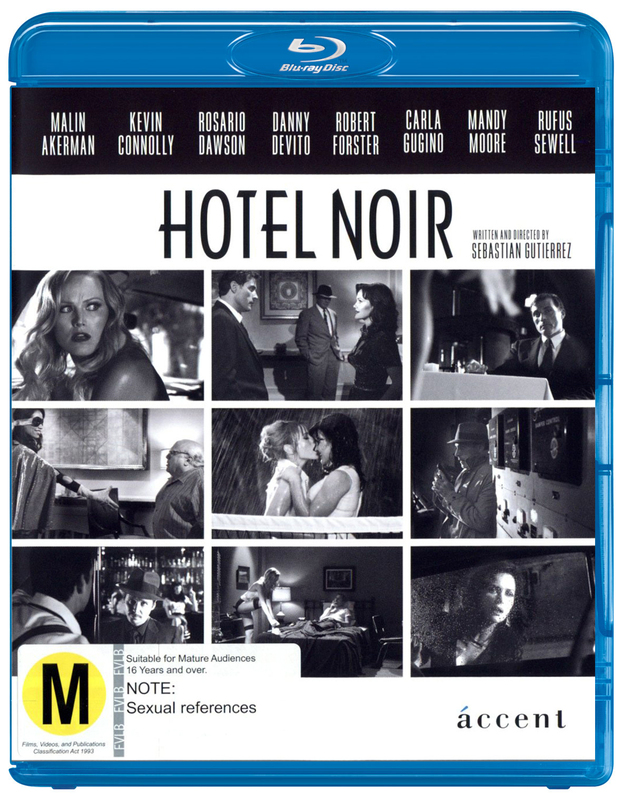 Holed up in a hotel room with a case of money he has stolen from the mob a gumshoe awaits his fate. A shower door installation guy checks in to write a memoir on his experiences moonlighting as a portrait painter for pets owned by desperate housewives. Another resident is a lounge singer being stalked by a mobster who in turn has a fling with a call girl who does the rounds of the hotel dressed as a superhero.

As the assortment of characters intertwine Hotel Noir materialises as a stylish period homage to hardboiled Hollywood and the unreliable nature of storytelling. The tapestry of conflicting inner monologues adds to a web of intrigue and the heavy atmosphere both sexy and fatalistic occasions a parade of star performers smouldering at their best.