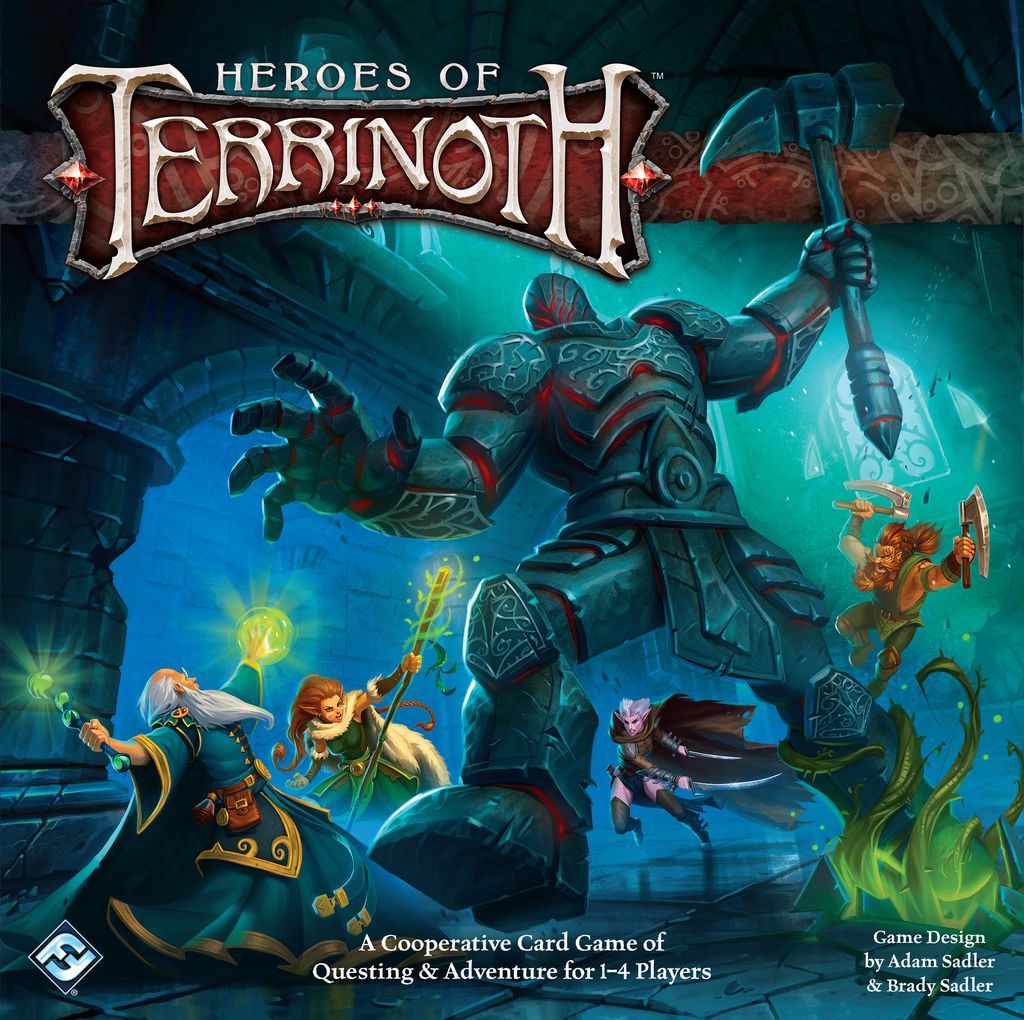 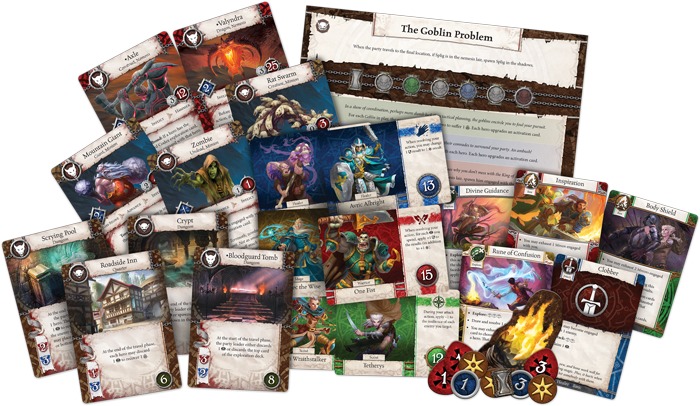 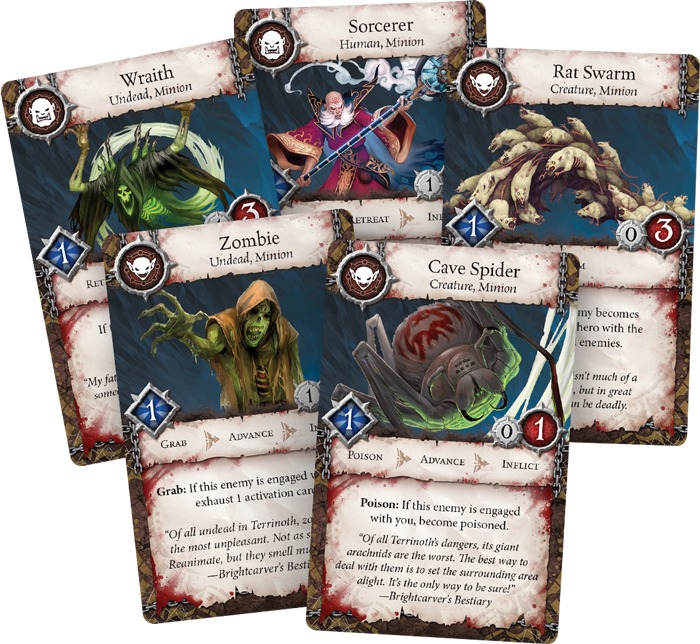 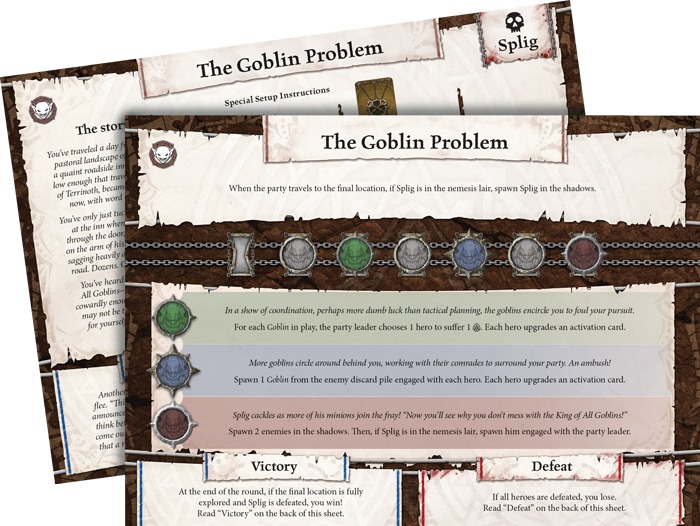 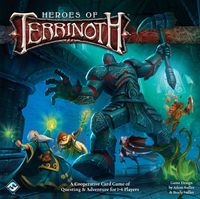 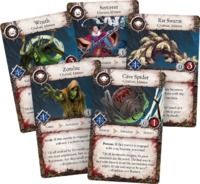 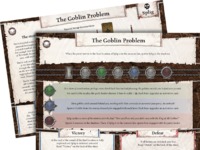 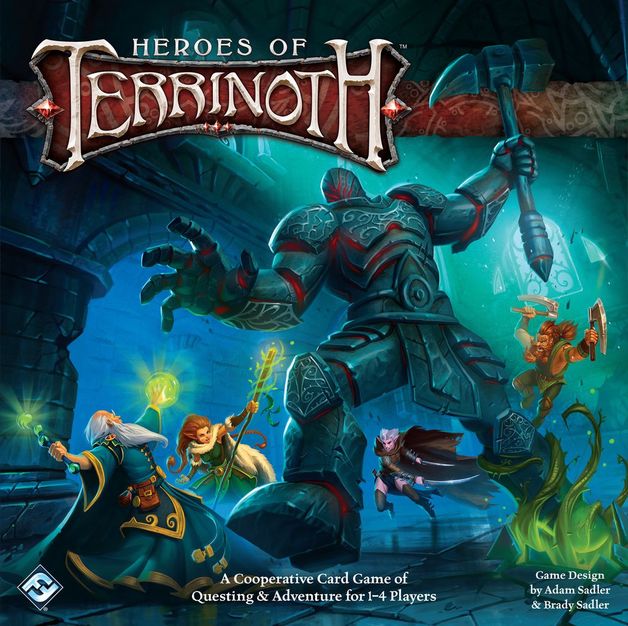 You must commit with all that you have to give. The greatest defeat is failing to move forward." – The Wisdom of King Daqan

Strike back at the enemies of the realm in Heroes of Terrinoth! In the Free Cities, the Bloodguard sows discord, while in the Mistlands, the dead rise from their graves. Now, the realm turns its eye to you and your team of heroes in search of saviors. In this cooperative card game of questing and adventure for one to four players, you will combine your strength with that of Terrinoth’s gre­atest heroes and venture into treacherous dungeons to confront deadly foes, battle dangerous monsters, and discover untold riches. The risk may be great, but the rewards are even greater!

Heroes of Terrinoth is a cooperative card game of questing and adventure that invites you and up to three allies to take on the role of unique heroes, choosing from twelve distinct and powerful heroes, split between four archetypes — healer, warrior, mage, and scout. These archetypes are further diversified into different classes that your heroes can pursue as your power grows. Regardless of which archetype and class you embrace, you and your friends must combine your powers, leaning on one another’s strengths to survive your journeys and defeat the enemies who stand against you. Over the course of eight thrilling quests, you will face villainous foes, battle deadly creatures, and save the realm!