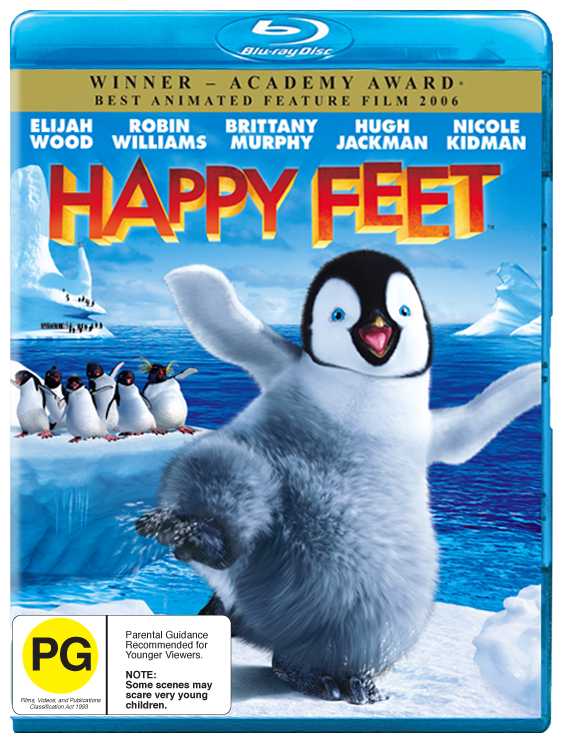 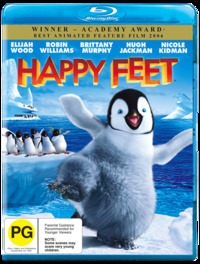 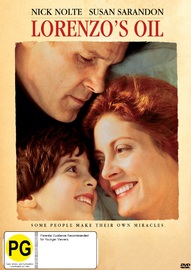 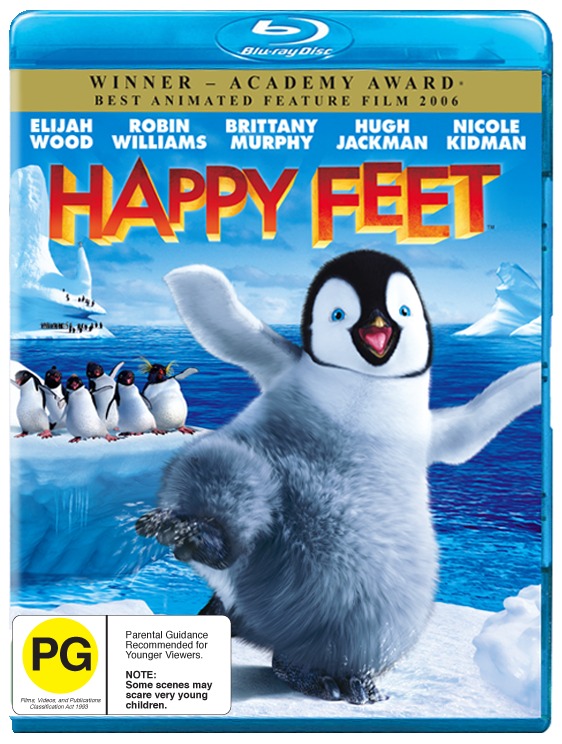 I am so glad that blu ray put Happy Feet onto their disc format, it looks way better then the dvd version on a HD screen, I love this movie and got it at a great price, thanks mighty ape. This movie music sounds so clear and the picture wow, any animation movies are well worth having on bluray as you can tell the high superior picture from the bluray compared to normal dvds. Awesome movie

Loved this movie simply because of it's family values, I initially thought that this movie was going to be a spin off from other mainstream animes, but this was different, great for a family night in!

In the great nation of Emperor Penguins, deep in Antarctica, you’re nobody unless you can sing – which is unfortunate for Mumble (voice of Elijah Wood), who is the worst singer in the world. He is born dancing to his own tune…tap dancing!

Though Mumble’s mum, Norma Jean (Nicole Kidman), thinks this little habit is cute, his dad, Memphis (Hugh Jackman), says it “just ain’t penguin.” Besides, they both know that, without a Heartsong, Mumble may never find true love. As fate would have it, his one friend, Gloria (Brittany Murphy) happens to be the best singer around. Mumble and Gloria have a connection from the moment they hatch, but she struggles with his strange “hippity-hoppity” ways.

Mumble is just too different – especially for Noah the Elder (Hugo Weaving), the stern leader of Emperor Land, who ultimately casts him out of the community. Away from home for the first time, Mumble meets a posse of decidedly un-Emperor-like penguins – the Adelie Amigos. Led by Ramon (Robin Williams), the Adelie’s instantly embrace Mumble’s cool dance moves and invite him to party with them. In Adelie Land, Mumble seeks the counsel of Lovelace the Guru (also Robin Williams), a crazy-feathered Rockhopper penguin who will answer any of life’s questions for the price of a pebble.

Together with Lovelace and the Amigos, Mumble sets out across vast landscapes and, after some epic encounters, proves that by being true to yourself, you can make all the difference in the world.