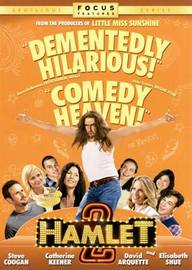 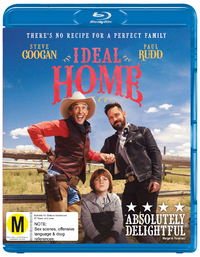 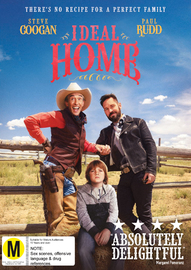 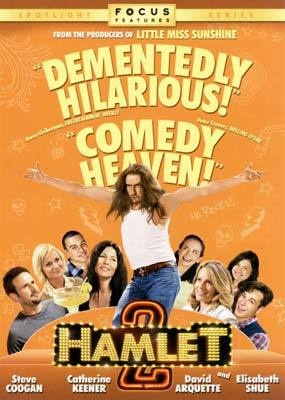 This product is not currently available new.
Available from Marketplace sellers:
Steve Coogan and Catherine Keener star in this film about a high school drama teacher who stages a musical sequel to Hamlet. Bonuses: deleted scenes, featurettes, sing-along, commentary.

Much like the inspired protagonists of his two favorite ...    Full Descriptionmovies, DEAD POETS SOCIETY and MR. HOLLAND'S OPUS, high school drama teacher Dana Marschz (Steve Coogan) is going to save the arts. Marschz's first obstacle: Shakespeare killed off all the major characters when he wrote Hamlet, which puts a damper on his plans for a musical sequel. Luckily, Marschz has an ingenious literary device to circumvent that last doozy: a time machine built in woodshop that will catapult Hamlet and his new pal, Jesus Christ, into the present day and back again just in time to save Gertrude, Laertes, and the gang.

This brilliant piece of theatre is born in the mind of Marschz upon the announcement of the drama club's impending cancellation, prompting the failed actor to take the advice of a ruthless freshman drama critic and finally write something that isn't an adaptation of ERIN BROCKOVICH. But when authorities try to have the production banned because of its offensive material, it's going to take the inspiration of actress-turned-local-nurse Elisabeth Shue (playing herself), the will of Marschz's young students, and the wiles of a feisty lawyer (Amy Poehler) to get Hamlet 2 in front of an audience.

HAMLET 2, the movie, is singular in its melding of grotesque theatre spoofing, schadenfreude, and complete subversion of the underdog-defiance genre's familiar trajectory. Rarely has a film hit conventional plot points only to take the wind out of their sails so effectively while nevertheless moving toward a destination not entirely unlike where its mainstream counterparts would go anyway. HAMLET 2's subdued lack of traditional filmic values and glaring music cues, as well as its performances, which manage to fold earnestness and deadpan into one another, amount to a movie that simultaneously deconstructs, skewers, and affirms. Like any good satire, it is what it's lampooning.
Release date NZ
April 8th, 2009
Movie Format
DVD Region
Edition
Aspect Ratio
Director
Andrew Fleming
Language
English
Length (Minutes)
92
Stars
Studio
Universal Pictures
Supported Audio
Genre
Original Release Year
2008
UPC
5050582600308
Product ID
2765536