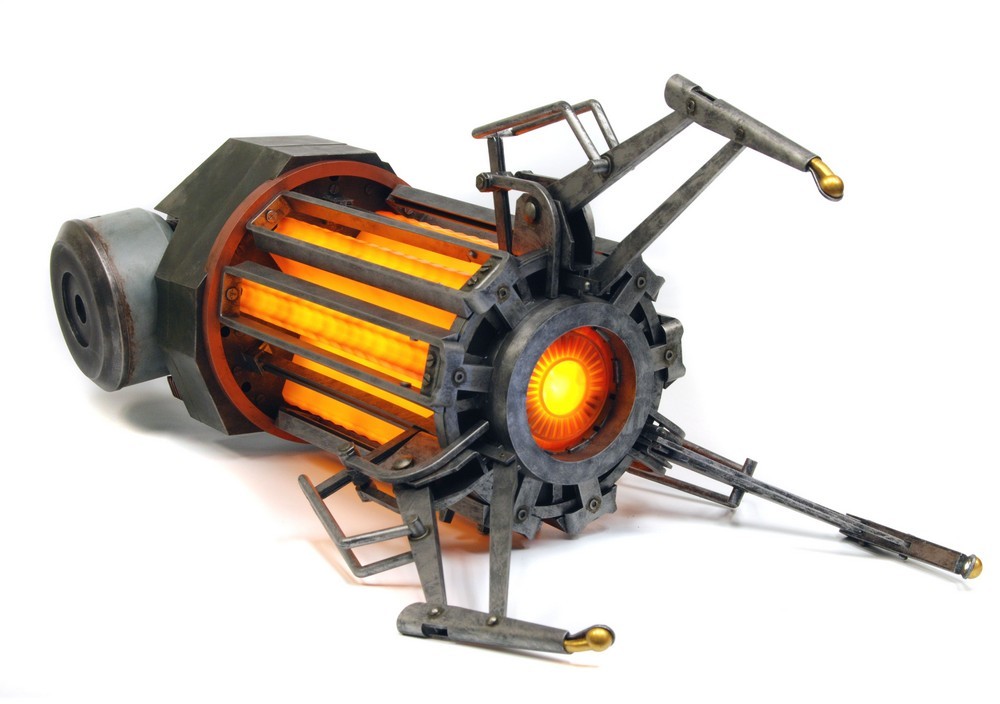 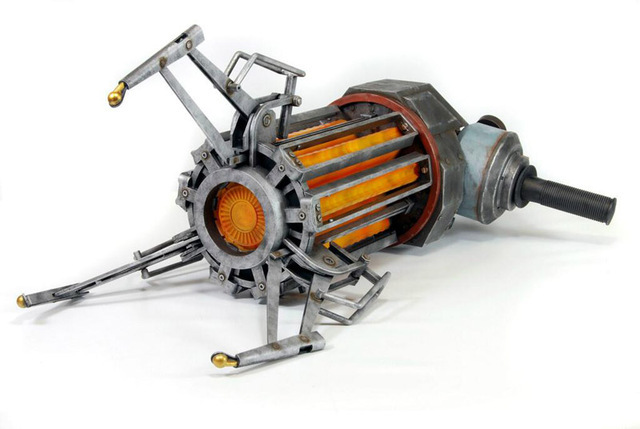 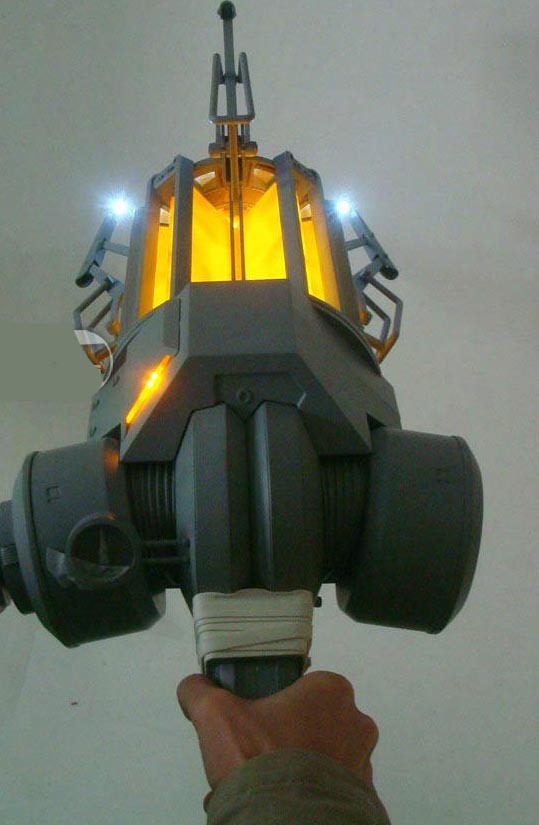 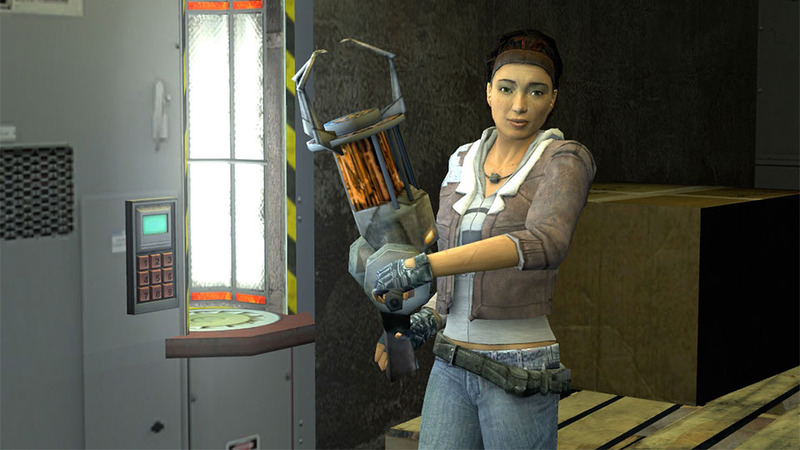 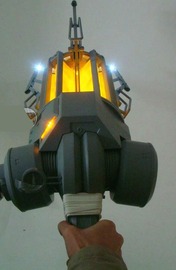 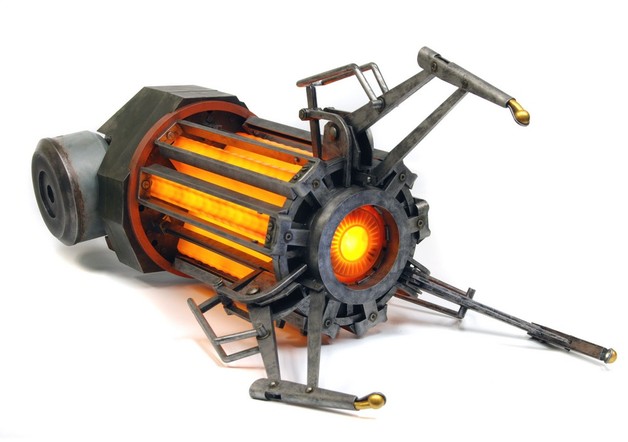 The Zero Point Energy Field Manipulator (Or gravity gun) prop is very high quality. You do have to apply the duct tape yourself though! The orange lights give off an amazing feel that really makes it seem real.

My gravity gun is awesome :) I highly recommend you get it.The special FX and the awesome box make a epic collectable/toy

The Zero Point Energy Field Manipulator (ZPEFM), is a full size 1:1 model of the tractor beam type weapon featured in the Half Life video games. The replica is created directly from the digital data supplied by Valve and is fully accurate and authentic to the in-game model. The ZPEFM is nearly 2 feet in length and features glowing orange LEDs, 2 handles, 2 triggers, and 4 unique sounds directly from the game.

As a bonus a carefully concealed fold away kick-stand allows you to display your Gravity Gun on the shelf or desktop when not in use!

The Zero Point Energy Field Manipulator (ZPEFM), most commonly known as the Gravity Gun, is a tractor beam-type weapon that was originally designed for handling hazardous materials, but, as Alyx stated, was primarily used for heavy lifting. At its core is a substance that appears to be a Xen crystal. Introduced to the player by Alyx Vance shortly after arrival at Black Mesa East, the Gravity Gun soon becomes an invaluable tool in Gordon Freeman‘s arsenal and is considered one of his trademark weapons.