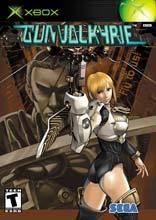 Due to COVID-19, we're unable to accept new orders at this time. Learn more...
Enter a world filled with alien hostility, heavy artillery, and cutting-edge genetic technology. The ultimate mission: exterminate an aggressive alien species. The story opens in a world much like our own, in a time much like the 19th century. A lone scientist has made a string of incredible breakthroughs, yet the technology develops far beyond his intentions - and his control. The result is a world of chaos, biological anomalies, and unsanctioned weaponry. With the government's assistance, the scientist is able to form "Gun Valkyrie," an organization whose mission is to protect new technology and police its use. When the scientist suddenly disappears and a host of nightmarish creatures appear, Gun Valkyrie is called upon to find the scientist, eradicate the mysterious creatures, and return order to the world - by force.

The gameplay is fast and furious. You'll ignite massive battlegrounds in action-packed firefights and explore huge worlds that have been corrupted by over-developed technology. Gun Valkyrie takes full advantage of the Xbox controller by utilizing both analog sticks to allow you to move and aim independently. You can dash, duck, and dive for cover while gunning down enemy creatures all around you. An arsenal of customizable weaponry is at your disposal, so you can choose the right weapon to get the job done.

The visuals in Gun Valkyrie are stunning. A state-of-the-art graphics engine achieves smooth and realistic texture-models and produces amazing environmental effects - both enhanced by a high poly-count available only through Xbox technology. Gun Valkyrie also features a world-famous Japanese animation graphic style called "Japanimation technique." Extremely popular in Japan and the US, this technique makes shading effects in the game tremendously vibrant.

Revolutionary control utilizing both analog sticks—keep your cool during chaotic encounters as you run in one direction while gunning down enemies all around you!