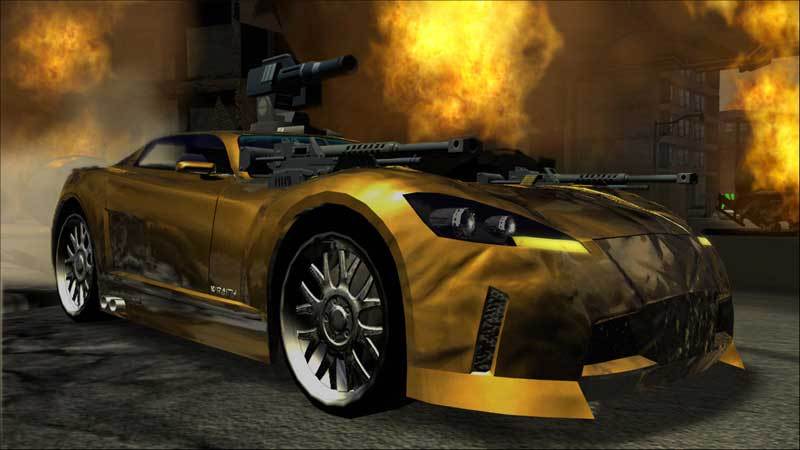 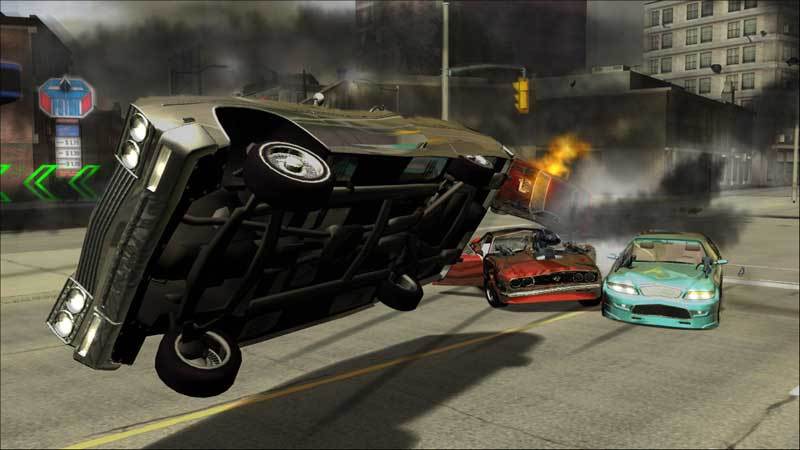 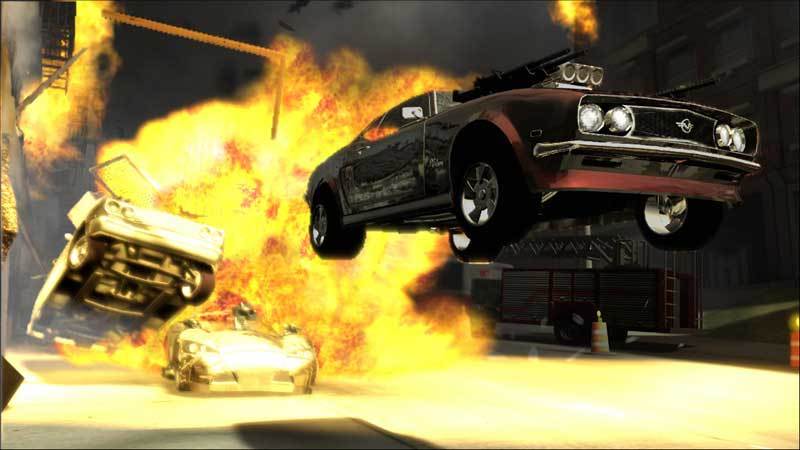 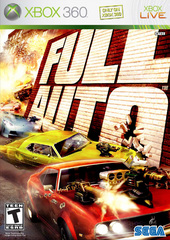 Full auto is an action packed game where you drive around blowing up.....EVERYTHING! In every area, full auto beats other games in this driving-shooting genre. Flatout is absolutely no challenge for this title. Long gameplay is a bonus…even the tutorial stages will give you a challenge! if you enjoy the power to destroy -most- of the levels, full auto is the game for you.

4 stars- when i destroyed a bridge i experience poor frame rates for a few seconds.

This game is absolutely awesome. There are about 30 cars to choose from and six weapon combos to put on the car its awesome. Its split screen so you and your friends can race each other and shoot each other. Its cool because its annoying in games when you can't get in the lead, No probs just shoot a missile at their car and they're dead. Its awesome game and its old so it would be nice and cheap. Highly reccomended to buy it!!!

Combine fully-automatic, weapon-equipped vehicles with highly detailed and interactive urban environments and you have Full Auto, the most destructive racing action ever experienced in a video game. Produced exclusively for the Xbox 360 video game and entertainment system from Microsoft, this racer allows players to choose from a wide selection of unique vehicle designs and arm them with any combination of machine guns, cannons, and other deadly weapons. The rules of the road don't apply in this high-octane, no-holds-barred competition. And once players have honed their skills against computer opponents, they can jump onto XboxTMLive and take on real players in both destruction-heavy lap courses and last-man standing arena matches.

In the near future, the city of Staunton is held hostage by a mysterious group known only as the Shepherds. As a retired driver, you are coerced by the Shepherds into a series of lethal street races, where the cost of competing is far greater than anyone ever expected. Employ the use of Unwreck, an ingenious new feature that allows players to rewind short periods of time. Botch a turn? Correct it. Miss a shortcut? Go back and take it. Under heavy fire? Use a second chance to evade the competition. Unwreck makes mid-race "restarts" a thing of the past.

Packed with more than ten play modes, including a 60-event career, Full Auto offers a degree of variety that surpasses even the most celebrated racing games of the current generation. Extensive multiplayer support via split-screen and online play ensures gamers will be burning (quite literally) the midnight oil with friends. Full Auto is destined to raise the bar for action-racing games.