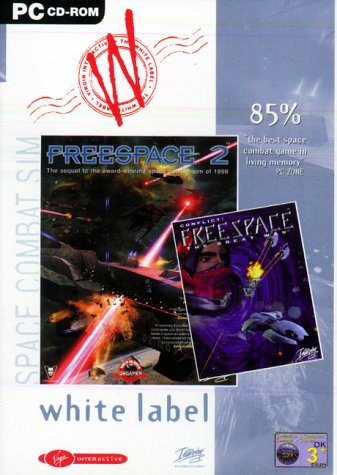 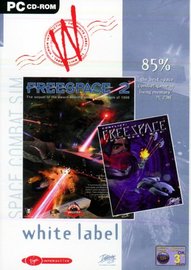 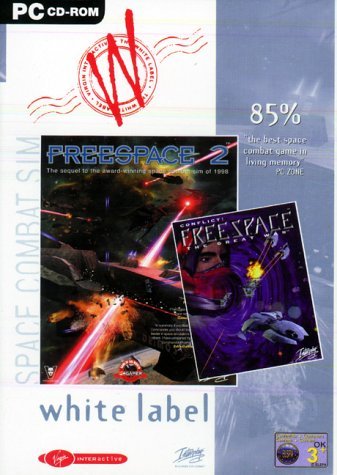 Unavailable
Sorry, this product is not currently available to order
This great-value collection includes Freespace and its sequel Freespace 2.

Perform your mission in any one of more than 40 detailed real-time ships with dynamic lighting, effects, and animation. Command intelligent squadmates, redirect up to 12 wingmen, and request reinforcements for intense dogfights. Track your statistics, ranking, and medals against players from all over the Earth. Up to 12-player Internet support and eight-player team-vs.-team support.

Create your own detailed missions using FRED, the fully featured mission editor. There are three unique species, each with its own strengths, weaknesses, tactics, ships, and fighting characteristics, driven by an advanced artificial intelligence (AI) system. Choose from eight different fighters and bombers, then outfit them with a wide array of advanced weaponry. Selectively target ship subsystems, defensive turrets, and fighter bays with an in-depth HUD combat system.

The drama of the award-winning space-combat simulation of '98 continues in Freespace 2, featuring massive juggernaut warships, jaw-dropping visual effects, and white-knuckle dogfight action. Explore a vast, enigmatic nebula and battle a mysterious adversary to determine the fate of humanity. The year is 2367. Thirty-two years have passed since the Great War. The only jump node to Sol collapsed long ago, isolating Earth from the Galactic Terran-Vasudan Alliance (GTVA), a new government uniting old enemies. As the Terrans and Vasudans struggle to rebuild their civilizations, civil war erupts in the Polaris system. A rogue Terran admiral declares war against the Vasudans, and his rebellion threatens the stability of the Alliance. Without warning, the Shivans return, and the GTVA launches a crusade to eliminate their Great War nemesis. Once again, the Alliance must crush the Shivan onslaught or face annihilation.