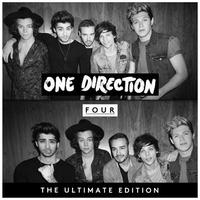 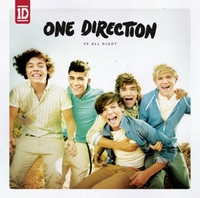 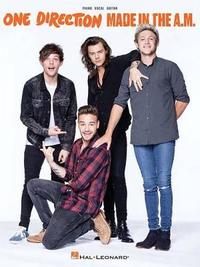 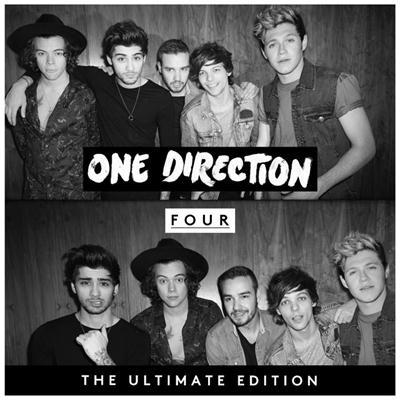 The planet's biggest pop band One Direction return with ‘Four’, their brand new album and the follow-up to Midnight Memories, the world's best-selling album of 2013!

The new album features the new hit single, ‘Fireproof,’ which is written by Louis and Liam with John Ryan, Jamie Scott and Julian Bunetta.

With a staggering 94 number ones and over 46 million records sold in just four short years, One Direction have gone from energetic pop upstarts to international superstars. Third album Midnight Memories made them the first band in history to debut at the top of the US Billboard chart with their first three albums and saw them named the IFPI's Global Artist of 2013 for becoming the biggest selling act in the world.

As the band's song writing becomes more personal with each record, FOUR is set to be their most stunning yet. The album follows the global success of their huge sell out ‘Where We Are' stadium tour and their 3D film documentary ‘This Is Us.’ Add all this to their 3 billion YouTube views, 109 million combined Twitter followers and 33 million Facebook fans and it's clear that Liam, Harry, Louis, Niall and Zayn genuinely are a worldwide phenomenon.

Review
If it's November and you're a One Directioner it can only mean one thing…time for another album. Four is the band's fourth album in four years, each released just in time for optimal holiday-season gift-giving. It's their fourth well-crafted, packed-with-great-pop-songs album in a row. Despite rumors flying about possible collaborations with everyone from John Legend to Pharrell to Good Charlotte, the band mostly worked with the same production team from Midnight Memories (Julian Bunetta and John Ryan) to craft an album that sounds perfectly up to date, but also just different enough from the usual chart-fodder to sound distinctive. Though the group and its team generally do a fine job with ballads, the tracks on Four with a little more life in them are the standouts. “Girl Almighty” is an odd mixture of “Crazy Little Thing Called Love,” Paul Simon, and Bollywood pop that doesn't sound like anything else on the charts, a couple tracks (“Stockholm Syndrome,” “Fireproof”) follow HAIM's lead and mix Fleetwood Mac-inspired vocal harmonies and sweetly slick '80s pop in a very pleasant way, and a handful more continue the group's odd but welcome fascination with '80s pop/rock, especially the very, very Journey-sounding “Steal My Girl.” “Where Do Broken Hearts Go,” too, feels like it time-traveled from the airwaves of an AOR station in 1984, where it was happily sandwiched between cuts by Bon Jovi and Bryan Adams. These tracks sound so good they can't help but overshadow the ballads that make up the rest of the record. It's becoming more clear with each record that in their current incarnation, the guys in One D are way better at the fun songs than they are at the ballads. Songs like the facile “Night Changes” and the overblown “Spaces” sound overcooked and the one big name they worked with, Ed Sheeran, lets down the side with his mawkish “18.” The lads sound much more convincing as fun-loving party boys or slightly melancholic crooners, and when they reach for the big emotions, they just can't reach them. Luckily on Four the scales are tipped heavily in favor of the kind of songs they do best, with the majority of them sounding like good-time hits that will go a long way toward warming up a cold November night. Tim Sendra – Allmusic.com