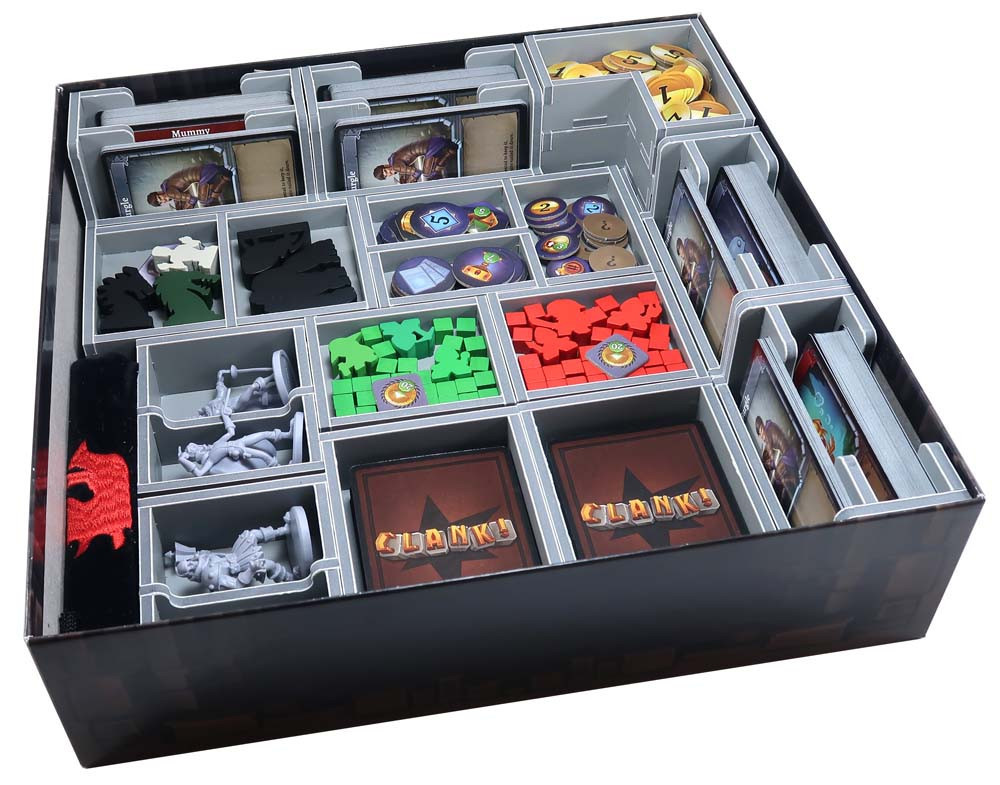 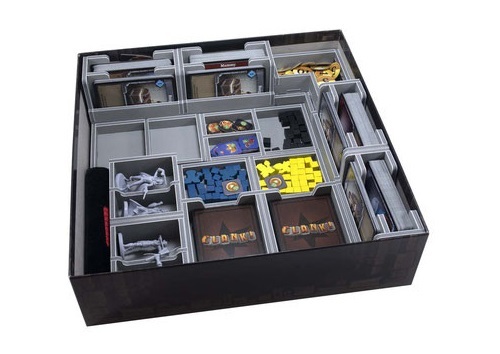 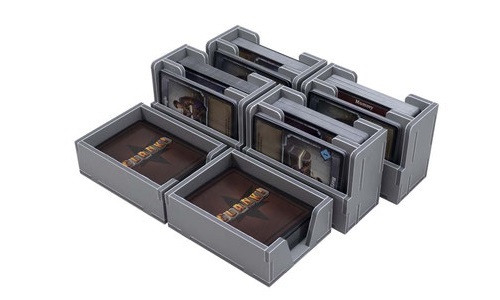 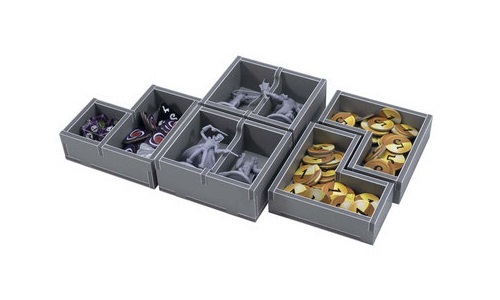 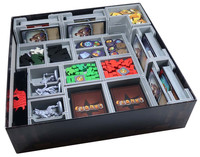 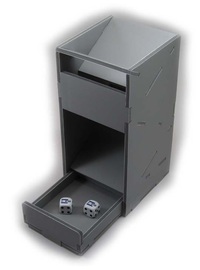 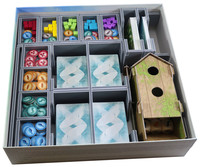 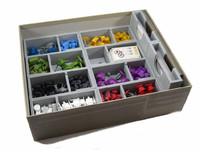 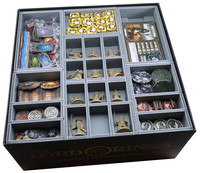 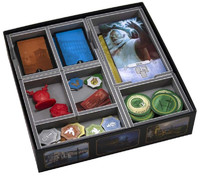 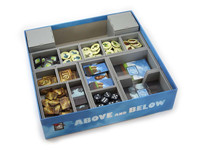 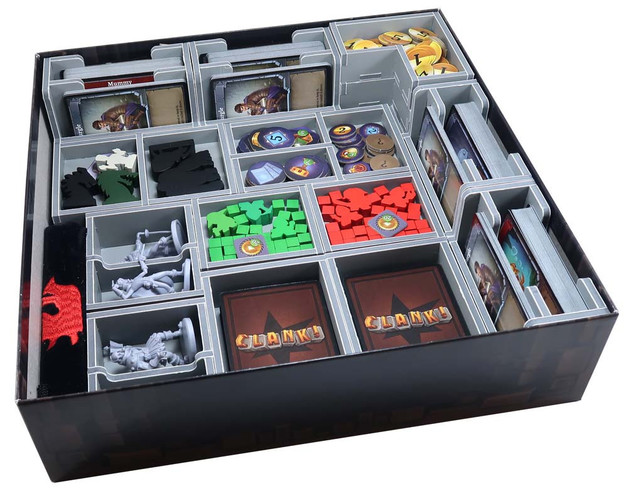 Insert compatible with Clank!®, and the Sunken Treasures®, The Mummy’s Curse®, Gold and Silk® and Acquisitions Incorporated: Upper Management Pack® expansions. The design provides both efficient storage and improved game play. Many of the trays can be utilised during the game, and they greatly aid set-up and clear-away times. The boards act as a lid on top of the trays.

The insert is arranged in layers and also has space for the soon to be released Temple of the Ape Lords® expansion components, but not for the expansion's board. Note also the cloth bag rolled up on the left. There are six trays for storing the large cards. Two of these are for horizontal storage of the dungeon deck. The other four are for vertical storage of the expansion dungeon decks, the reserve cards and the Acquisitions Incorporated® starter decks. Each of these four trays also have a slot in the front for the base game starter decks. All cards can be sleeved with quality sleeves.