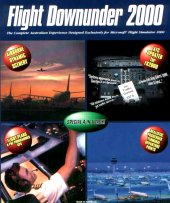 Due to COVID-19, we're unable to accept orders for non-essentials items at this time. Learn more...
The Complete Australian Experience Designed Exclusively for Microsoft® Flight Simulator 2000.