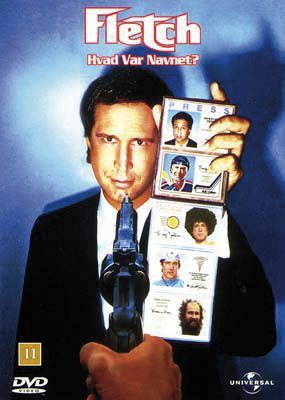 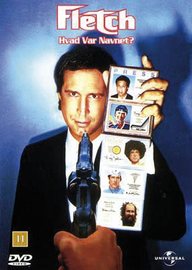 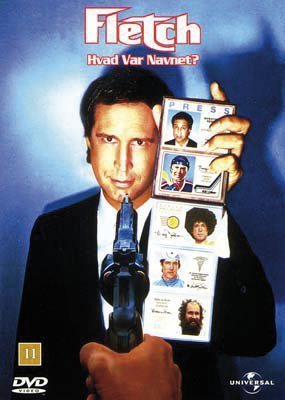 Gregory McDonald's lig­htweight mystery novel about an undercover newspaper reporter cracking a police drug ring is transformed by screenwriter Andrew Bergman (Blazing Saddles, and writer/director of The Freshman and Honeymoon in Vegas) into a fairly sarcastic and occasionally very funny Chevy Chase vehicle. Enjoyment of the film pivots on whether you find Chase's flippant, smart-ass brand of verbal humor funny, or merely egocentric. Chase seems born to play I.M. “Fletch” Fletcher, a disillusioned investigative reporter whose cynicism and detached view on life mirrors the actor's understated approach to comedy.

Fletcher offers Chase the opportunity to adopt numerous personas, as his job requires numerous (bad) physical disguises, and much of film's humor centers on the ridiculous idea that any of these phony accents or bad hairpieces could fool anyone. These not-so-clever disguises are put to use when Fletch becomes involved in the film's smart but continually self-mocking two-part mystery. As well as trying to gather drug-smuggling evidence against the LAPD for a long-overdue newspaper story, a rich and apparently terminally ill stranger also offers Fletch a large payoff to kill him. While the film does a fairly good job juggling both of these plots, not to mention tossing in a love interest as well, it's subservient, for better or worse, to Chase's memorable one-liners and disguises.