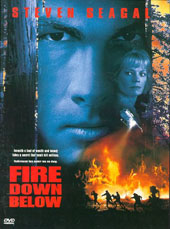 When an EPA representative is discovered dead in a small Midwestern town, government agent Jack Taggart (Steven Seagal) goes undercover to check things out. He finds that local coal mogul Orin Hanner Sr. (Kris Kristofferson) is cutting financial corners by disposing of hazardous waste wherever he pleases and that local kids are falling ill because of this recklessness. Taggart then works to stop the shady activity and save the town, but Hanner and his thugs soon grow suspicious of him.

Condition
Used - Acceptable
Well used but in working condition. Does not include original manuals and packaging.
Seller Details
MyTreasures 5 stars Ships from Auckland