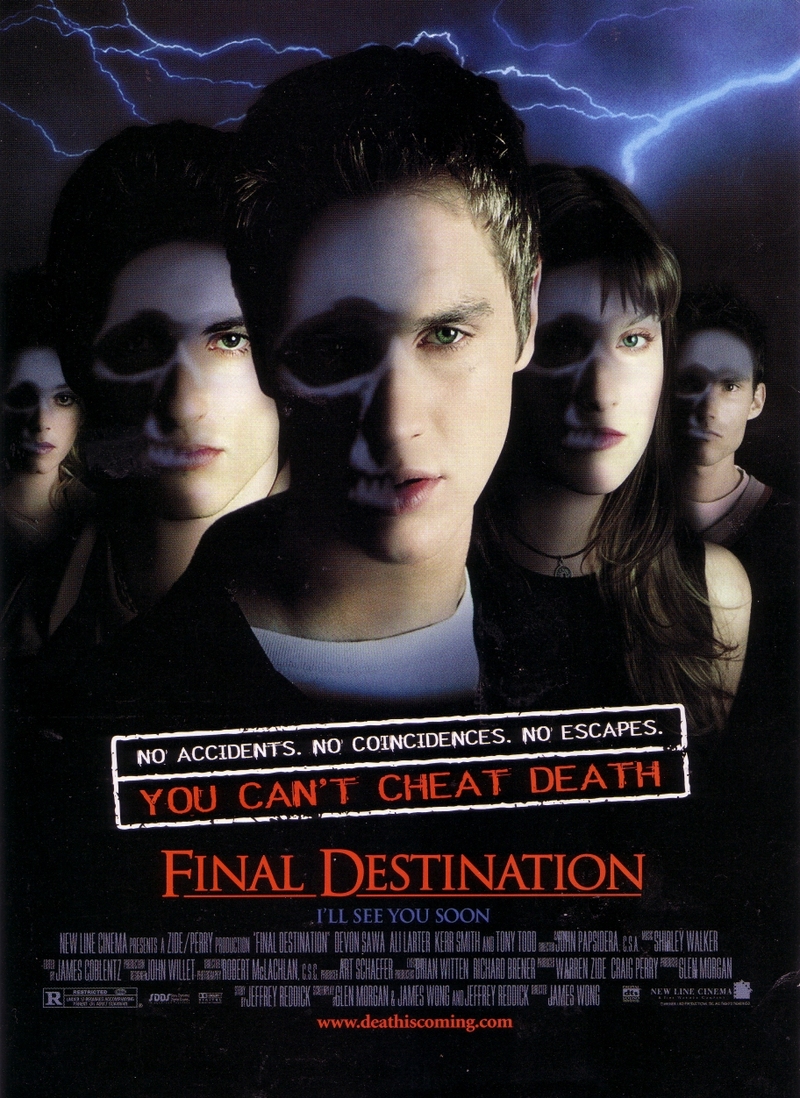 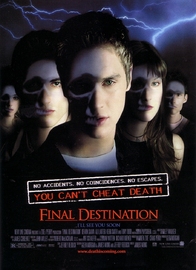 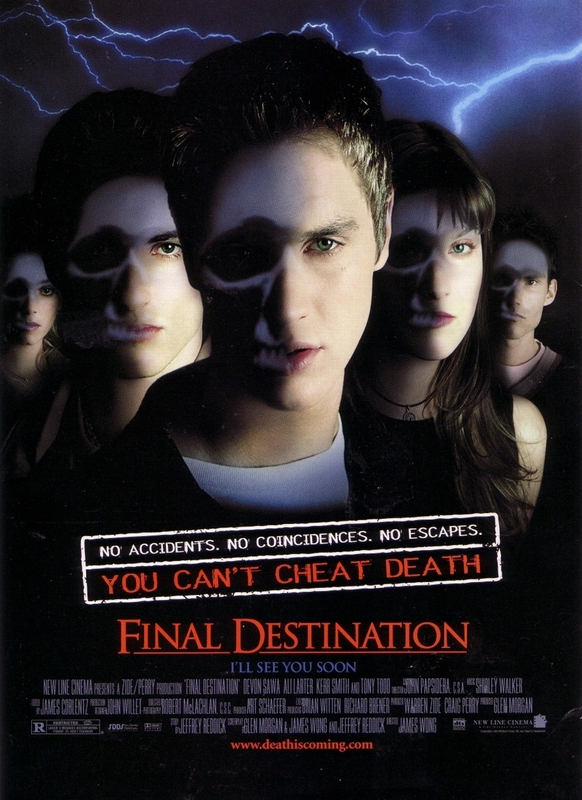 Death is coming and Alex Browning is blessed with the curse of knowing when, how and where the grim reaper will strike.

Alex's bone chilling gift reveals itself just as he embarks on a trip to Paris with his high school French class. In the plane's cabin, buckled-in and ready for take-off, Alex experiences his first powerful premonition. He sees the plane explode in a fiery blaze moments after leaving the ground. Sensing imminent doom, Alex panics and insists that everyone get off the plane. In the confusion that ensues, seven people including Alex are forced to disembark. Alex's horrific premonition proves tragically accurate and ultimately Alex comes to believe that somehow he and the others cheated death. One by one as each of these fugitives of fate meets an untimely end, Alex and his remaining friends must band together to change the course of destiny and outwit the untameable forces of death.