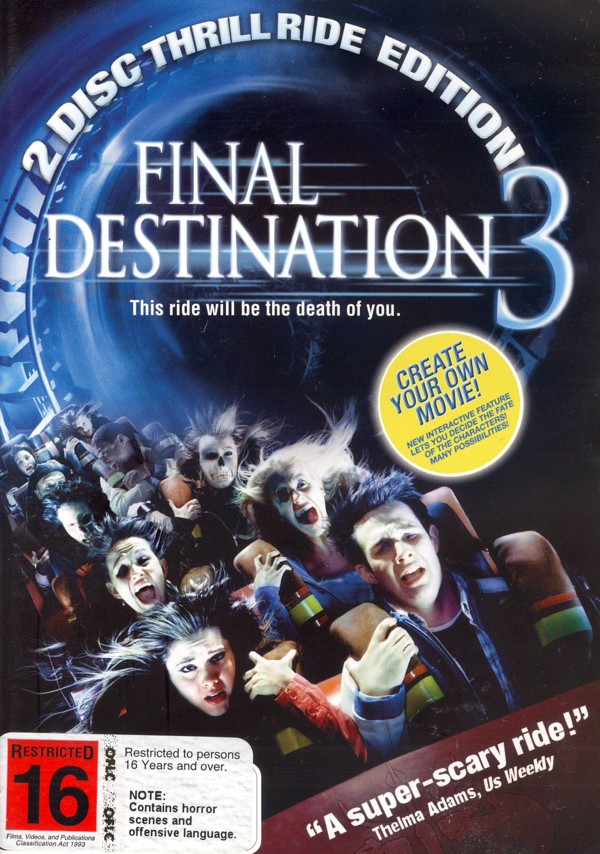 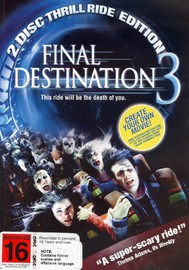 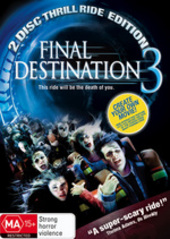 A rollercoaster ride of a movie with spectacular and grisly special effects!

In this third instalment of the Final Destination series, a student's pre­monition of a deadly rollercoaster ride saves her life and a lucky few, but not from death itself which seeks out those who escaped their fateDVD – Thrill Ride Edition puts viewers in the driver's seat with the unique “choose-their-fate” interactive viewing option, allowing viewers to change the course of the film and the destiny of the characters!