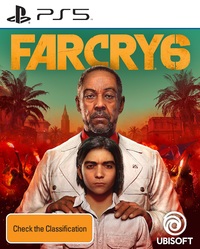 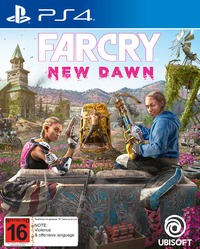 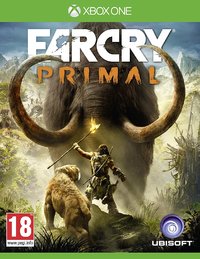 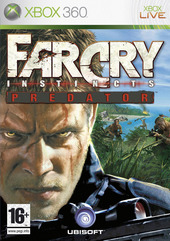 This game looks pretty good. But playing it, it just feels like a demo for a game engine which can make nice environments, with plenty of foliage, and nice water effects.

The gameplay is tedious, repetitive, and unsurprising. The weapons lack impact. Baddies getting hit dont react atal, until they've had enough, when they suddenly lie down…the animation is realy poor. The voice acting too…cruddy.

All in all, its a let down. BF2 and GRAW are both far superior games.

This game looks really great visually. Online play can be very frustrating, as gametypes cannot be switched , say from chaos to team chaos – without having to shut down, then re-open another room. I hope that this is fixed very very soon, as so many people I know have traded their copies in for other games to come( BF 2 etc) The map editor is awesome, lots of new things can be done (ziplines ahhhh! ), and lots of new weapons and vehicles. Will deserve a 5 star rating once it's fixed.

Far Cry Instincts Predator for Xbox 360 video game and entertainment system from Microsoft will feature both Far Cry Instincts Next Chapter and an enhanced version of the original Far Cry Instincts game. Offering the kind of lush and deep natural environment true to the Far Cry® brand, Far Cry Instincts on Xbox 360 will captivate gamers with its enhanced graphical reality and gameplay. Giving gamers the opportunity to discover the Far Cry universe in an optimized, high-definition environment, the game takes advantage of Xbox 360's multi-core next-generation engine for improved performance.