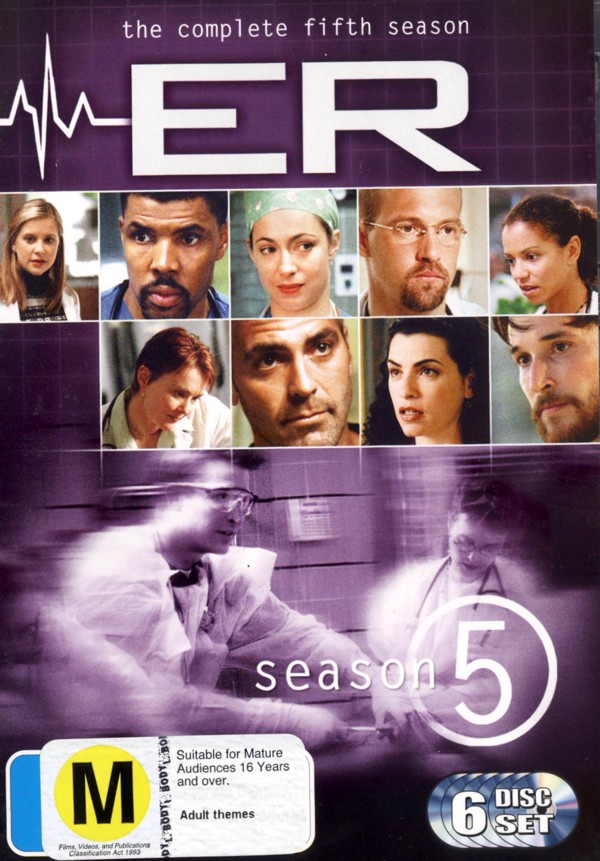 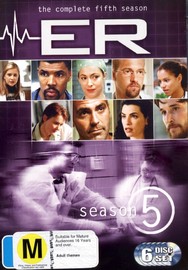 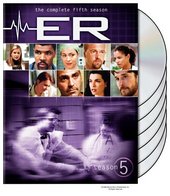 Life. Death. It all comes down to their split second decisions…

County General has its rules. Doug Ross has his. For years, the dedicated pediatrician has pushed the limits but now he goes too far – and it leads to his resignation in this remarkable 22-episode fifth season of ER.

The door swings both ways at the ER – eager med student Lucy Knight arrives. Her mentor for her first rotation is Carter, who knows well the pitfalls of being a student, but perhaps isn’t so adept a teacher. Also, Benton has a day- in, day-out patient on his hands then he learns his young son is deaf; Boulet faces a new health crisis; Weaver is passed over for chief; Corday and Greene find unexpected romance and Ross defies hospital protocols in his treatment of a dying child. The result: Ross goes and Hathaway stays…but will news that she’s pregnant with his child change his mind-