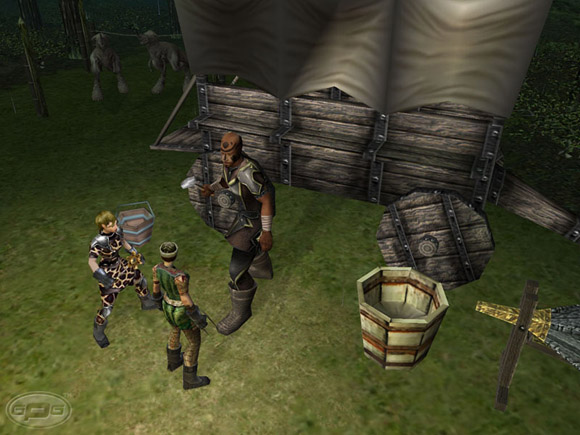 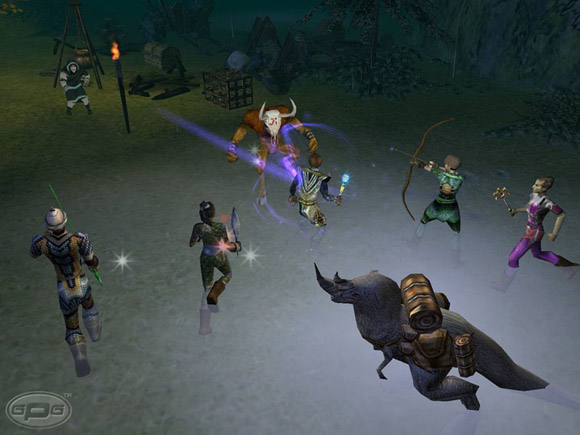 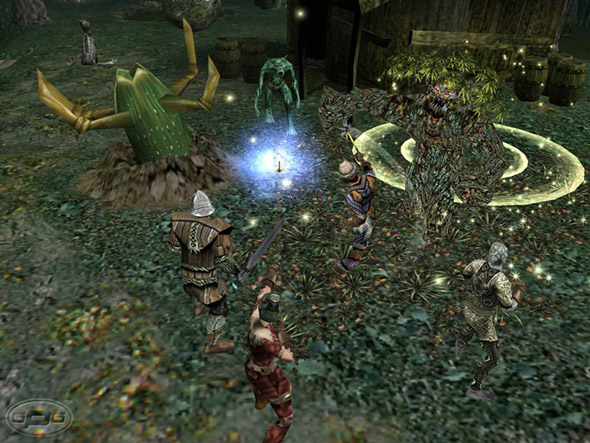 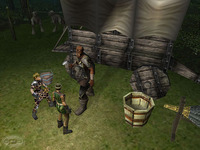 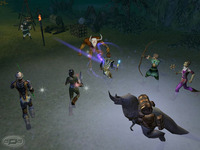 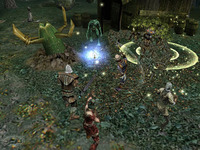 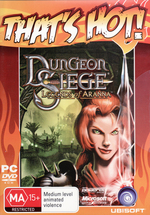 Gamers will soon be drawn outside the original Kingdom of Ehb and into the tropical island of Aranna to solve an ancient mystery. The expansion pack to the award-winning RPG of 2002 unveils an all-new campaign that will challenge players to explore and fight their way through nine spectacular areas, including an expansive new jungle region, as they unravel the rich history and mystery of the world of Aranna.

Legends of Aranna will also introduce new spells and special over-the-top spell effects to combat fierce new creatures such as Clockwork Beasts and Doppelgangers. Those not content to play a standard farm girl or farm boy will be able to choose a new half-giant player character; and even use spells to transform into a wolf, lava monster or troll. Players will be able to collect rare and powerful treasures, including new consistent styles of armor sets and collectables. Also available is a new pack animal that will defend the player's treasure to the death.

Dungeon Siege: Legends of Aranna is an expansion pack for Dungeon Siege, an action fantasy role-playing game featuring an immersive fully 3-D environment. Dungeon Siege plunges players into a 3-D fantasy world where players can build up a party and move seamlessly from one over-the-top battle to the next.