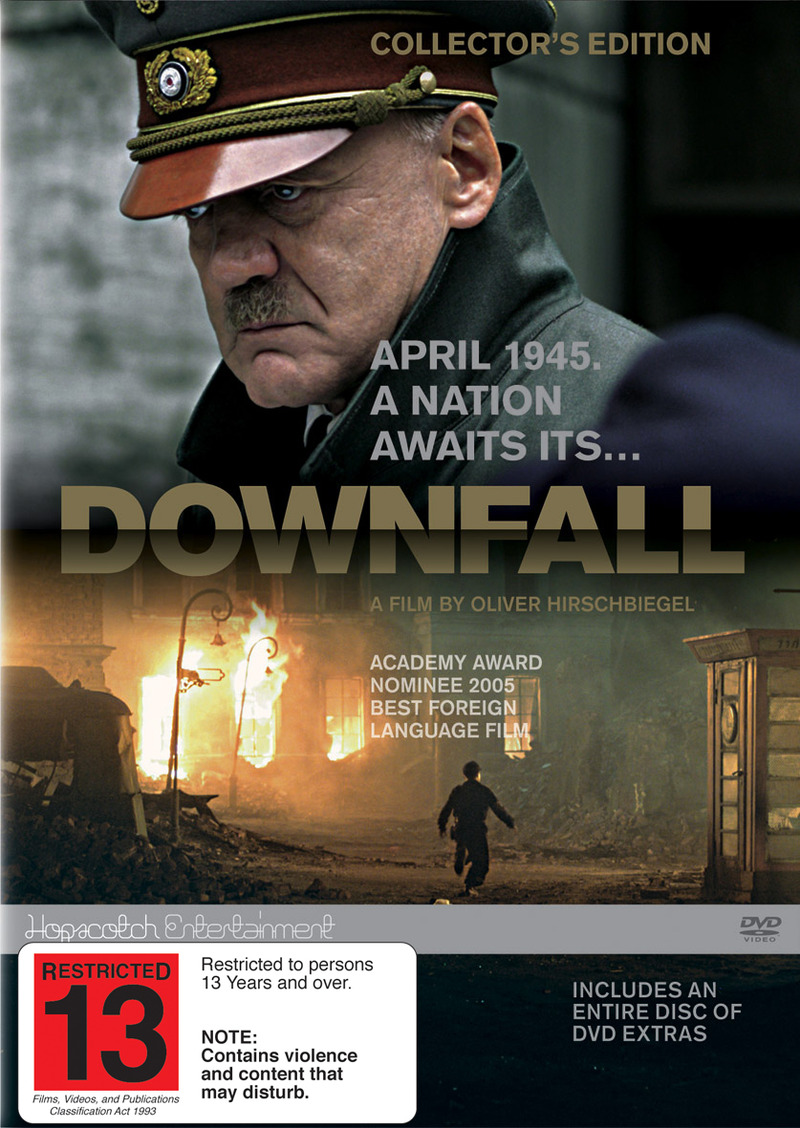 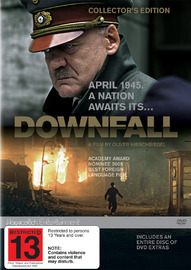 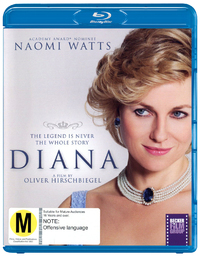 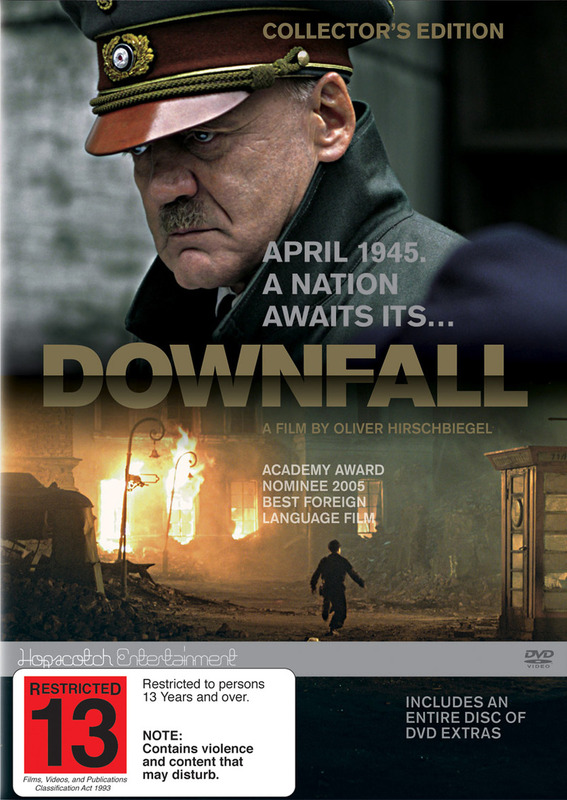 This is as close to what the notorious Adolf Hitler was like in his last days as you can ever get. Taken from eyewitness accounts not just trudal but also his personal bodyguard in the bunker aswell as others.

The historical accuracy is second to none, as you will see in the exceptional special features. That bunker and everything in it is as close to humanly possible.

You really feel the power he had over the german armed forces, especially when he gets into one of his rages. What can i say Bruno Ganz is so believable as hitler its scary, he should have won the academy award for his role. I've watched and read so much about WW2 history and you can't tell the actor from the character.

The most amazing thing about this movie is that the whole berlin outside scene's were filmed in a russian city called (back then) Leningrad! In the special scenes you will see how the german crew could not get over the hospitality of the russian people of Leningrad. Amazing considering the over 1 million Leningraders lost in the siege of WW2.

If you want to know what life was like during the battle for berlin, this is as close as you can get without smelling the gun powder.

Five thumbs up way up.

Downfall tells the tale of the end of the Third Reich from the perspective of a secretary in Hitler's inner circle. It is a fair rendering in factual terms and follows her story faithfully too. Nonetheless, there could be a better film on this epochal event, and one day there will be.

Set in Berlin, 1945, this powerful and provocative drama retells the final days of the Second World War as recorded in the diaries of Adolf Hitler's private secretary, Traudl Junge, while barricaded with Hitler and his closest confidants in the Fuhrer's secret bunker. Directed by Oliver Hirschbiegel with an astonishing performance by Bruno Ganz as history's most notorious figure, this unprecedented and controversial insider's perspective is a gripping insight into the madness and despertaion of Hitler in the final hours of the war as the Russian Army closes a ring around Berlin.
Release date NZ
May 25th, 2006
Movie Format
DVD Region
Edition
Aspect Ratio
Director
Oliver Hirschbiegel
Language
English
Length (Minutes)
149
Studio
Roadshow
Supported Audio
Genre
Box Dimensions (mm)
140x195x15
UPC
9398710532197
Product ID
1514230