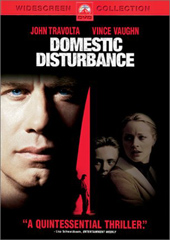 He will do anything to protect his family.

Susan Morrison is getting married to wealthy industrialist Rick Barnes. Danny, her teenage son with ex-husband Frank, isn't happy about this; he stows away in Rick's car one night, planning to go to Frank's house. But while there, he witnesses Rick murdering mysterious stranger Ray Coleman. Problem is, Rick's managed to dispose of most of the evidence, and he's considered a pillar of the community, while Danny has a history of lying. Frank believes him, though, and does some investigating of his own, as Rick's shady past slowly catches up to him and his new family.