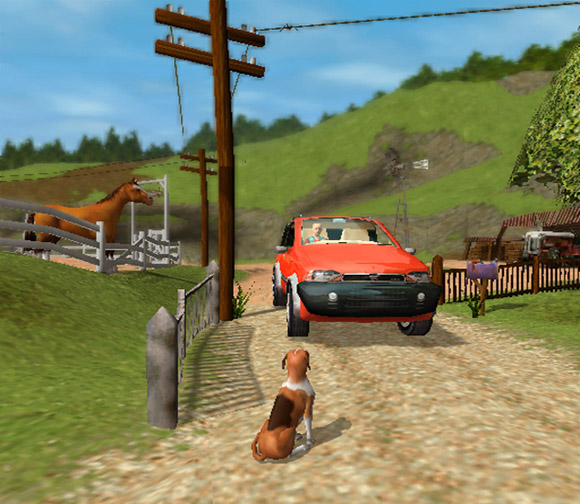 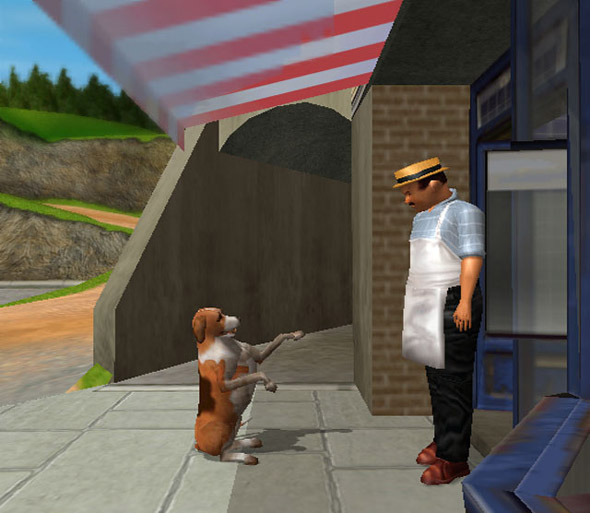 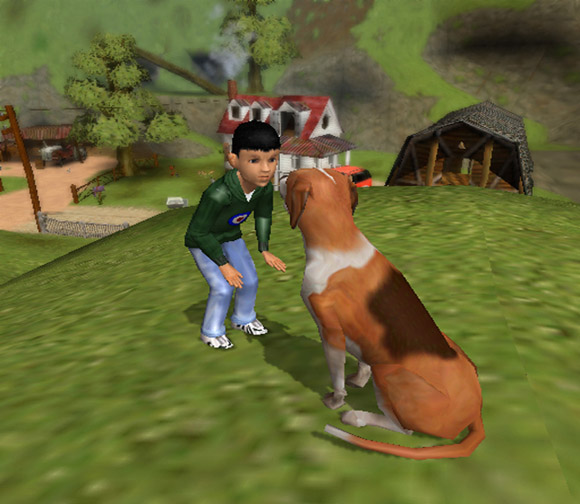 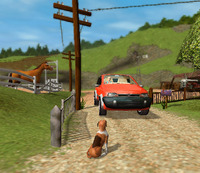 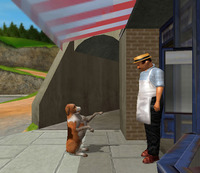 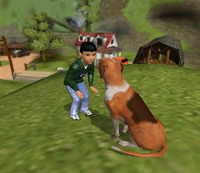 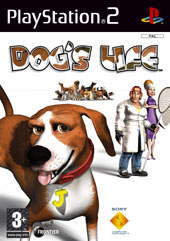 Stop!!! close this window right now!!!!! Dont scroll down!!! This game is terrible! I thought being a dog would be cool and fun, but this is just lame!!! Boring, repetitive and generally bad. Not a good game to own let alone buy! Please look else where for a good game. Then again a 5 year old might enjoy it for 10 minutes.

…To me it seems this game is too easy. Being an animal lover I hired this and I'm glad I didn't buy it. It took me 2 afternoons (about 5 hours) to finish this game. The general idea is good, but I expected something better.

Developed by Frontier under the direction of David Braben, the renowned developer behind the award winning game Elite, Dog's Life is an all-new 3D action-adventure in which players become Jake, a mischievous young dog who finds himself embroiled in an evil dog-napping plot. An epic quest to track down his best friend Daisy takes Jake all the way across the USA from his home in the sleepy Mid-West countryside, through scenic ski resorts, all the way to a bustling metropolis. Along the way Jake uncovers a sinister plot, hatched by the pooch-loathing Miss Peaches. As the adventure progresses, Jake matures from a lazy puppy into a true hero!

Dog's Life adds a completely new twist to the character-action genre. Jake does not just look like a dog – he is a dog, and through him the player is able to do everything a dog can do. Inspired by the creator's real-life pet, Dog's Life enables gamers to dig, chase, fetch, herd, swim, beg, hunt, mark territory – and more (so bring along your poopie scoop!)!

Players are free to wander the huge environments at their leisure experimenting with their canine abilities and interacting with the wide variety of non-player characters – both human and animal – that populate the game. Dog's Life is a "toy box" title that encourages non-linear exploration, and players can have just as much fun "being" a dog as completing the many missions that arise over the course of Jake's quest.

Dog lovers are invited to look at the world through their pet's eyes. Although usually played from a third-person perspective, Dog's Life also offers the unique 'Smellovision' mode – a selectable first-person perspective that provides a dog's view of the world, in which smells stand out as colours in an otherwise sepia environment.

Interacting with these smells is one of the ways in which Jake progresses through the game. By collecting scents, Jake is able to access a wide variety of mini-games – including racing, rat-catching, sheep herding and territory marking – that give him the ability to move between Dog's Life's expansive free-roaming areas. Often Jake will use his status to get other dogs to do his dirty work, giving the player more variety and puzzles, as they control over 20 breeds with special abilities – a Chihuahua can fit through a cat-flap and get to a previously inaccessible area, for example.

The game is split into 18 locations within three different areas and each level features a combination of character-based, story driven gameplay, systematic challenges and varied mini-games.